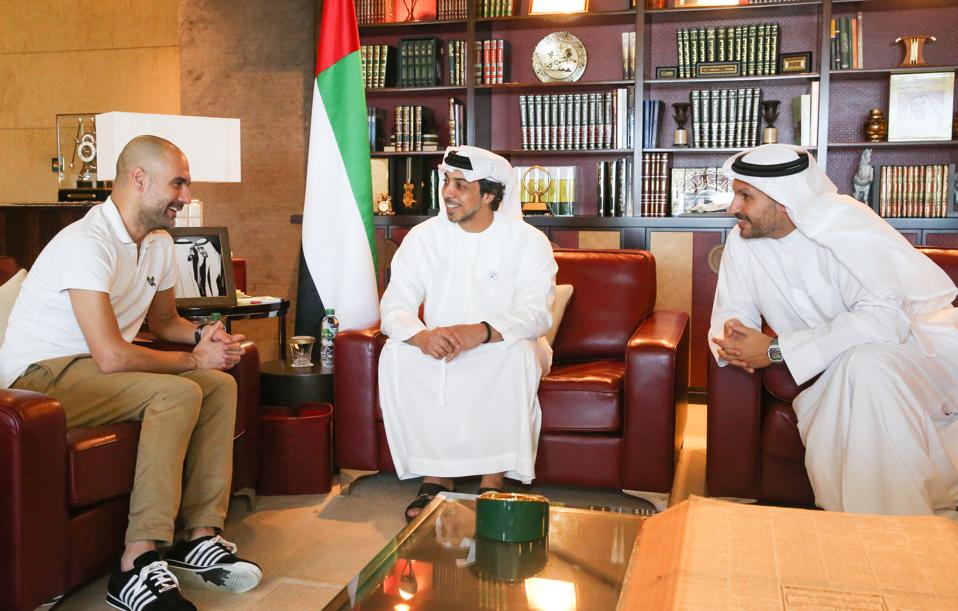 UEFA went atomic on Friday announcing that Manchester City has been banned from European competition for 2 years (2020/21 and 2021/22) and fined €30 million. It is the second time Manchester City has been punished by UEFA. In 2014, the team agreed to pay a conditional £49m fine as well as accepting restrictions on the size of its squad for European play and incoming transfers.

The latest sanction was announced three months after Manchester City failed in a bid to have the UEFA investigation kiboshed. City took its case to the Court of Arbitration for Sport (CAS) but the court found City’s appeal inadmissible.

“An appeal against the decision of a federation, association or sports-related body may be filed with CAS (…) if the Appellant has exhausted the legal remedies available to it prior to the appeal, in accordance with the statutes or regulations of that body.” Article R47 of the CAS Rules

Social media chatter has made it difficult to separate the facts from the bull, so here are the facts with some editorial added for the purpose of clarity.

Late in 2018, Spiegel International published a number articles alleging that Manchester City had been playing fast and loose when it came to Uefa Financial Fair Play (FFP) regulations and other licensing requirements.

The most damming allegation was that a holding company, Abu Dhabi United Group (ADUG), owned by Sheikh Mansour bin Zayed al Nahyan, a billionaire brother of the ruler of the United Arab Emirates, funneled money to City sponsors based in Abu Dhabi who then rerouted the money to Manchester City as sponsorship.

Sheikh Mansour is the owner of Manchester City, and as such, the scheme contravened FFP regulations.

The allegations were part of a new series of “Football Leaks.” At the time, Manchester City refused to make comment on the accusations but later claimed that Spiegel’s articles were based on hacked and stolen documents that were then taken out of context.

Uefa’s investigatory chamber started an investigation of Manchester City in the spring of 2019.

The investigation will focus on several alleged violations of FFP that were recently made public in various media outlets.

When City was officially charged in May of last year it claimed that the club had been subjected to a hostile process that the investigation had ignored a body of “irrefutable evidence.”

The charge and process

Uefa acknowledged the decision but offered no further comment given that Manchester City has the right of appeal to the CAS.

If Manchester City’s appeal fails and subsequent other action also fails, then the financial cost will far exceed the €30m fine. There will the cost of 2 years of UEFA Champions League prize money at an estimated €200m or more.

This reduction in revenue could set off a downward spiral that may leave Manchester City unable to carry their current costly squad.

Some have speculated that players could even try to have their contracts nullified based on the club’s gross misconduct. Two years of the no Champions League participation may also weigh heavy on coach Pep Guardiola’s decision about his future with the club.

Roll all this together and you can see why Manchester City is going to fight this one to the death.

Then there is another problem, the Premier League…….

If Manchester City has perpetrated an accounting fraud then they will also be in contravention of Premier League FFP regulations and subject to other league-specific sanctions.

And if that’s not enough, let’s remember that the present Uefa punishment covers just 2012 to 2016. If City has cooked the books and misled the authorities then it would seem plausible that they have continued to do so after 2016. This could lead to further fines and bans. Should Manchester City win this season’s Champions League – they play Real Madrid in the round of 16 – the win could be nullified.

Court of Arbitration for Sports

There is a lot of social media noise surrounding the CAS and there is a lot folks guessing what the law is and what the process is.

This is what the Court of Arbitration for Sport (CAS) does. The CAS process is generally more transparent that the Uefa process but if you don’t want embarrassing information to come out then that’s not necessarily a good thing.

Further, the CAS appeal is a fresh hearing of all evidence, essentially a new “trial”.

Manchester City’s emails were hacked so they can’t be used as evidence. Not so fast.

Uefa used hacked material to find Manchester City guilty. We don’t know that and it is very doubtful that Uefa did. Certainly, materials that were made public through Football Leaks are almost certainly hacked. However, opening an investigation based on readily available public knowledge is very different than using hacked material to prove a case.

Uefa investigators would have only needed to ask very straight forward questions and asked Manchester City to show the paper trail that supported their submitted financial statements. Based on the second charge, it can be presumed that Uefa believes that City failed to comply with the investigators requests.

When you get down to it the two charges are very fact based and there seems to be very little room for nuance.

A decision has to be reached before July 15 so England’s representation can be submitted for Europe’s two club competitions. The process could be expedited but if City lose they will almost certainly fight on by any means necessary. City’s punishment could be postponed pending a final outcome.

FFP is a farce and Manchester City shouldn’t be punished for bucking the rules. Just as in life, you may not like the laws of the land, but as a citizen (no pun intended) you are obliged to follow the laws.

Nobody forced Manchester City to play in the Champions League and nobody forced the team to cash the cheques from Uefa. Manchester City knew the rules and it worth remembering that the charge does not relate to failing to meet FFP requirements but rather the fraudulent submission of documents and failing to cooperate with the investigation.

This is part of a Vendetta by big clubs who are using Uefa and FFP to “get” Manchester City. Again, City signed on as a free and willing participant in the Champions League. It’s a fact that the genesis of Financial Fair Play was long before Manchester City was a twinkle in Sheikh Mansour’s eye.

Further, if the Premier League and the Football Association take action would that mean that all of English football has signed on to the Vendetta?

Simply put, this is a case initiated by UEFA, prosecuted by UEFA and judged by UEFA. With this prejudicial process now over, the Club will pursue an impartial judgment …

The fact is the system is used by every major sports’ organization in the world and is the reason why the CAS concept was conceived in the 80s. The same process is followed by sport organizations as a matter of course because otherwise the formal legal systems around the world would be clogged with sport issues, most of them petty.

Sport is not above the law but it has been acknowledged many times by the formal legal system that it has a right to make its own rules and to follow its own disciplinary system.

Is this really such a big deal?

It actually is. The charge is one of accounting fraud which is a form of theft. Beyond the sanctions applied to the club there are also potential ramifications for any Manchester City personnel such as lawyers and accountants who may have been part of the alleged fraud. That also goes for directors of the club.

Coronavirus Recession? No Worries – 10 Reasons To...

As Stein Mart Goes Private Will It Be...