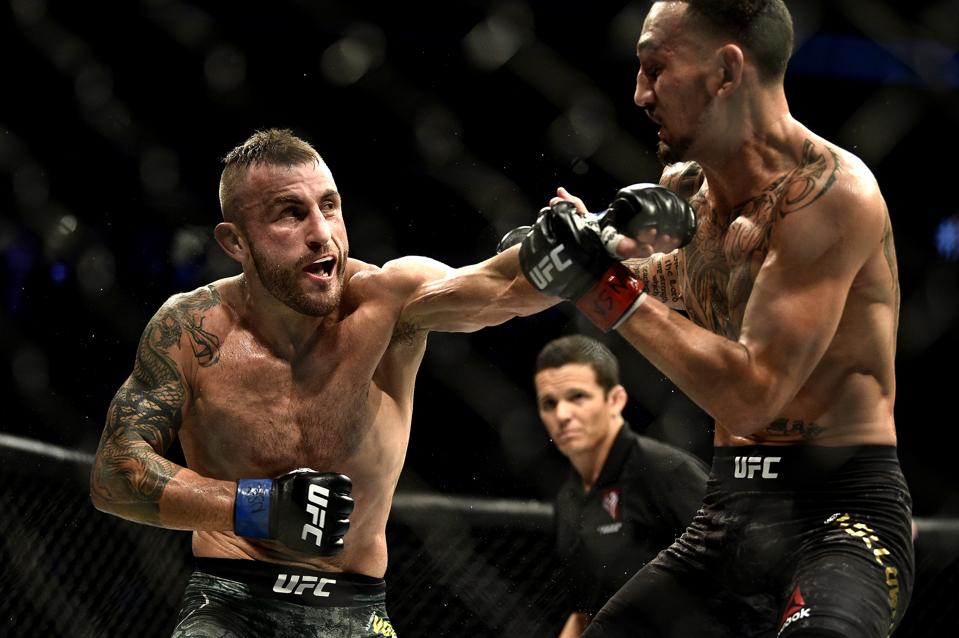 Max Holloway entered his UFC 245 matchup against Alexander Volkanovski with three defenses of the UFC featherweight title on his resume. The 145-pound kingpin was also in the midst of a 13-fight featherweight winning streak. Holloway’s previous featherweight defeat came to a pre-champion Conor McGregor in 2013.

When Volkanovski joined the UFC in 2016, Holloway was eight fights into his unbeaten featherweight run and one fight away from defeating ex-lightweight kingpin Anthony Pettis and claiming the interim 145-pound crown. Volkanovski ended Holloway’s winning streak and title reign last night in Las Vegas.

Holloway vs. Volkanovski served as the co-main event of last night’s UFC 245, which took place at T-Mobile Arena in Las Vegas. The event featured two other title fights. Holloway was the only fighter who was unable to retain their belt on the card.

Volkanovski, who does some of his training at City Kickboxing in Auckland, New Zealand, became that small and tightly knit team’s second champion with the win. He joins middleweight kingpin Israel Adesanya, who claimed his title in October knockout win over Robert Whittaker.

The new champ, who entered UFC 245 on the strength of wins over former featherweight champ Jose Aldo and former title challenger Chad Mendes has looked better each time he’s stepped into the octagon. Volkanovski’s win over Holloway was his masterwork.

The 31-year-old Volkanovski won the bout by unanimous decision, but he did admit that he felt some nervousness before the final scores were read.

“… Obviously, I thought I was winning, but I didn’t know,” Volkanovski said at the post-fight press conference. “My corner did a really good job of letting me know that and not getting caught up into his game. My shins are a little sore, but my gameplan went well. So it was good. Again, I was saying, we’re both very high level. It was a chess match in there, and I got the job done.”

“I don’t want to sound like a sore loser. I didn’t watch no tape. I don’t know what happened,” Holloway said. “I felt like we was doing enough, but there’s three guys’ opinions that matter the most and they didn’t see it my way so at the end of the day it is what it is. We’ll be back. Like I said, I’m only 28. I’m only 28, guys, I’ll be back and we’ll be ready.”

The stats from the fight, which entirely took place on the feet, favored Volkanovski ever so slightly.

How To Go Full-Time Chromebook, Save Money, And Ditch The MacBook And Windows 10 (And Switch To A Google Pixelbook Go)

What Do Great Leadership Training Programs Have In...

A Massive Hit For Bad Bunny And Ozuna,...

How to Integrate Chat Into Your Marketing

This Is How Small Businesses Are Using Video...