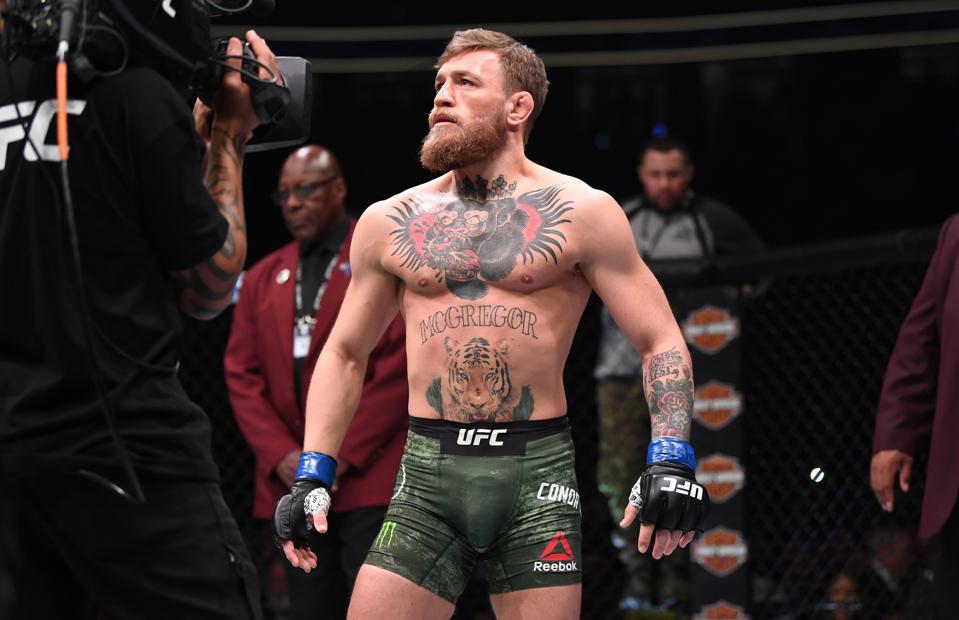 LAS VEGAS, NV – OCTOBER 06: Conor McGregor of Ireland stands in his corner prior to facing Khabib … [+] Nurmagomedov of Russia in their UFC lightweight championship bout during the UFC 229 event inside T-Mobile Arena on October 6, 2018 in Las Vegas, Nevada. (Photo by Jeff Bottari/Zuffa LLC/Zuffa LLC via Getty Images)

The UFC holds its first card of 2020 on January 18. That event, UFC 246, takes place in the town the promotion calls home, Las Vegas. The headline contest is a welterweight bout between former two-division UFC champion Conor McGregor and ex-lightweight title challenger Donald Cerrone.

The main event, while being contested at 170 pounds, could have title implications for at least one of the fighters. UFC president Dana White has said that if McGregor wins and current lightweight champion Khabib Nurmagomedov wins his April matchup against ex-interim lightweight champ Tony Ferguson, the UFC could book a rematch between Nurmagomedov and McGregor for the lightweight title. Cerrone has not publicly been offered the same courtesy.

The main event of UFC 246 marks the first time McGregor steps into the octagon since Nurmagomedov submitted him in the fourth round of their October 229 matchup at UFC 229. Cerrone enters the bout coming off TKO losses to Justin Gaethje and Ferguson.

Pettis, who has fought at lightweight, welterweight and featherweight over the past three years returns to 155 pounds after two fights at 170. He meets Carlos Diego Ferreira, who is in the midst of a five-fight winning streak. Pettis, who began his career on an 18-2 run, has gone 4-7 dating back to March 2015 when he lost the lightweight title to Rafael dos Anjos. He is coming off a loss to Nate Diaz in August.

Like Pettis, Holm has struggled since losing her title. The ex-women’s bantamweight queen was 10-0 in November 2015. Today, Holm is 12-5 and coming off a TKO loss to current two-division champ Amanda Nunes. Holm faces ex-title challenger Raquel Pennington, who is 5-2 since September 2015. Pennington scored a split decision win over Irene Aldana in her most recent outing.

Other fights announced for UFC 246:

Conor McGregor’s Return Is About One Thing: Millions Of Dollars For UFC

The Promise Of Technology For Health In 2020...

The Power Of Persuasion: Actionable Business Takeaways From...

The Devil Wears Prada Musical Has Found Its...