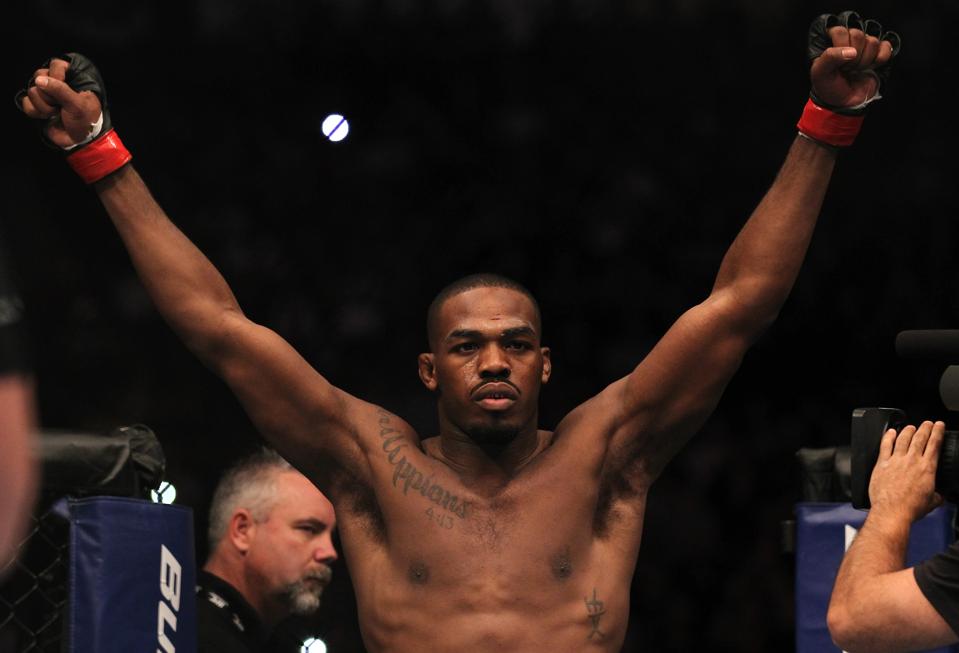 TORONTO, ON – DECEMBER 10: Jon “Bones” Jones prepares to enter the Octagon before his bout against … [+] Lyoto Machida during the UFC 140 event at Air Canada Centre on December 10, 2011 in Toronto, Ontario, Canada. (Photo by Nick Laham/Zuffa LLC/Zuffa LLC via Getty Images)

When Jon Jones got the call from the UFC, he was still in his first year of competition as a professional fighter. He debuted in April 2008. By July, Jones was 6-0 with six stoppage wins. The UFC needed someone to face Andre Gusmao on short notice on August, 9. The 21-year-old Jones agreed to be that fighter. Jones entered that contest as the underdog. He won that fight by decision.

In his next outing, the UFC pitted Jones against Stephan Bonnar. Jones was once again the underdog. He pulled off another upset. Since that January 2009 fight, Jones has been the favorite in every other UFC contest he’s entered. He’s ranged from a -223 favorite (Mauricio Rua) to a -1100 favorite (Chael Sonnen) in those matchups. The only loss Jones suffered was against Matt Hamill. The referee disqualified Jones in that contest because of illegal elbows. He was a -305 favorite over Hamill on fight night.

Jones, who is the current UFC light heavyweight champion, faces Dominick Reyes in the main event of UFC 247. Jones is coming off a split decision win over Thiago Santos. The win marked the first time a Jones victory was not a unanimous decision or stoppage.

The 30-year-old Reyes was 6-0 with six stoppage wins when he joined the UFC on short notice in 2017. Today, he is 12-0 with nine stoppage victories. Reyes is coming off a first-round knockout win over former middleweight champion Chris Weidman in October. He is currently the No. 4 ranked fighter in the official UFC light heavyweight rankings.

What Is Groundhog Day? How The Wacky Tradition Can Help You Understand Our Place Is Space

What Are The Pitfalls Of People Analytics And...

Calculate Your Addressable Market Size To Help You...

Gerrit Cole’s Signing With Yankees Will Be True...