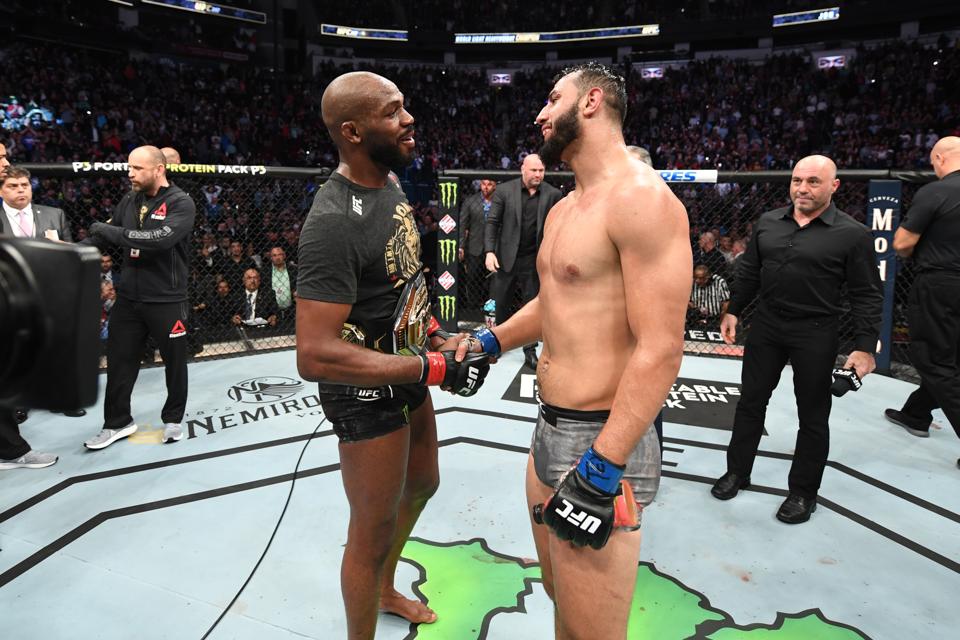 Before UFC 247, two of the toughest fights in the career came against Daniel Cormier and Alexander Gustafsson. Jones scored a unanimous decision win over Gustafsson in September 2013 and defeated Cormier in January 2015 in the same manner. He would go on to score knockout wins over those two competitors when he met them in rematches (the Cormier win was overturned after Jones failed a drug test). Jones had another tough fight on Saturday night when he defeated Dominick Reyes by unanimous decision in the main event of UFC 247. It sounds as if those two could also be in for a rematch.

“It’s my job to embrace the toughest challenges,” Jones said at last night’s post-fight press conference. “That’s what a champion is being about. I fought D.C. twice. I had no problem signing the contract. I fought Alexander Gustafsson twice and had no problem signing the contract. If the people want to see me fight Dominick again, it’s going to be up to Dana White to find a way to make that happen.”

Jones won the fight by scores of 48-47, 48-47 and 49-46, but there were many, including UFC president Dana White, UFC commentator Joe Rogan and MMA media members, who scored the fight in favor of Reyes. Even Jones said he was unsure of where things stood before the final round of the five-round matchup.

“I wasn’t always confident I was winning the fight,” Jones said. “I was confident that I wasn’t going to be giving up or slowing down. Greg Jackson said to me, ‘Jon, you may need to win this fifth round to win.’ The heart of a champion said, ‘No problem, coach. I got that. I can do that for you. I can leave it all out there. I’ve got five minutes left.’

In the final five minutes, Jones landed 76 percent of his significant strikes while pushing much of the action. Each of the three judges scored the final round in favor of Jones, who retained his UFC light heavyweight title with the win.

“I think I displayed the difference between a champion and an extraordinary contender,” said Jones. “He had all the tools. I think he had the endurance. Something special happens when it’s time for the champion to present himself. You guys saw it tonight in the fifth round.”

The win was Jones’ 14th victory in a UFC title fight, which gave him the most wins in title fights in the history of the promotion.

Lil Wayne Charts His Fifth No. 1 Album With ‘Funeral’

Dreams Die Fast At Old Trafford But All...

Why Your CEO Search Should Begin At Startup...

Griezmann Is ‘Isolated’ At FC Barcelona By ‘Jealous’...

Pharmacy Wars: Why Patients Are The Real Winners