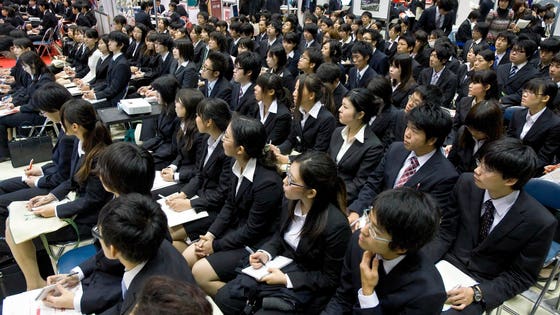 UNIDAYS is a student-only shopping app used by over 13 million college students. It offers exclusive deals and opportunities worldwide. This privately held company is headquartered in Nottingham, England and its app is available on campuses in 114 countries.

I met with Jon Hawley, one of the co-founders of the privately held company. The company was launched in England in 2011 by Jon Hawley and Josh Rathour, CEO of the company. It expanded into parts of Europe during the next two years, and in 2012 it also opened in Australia. In 2013, it took the fateful step of opening in the United States. Germany opened in 2014; Italy in 2016, Japan and China were opened in 2018. Today, it has expanded into an amazing 114 countries and is used on 70,000 campuses. That accounts for about 13 Million students who spent $3 Billion globally in 2018. I am told that 2019 had a significant increase in sales. I was also told that all countries were profitable.

There are about 5 Million students who use the UNIDAYS app in the United States which compare to 3 Million in the United Kingdom. In the U.S., student members can choose to shop from a number of famous brands – which include Apple, Samsung, Microsoft, Nike, Clinique, Kate Spade, JCPenney, Hollister and many others. In total, 8,000 brands partner with UNIDAYs. However, this includes brands that create a specific offer for a given country.

Students love the app. They should. After all, they can get discounts on stuff they need. I saw JCPenney was offering a 15% discount and a special discount of 30% as well. Wow, that would get anyone interested. Sainsbury (British food store) offered a 25% discount on six bottles of wine, and Microsoft had a 15% discount on all merchandise. Discounts are persuasive, and college students are always ready for a good deal.

One can worry about students spending too much time on the app. While a professor might explain a complicated theorem, some students might be shopping on the app. While that type of distraction can happen with any on-line retailer, I suspect the registered students who can shop for the value offerings on this app might occasionally be guilty of taking a peek at the site.

The Gen Z generation, to whom the app speaks, was raised with technology, the internet, and social media. They are price conscious, appreciate good value and often insist on quality brands. They recognize brand names and often make investment purchases. Therefore, UNIDAYS knows it can only offer verified brands that will offer discounts, internships, events and scholarships to the Gen Z students.

Brands control their offerings and how they are presented. They can decide on the discounts offered to students, sponsor events at a certain University, or write in sophomoric language. Because the language they use is often the slang language of the youngsters that use the app, readership is very high and adds to the success of the company.

I think that UNIDAYS is a terrific technology app with great growth potential. A student has to be registered at a College or University, or other postgraduate institution, in order to use the app, so he or she will have only a limited time to use it. That means the company has to continually promote themselves to get new student members. Management told me that events they are planning should propel the app to significant growth in 2020.

Bulls’ Denzel Valentine Could Be On His Way...