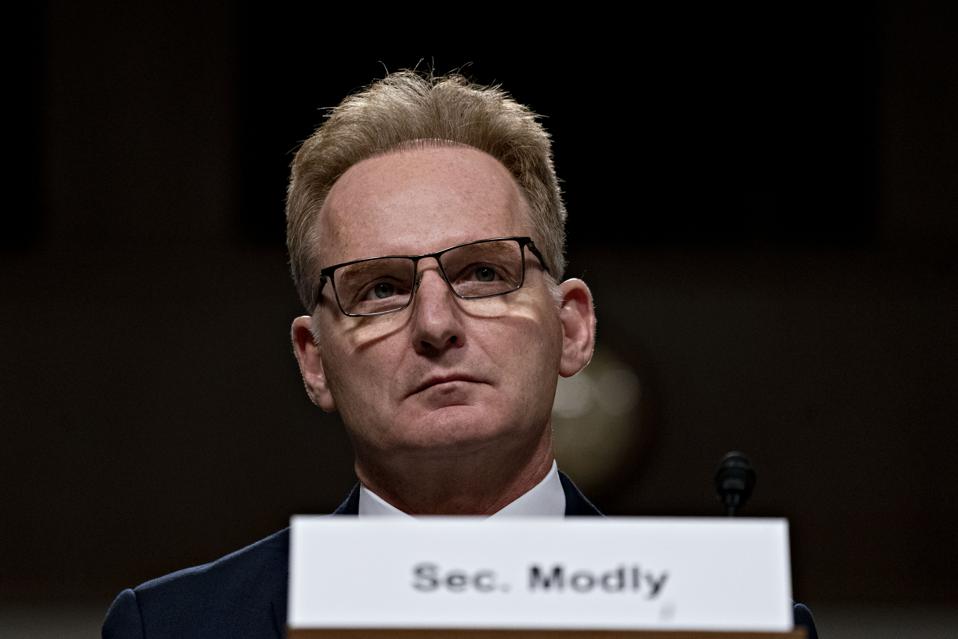 The Department of the Navy is preparing to announce a crash program to find “at least $40B in real line-of-accounting savings” over the next six weeks. This lighting-fast cost-cutting initiative, called a “Stem-to-Stern Capability Strategic Review”, will begin on February 18 and end on Tuesday, March 31.

The projected $40 billion in cuts will meet a budget savings target in the Navy’s Fiscal Year 2022-2026 “Future Years Defense Program” and support a required June Program Objective Memorandum (POM) submission to the Office of the Secretary of Defense.

While nothing is exempt from review, the Navy intends to primarily look for savings in eight areas: 1) Duplication of Information Technology systems and infrastructure; 2) Consolidation/Elimination of headquarters, commands and organizations; 3) Streamlined naval logistics; 4) Enabling capabilities that can be outsourced; 5) Enabling capabilities that can be consolidated to support an integrated naval force; 6) Reductions in Global Force Management offerings; 7) Significant reductions in service support contracts; and 8) Organization structure and manning constructs.

These steps will complement existing Marine Corps’ budget-cutting efforts that are already underway or about to commence.

The cuts will be rapid, following the model set by Secretary of Defense Mark Esper in the U.S. Army’s notorious budget-cutting “Night Court” that has, over the past two years, identified approximately $13 Billion dollars in savings over the next five years. The Navy’s goal is to “beat Army” by cutting far more, far faster. The proposed six-week purge aims to find an average of eight billion dollars of savings per year between Fiscal Years 2022 and 2026.

This effort to “identify low priority, redundant, or legacy capabilities, programs, processes, or headquarters functions that can be realigned, eliminated, or reduced to meet the DON’s resource needs” will be co-chaired by the Deputy Undersecretary of the Navy, Director, Office of the CMO, a 3 Star (or equivalent) from each Service, and will include representatives of the Assistant Secretaries of the Navy and the Chief Information Officer.

What is the Navy Thinking?

Cutting Navy costs so steeply and quickly is another gutsy act of bureaucratic bravado from Acting Secretary of the Navy, Thomas B. Modly. Finding 40 billion dollars in redundancies and inefficiencies outside the Navy’s shipbuilding budget will help the Navy absorb the cost of contributing to the Donald J. Trump Administration’s border wall project and, ultimately, pay for the looming cost of the Columbia class ballistic missile submarine.

But it all may end up being more flash than substance. So much has been cut from the Navy already that any additional cuts discovered under the “Stem-to-Stern Capability Strategic Review” may not be able to be fully enacted, or they risk simply “popping up” elsewhere, reconstituted by a skeptical bureaucracy.

In other cases, the cuts could be so politically unpopular that only an Acting Secretary could dare propose them.

Identifying and sacrificing politically popular “sacred cows” could offer the biggest opportunities for Secretary Modly’s cuts. The Navy’s top-heavy Chaplaincy Command, for example, is a potentially viable target for consolidation and, potentially, outsourcing. During World War II, a single captain led 2,800 chaplains in the support of 3.2 million naval service members. Today, while the Navy has shrunk by about 90 percent, the Navy Chaplaincy has resisted cuts and become administratively bloated. According to a 2007 Navy news release, the Navy employed 856 active duty chaplains, 232 Reserve chaplains, 782 active duty religious program specialists, and 202 Reserve religious program specialists, led by a two-star admiral and a brace of one-star admirals. Rational cost-cutting measures could force the command to shrink to about 280 chaplains (reflecting the commensurate 90% reduction in naval force size since World War II), force the elimination of the Naval Chaplaincy School and Center and return cadre leadership to a lean structure led by a captain.

Some longtime naval observers expressed pessimism, suggesting that the cuts would either fail to materialize, or that the expenses would manifest later, in a different guise. Others worried that a hurried cost-cutting exercise would damage a Navy that is only now beginning to repair the damage from hasty a-strategic budget-cutting decisions that were made more than a decade ago.

But others were more positive. House Armed Services Committee member and naval veteran Congressional Representative Elaine Luria (VA 2), responded “I am glad that the Navy is conducting this review. The Navy has grown over several decades in many areas that do not directly support warfighting.” She continued, “A thorough analysis to identify non-essential functions which are not directly combat-enabling is necessary. I can only assume that the savings identified in this study will be recapitalized to ensure modernization of the Navy’s leg of the nuclear triad, to fulfill the ambitious shipbuilding goals of the yet-to-be released Integrated Naval Force Assessment, and to provide resources to maintain the Navy’s crumbling infrastructure.”

By announcing these cuts, Acting Secretary Modly is, again, taking himself towards perilous political ground. With an interlocking set of strategic initiatives set to roll out over the coming months, his team will be challenged to identify the “right” things to trim from the Navy’s budget. Ill-defined and rushed cuts may alienate the Navy, leaving the Service without Congressional allies it will sorely need to enact Modly’s next-generation vision for the future fleet. But if the cuts do what they are meant to do—eliminating long-standing “sacred cows” and programs long known to be ineffective—Navy Secretary Modly will have strengthened his position as one of the most politically adept Naval Secretaries of the post-Cold War era.

The Promising Outlook Of Wearable Technology For Diabetes Management

How to Find Better Independent Contractors for Your...

A Black Female Founder Pivots To Meet The...

How Do We Evaluate Damian Lillard’s Historically-Bad 3-Point...

Lower Prices And Health Safety Concerns May Give...