Home Technology What If The FinTech Market Slowed Down in 2020?
Technology 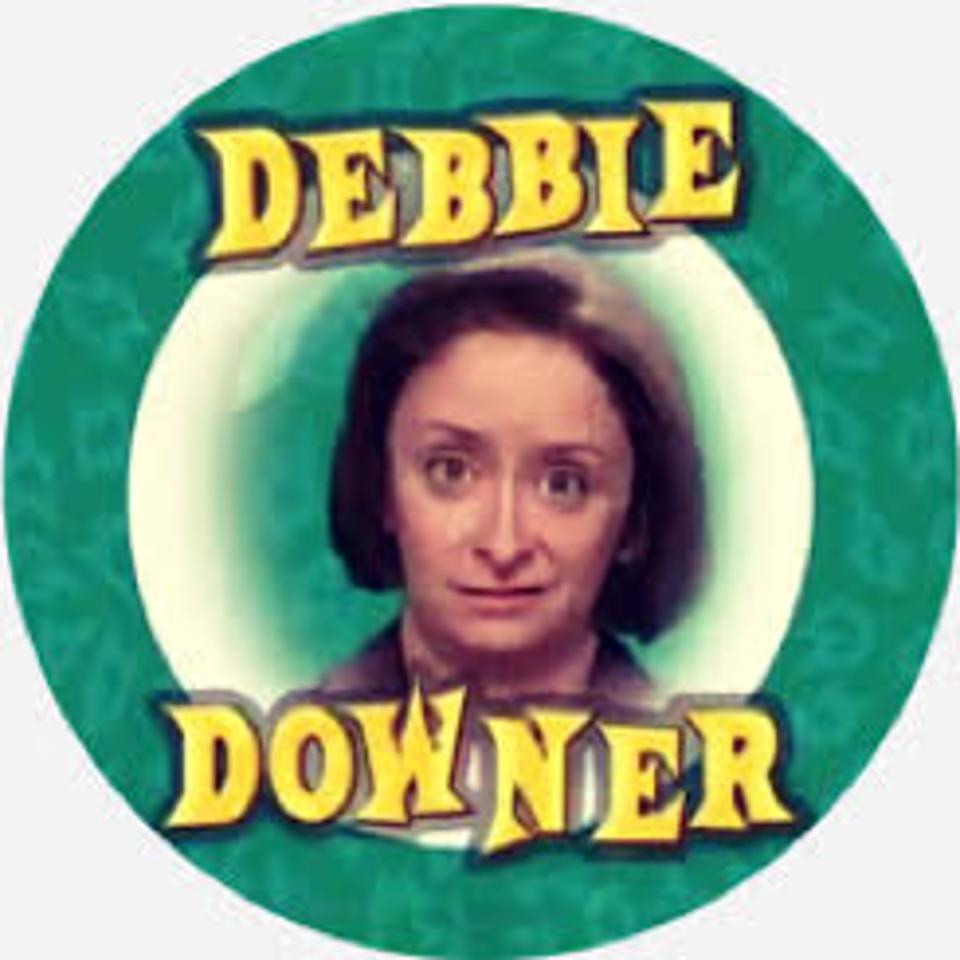 I don’t want to sound like Debbie Downer and mention the “D” word (did anyone say downturn?) But with the private market approaching its 10th anniversary of a boom, sky-high valuations in some FinTech sectors, and the structural risk posed by large institutional allocations to the private market, it is time to ask two questions:

Are we prepared for a slowdown in the private market?

What would our game plan be, as investors or FinTech founders?

Folks in the securities and investments business are legendary for being optimistic and often miss recognizing negative signals early. The investing business thrives during good economic times and market booms when capital and transactions are plenty. But this late in the private market cycle, it is responsible to keep a keen eye out for any indication of an impending slowdown, so that we can navigate through tougher market conditions. The time to talk about market corrections was 2007, not 2009!

Three Observations About The Private Market

Any number of factors could trigger a slowdown, from a macro event like the US/China trade negotiations falling through, or political uncertainty during an election year. A more likely trigger could be a gradual change in the narrative that private market investing has serious risks or a realization that highly valued Unicorns or recent IPOs at astronomical valuations will be unable to achieve real earnings and become profitable. Maybe it will be the WeWork saga of being forced to drop its valuation and pull its IPO that changes the narrative and signals a top in private market valuations, leading to an eventual turn of the cycle and a slowdown in private market activity. The stocks of prominent Unicorns (Uber, Lyft) that went public in 2019, carrying the hopes and aspirations of many LPs and GPs, hitting all time lows could also lead to a change in the narrative. (In Q2 2019, Uber’s revenue grew 14% but losses rose 85% year over year, and that’s after adjustments for stock-based compensation expense). Or it could be a realization by investors that SoftBank’s record of bidding-up Unicorn valuations is neither sustainable nor reasonable. We have seen this story before. In 2000, “Internet” companies raised massive quantities of money and went public without significant revenue. This time around, Unicorns may have the revenue but earnings are still far in the distance. Silicon Valley’s dreams are running into Wall Street pragmatism. The Valley’s cowboy spirit has met the Street’s hard-nosed disposition.

Any of these things could trigger a change in the narrative about private markets. The private market orchestra has been playing for almost ten years, but the music could stop abruptly. Both investors and entrepreneurs need to ensure they are not caught standing when the music stops.

At Rosenblatt Securities, we surveyed top investors capturing their views about what a slowdown in the private FinTech market would mean to them. On Dec 3rd (11:00-11:30am), we are presenting a webinar about our findings. You can register at bit.ly/2Oz4Mnp.

How A DownTurn May Evolve

Here’s how things could quickly unravel. A macro event like US-China trade talks failing completely leads to a sustained correction in public markets. Investor confidence suffers across the board. Institutional investors (GPs in VC funds), many of whom now have significant portfolio allocations to private investments, get jittery. As their public portfolio positions shrink, they get over-allocated to the private market (because public positions are marked to market whereas private holdings are mostly held at cost). Some GPs desperate for liquidity begin selling positions including their private market portfolios. This makes the entire private market nervous and drives further selling. Some GPs can’t meet their capital calls, throwing their syndicate investors in utter turmoil. Suddenly, LPs face a wall of worries. They get concerned about GPs keeping their capital commitments, especially in particular investments that they deem “winners” in their portfolio. The next concern is the financial health and exposure of other investors that share a spot with them in the cap table. Well laid plans for LPs to raise more capital are also thrown in jeopardy. That is not a fantastical set of scenarios that are being dreamt up. It actually happened in 2008 and to some extent in 2000. The problem is that a lot of entrepreneurs and investors today grew up in an upmarket and have limited experience of tougher times.

Too Much Of A Good Thing: Why Some Smart Private Investors May Actually Welcome A Downturn

Some smart investors are very concerned about the enormous flood of capital into private investments which has lowered investing standards and driven Unicorn valuations sky-high (including FinTech). Two particular problems that this creates are:

Large investors like SoftBank have hurriedly raised and deployed $100 Bill+ in capital (including 10 FinTech investments including Collective Health, Lemonade and Policy Bazaar). Their LPs may get jittery quickly if market conditions deteriorate, valuations contract, and private investments get impaired. This could easily cause a cascading effect on the entire private market. One could argue there are indications this is already begun happening… 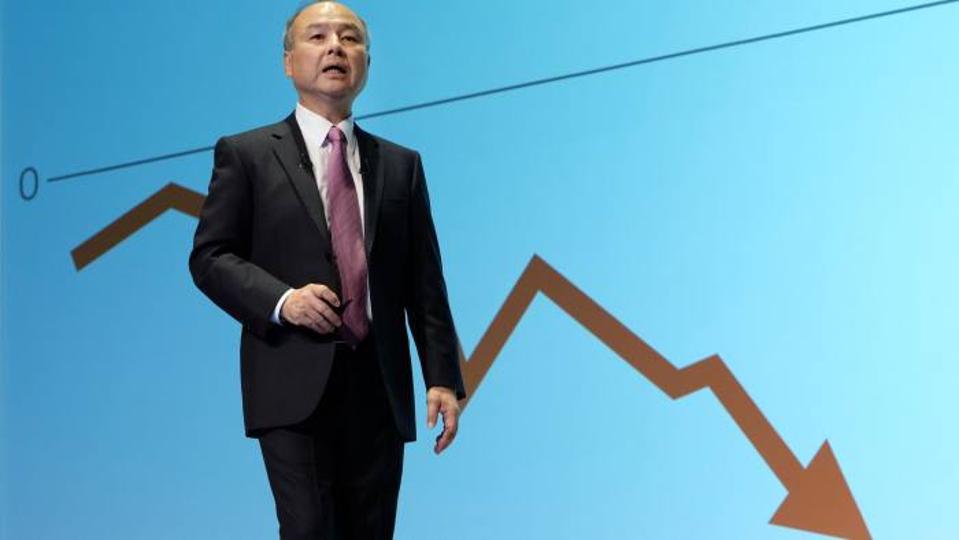 Implications Of A Private Market Downturn: Crucial Questions For Investors And Entrepreneurs

With all this mind, there are a lot of questions that FinTech entrepreneurs, LPs and GPs need to be asking themselves. Here are a few worth considering.

As a VC, PE, or another type of investor in the private market, are you worried who your co-investors on the cap table are in your portfolio companies? Do you fully understand the liquidity and risk profile of the other LPs you co-invest with? What are their aspirations? How will they respond in a downturn? Will they be pushed to sell your winners?

As an LP, how worried are you about your portfolio companies, especially if softening market conditions expose weak business models and marginal startups? FinTechs with mediocre products who have been protected until now by cheap investor capital they have deployed to acquire customers. Will these portfolio companies survive a private market winter when capital is scarce? If it comes to picking favorites among your portfolio companies and deciding whom to keep afloat, do you know who you will pick?

As a FinTech entrepreneur, how robust is your business model, and how strong are your products to withstand a down market? Will your LPs be there to support you through a market downturn? How well do you understand your LP’s financial condition and one step further, their GP’s ability to meet capital calls and sustain their private investment strategy? If your funding plans get thwarted, how long could you keep the ship afloat before market conditions improve and your next round of capital materializes? How will you conserve capital or reduce expenses to hit the financial goals set by your investors? Will your management team and previous investors on your cap table be willing to accept a down round at significantly lower valuations?

If there is a liquidity crunch, who will be our savior in the private market? This summer’s incident of Natixis-owned H2O, which was exposed to illiquid private investments and had to put up gates on withdrawls, reminds us of the illiquidity risk inherent in private investing. A decade of market calm has lulled investors into complacency, with the inherent risks of private investing pushed into the background. Incidents like H20 this year and Swiss money manager GAM gating its fund in 2018 are crucial reminders, provided we are willing to listen.

And if there is a massive downturn in the private market, who will be the Florence Nightingale? Don’t depend upon the government, its stretched too thin and there is no political will to bail-out rich private investors. This isn’t the auto business or the commercial banking industry. Besides, traditional government tools to combat a downturn are ill-suited to the private market. Don’t depend on Softbank or other investors. They are over-stretched as it is, with massive private allocations already. Will currently active strategics (CVCs) commit more capital, or will new ones enter the market as valuations climb down? Will they sniff an opportunity to acquire suitable investments at reasonable prices and get a decisive leg up over competing FinTechs? That remains to be seen…

I am certainly not wishing for a FinTech market slowdown. We all love a rising market when capital is sufficient, and deals are plenty. But as smart investors, coaches to FinTech startups, advisors to investors, and as responsible market participants, its prudent to ask the hard questions now than regret later.