Home Business What Is A Police Therapy Dog Supposed To Do? Not Steal Toys
Business

What Is A Police Therapy Dog Supposed To Do? Not Steal Toys 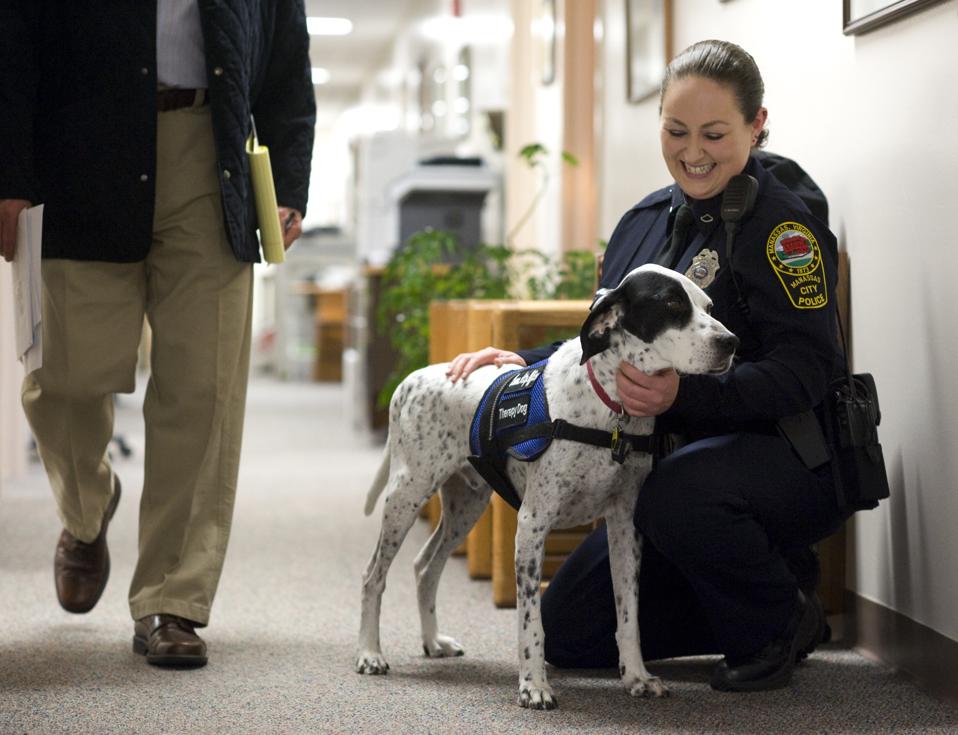 Turns out Ben Franklin is a bit of a thief.

Members of the Franklin Police Department in Massachusetts caught their therapy dog, a Golden Retriever named Ben Franklin, red-pawed. The police suspected that something was going on when toys that they were collecting for children for the Santa Foundation were going missing. Then came the incontrovertible video proof:

As you can see by the video, this was an inside job and one that was under the table, meaning that Ben Franklin was hoarding gifts under the table part of a desk. Oh, you dog you. What kind of racket are you running there?

The tweet below offers some mug shots of the culprit:

Nonetheless, Ben Franklin will probably get time off for good behavior. After all, good behavior is a cornerstone of therapy dogs and a reason why more police departments are bringing such dogs on board. Therapy dogs are quite different from other K-9’s on police squads. They aren’t there to take down criminals, find missing people or objects, or sniff out drugs, explosives, or other dangerous or illicit substances. No instead, they join police forces to take down anxiety and blood pressure, find empathy and compassion, and sniff out ways of connecting the police with the community.

A number of health care facilities such as nursing homes and burn units have brought on therapy dogs to offer comfort and companionship to residents and patients. And now an increasing number of police departments are finding the idea of therapy dogs to be quite fetching as well, so to speak. For example, this KCBS radio report by Carrie Hodousek discussed how a therapy dog named Milo was hired by the Pinole Police Department in California to provide emotional support for victims of traumatic events as well as witnesses and first responders.

And this ABC 2 news report from 2018 covered how Penny become the Baltimore Police Department’s first therapy dog to “help reduce the stress and anxiety that officers feel on a daily basis”:

The news segment also mentioned how such dogs can help build connections between the police department and the community.

Police work can be quite rough, so it may help to have a little wuff around. Just make sure that they aren’t running a toy racket on the side.

Ask Ethan: Can Black Holes Ever Spit Anything Back Out?

Complete Path: How To Solve The Corridors Of...

Bluefin On Bringing All The Best ‘Gundam’ Model...

Stop Ignoring Your Employees For A Whole Year

Can US Prisons React Fast Enough To COVID-19?

Why Belonging Is Good For Business — And...