What Seniors Need To Know About Trump’s 2021 Federal Budget 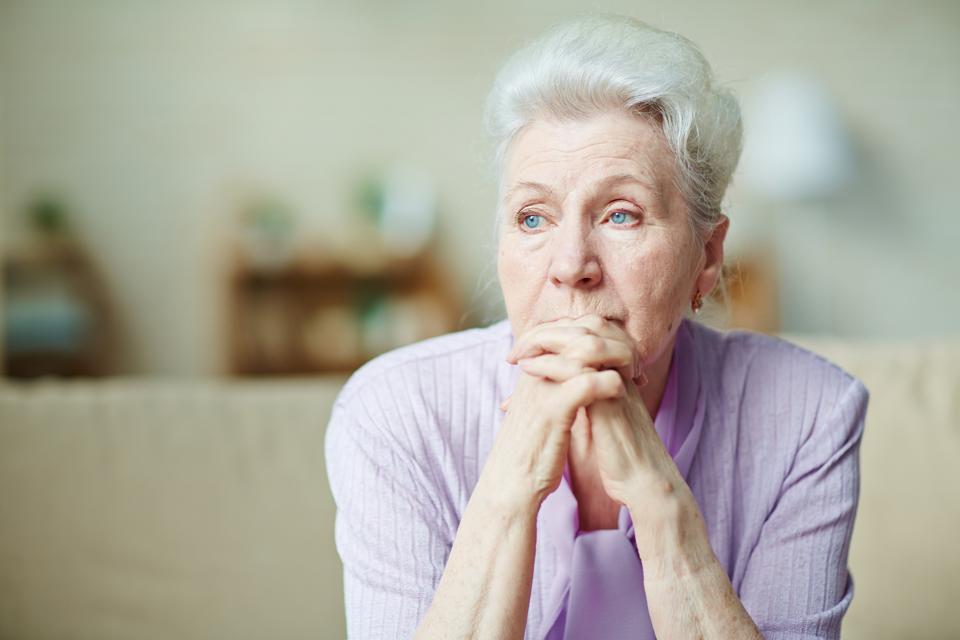 Trump’s proposed budget reduces Medicare spending by 7% over the next ten years, among other cuts to … [+] senior programs.

Today, President Donald Trump and the White House Office of Management and Budget released a proposed 2021 budget. Trump’s budget includes cuts to key senior programs like Medicare, Medicaid, and Social Security Disability Insurance. While the proposed budget would slash funding for many programs that seniors rely on, other important areas for seniors, like veterans’ healthcare, would get a boost.

Seniors should think of the proposed budget as President Trump’s “wish list”: not all of his proposals will take effect. Most, but not all, of his proposals would require the cooperation of the Democratic-controlled House of Representatives and the Republican-controlled Senate.

Here are the line items from Trump’s 2021 budget that would have the greatest impact on seniors.

The Budget Would Reduce Medicare Spending

Part of reduction in spending comes from initiatives that the White House says are intended to reduce Medicare fraud. For example, they’ve proposed requiring patients and doctors to ask for prior authorization from Medicare before certain procedures could be performed. And the budget hopes to lower Medicare spending through changes that would encourage more seniors to see nurse practitioners or physician’s assistants as their primary care providers.

Other proposals would cut down on reimbursement rates to healthcare providers, reducing how much doctors, hospitals, and hospices are paid for providing healthcare. Cutting Medicare reimbursement rates is a controversial strategy; in the past, it’s received both support and criticism from Democrats and Republican alike. Some say cutting reimbursement rates saves taxpayers money by cutting into medical industry profits. And the Trump administration’s budgets highlights specific instances where they believe reimbursement rates for doctors are excessive: for example, they cite that doctor’s offices owned by hospitals are often paid more for performing the same procedures as independent physicians.

But cutting reimbursement rates also means that some seniors could lose access to their favorite doctors. Dan Adcock, director of government relations at the National Committee to Preserve Social Security and Medicare said of the cuts to Medicare, he was most worried about the lower reimbursement rates. When reimbursement rates decrease, “you start to affect access, because doctors decide they can’t make a decent living,” said Adcock.

“There are areas of wasteful spending in the Medicare program,” says Eliot Fishman, the senior director of health policy at Families USA, a nonpartisan organization that advocates on behalf of patients. But he added there are also major gaps in Medicare. For example, seniors struggle to afford dental care and face high out-of-pocket costs on their prescription drugs. “The Trump administration is violating an explicit commitment he made throughout his campaign not to cut Medicare,” Fishman said. Even if some cuts are justified, Fishman said that given Trump’s campaign promises, the savings should be used within the Medicare system to make healthcare less expensive for seniors.

Trump’s proposed budget contains a number of changes to Social Security Disability Insurance (SSDI). SSDI is a federal program that protects workers who develop a life-changing disability after having paid into the fund by earning “work credits.”

As I’ve written previously, disabilities often emerge during middle age or late-in-life, after decades of (and sometimes as a direct result of) hard work. As a result, SSDI is especially important for seniors nearing the full retirement age of 67. According to data from the Center on Budget and Policy Priorities, Americans between the ages of 60 and 66 are 14 times as likely to currently be on the SSDI rolls as Americans between the ages of 30 and 34.

Trump’s budget calls for a $75 billion decrease to spending on the two federal disability programs, SSDI and SSI, over the next ten years. $10 billion of this reduction comes from reducing the amount of retroactive benefits someone can receive after they’ve been found to be disabled.

As Kathleen Romig of the Center on Budget and Policy Priorities points out, when workers first experience a disabling injury or illness that forces them from their job, they often hope their condition will improve, allowing them to get back to work. In these cases, they may wait until their savings are fully depleted or until they’ve lost hope of recovery to apply for SSDI. Today, a worker can wait for up to a year after the start of her disability and still receive retroactive benefits for the whole period where she was unable to work — under Trump’s proposal, she could only wait six months.

But Trump also promises to make other cuts to SSDI without explaining where he’ll find the money. 60% of the spending reduction from federal disability programs  — $47 billion over the next ten years — come from a proposal that the Office of Management and Budget says is to “test new approaches to labor force participation.” As Romig explains, the White House is hoping that by spending $100 million per year over the next five years on experimenting, they’ll come up with a “magical policy” that reduces the number of people on disability programs by 5%. “But they don’t explain how they’ll do it,” said Romig.

In looking for such substantial cuts to our disability programs, the White House “appears to be working off a mistaken assumption about who receives Social Security Disability Insurance,” said Adcock. “The vast majority will never be able to return to work,” he said, because their conditions are so severe. The Social Security Administration itself admits that the federal government “defines disability so strictly, Social Security disability beneficiaries are among the most severely impaired in the country […] Among those who start receiving disability benefits at the age of 55, 1-in-6 men and 1-in-8 women die within five years of the onset of their disabilities.”

More than giving us a specific roadmap of what changes to expect to Social Security Disability Insurance, this budget gives us a clearer picture of the magnitude of cuts the Trump administration would like to make.

Less Money May Be Available for Nursing Homes, Long-Term Care, And Other Senior Health Costs Covered by Medicaid

This budget builds on other proposals President Trump has made to reduce Medicaid spending, the primary program in the United States that helps low-income seniors cover their long-term care expenses. Long-term care expenses are not covered by Medicare, but Medicaid kicks in once seniors have depleted most of their assets by paying for a nursing home or in-home care.

The budget reduces Medicaid spending over the next ten years by 16%. It calls for “Medicaid reform [that] will restore balance, flexibility, integrity, and accountability to the State-Federal partnership.” Although the budget lacks some specifics with respect to Medicaid spending, this language appears to be alluding to Trump’s previous proposals that would transform Medicaid from an “entitlement” program to a “block grant” program. Today, states have the ability to set the eligibility criteria for Medicaid, within certain limits, and federal government reimburses the states for a percentage of their spending, subject to various rules. Under a block grant proposal, states would receive less funding, but state governments would have more choice on what to spend it on. But “flexibility” sometimes just means it’s up to states to decide what’s on the chopping block: states could raise copays, reduce program eligibility, or make other changes, including making cuts to long-term care coverage.

The budget would also force states to take away Medicaid and food stamps from adults who don’t meet work requirements. This can cause a particular hardship for Americans in their early 60s who often have to cut back on work due to debilitating health conditions, or who have a harder time finding work after a layoff, but don’t yet qualify for Medicare. Although these work proposals contain exceptions for people with disabilities, it can take anywhere from 30 days to two years to receive a government finding of disability, particularly because more than a third of people who are eventually approved for federal disability insurance aren’t approved until after an appeal.

Many seniors struggle with the high cost of prescription drugs. In September 2019, Financial Times reported Americans are crossing the border to Canada in Insulin4All “caravans” to purchase insulin at one-tenth of the cost they’d pay in the United States. According to the U.S. Department of Health and Human Services, Americans often pay at least twice as much for brand-name prescription drugs as our counterparts pay in other developed countries.

President Trump’s budget calls on Congress to enact “comprehensive drug pricing reform,” saying that it would reduce the federal deficit by $135 billion over the next ten years. This estimate includes the savings to programs like Medicaid and Medicare if the federal government can pay less for prescription drugs, although seniors themselves might also pay lower out-of-pocket costs for their medicine if Congress and the White House can align on a proposal.

Cutting prescription drug prices is tremendously popular with voters across the political spectrum. A 2018 survey by the Kaiser Family Foundation found that 71% of registered voters said they would favor a candidate that supported lowering drug costs.

Congress has been considering multiple proposals to lower prescription drug costs. The Senate Finance Committee approved a bipartisan bill called the Prescription Drug Pricing Reduction Act (PDPRA) in July 2019, and Adcock pointed out that the dollar savings on prescription drugs outlined in Trump’s budget align closely with the savings that would be created by the PDPRA. Although Trump has previously expressed some support for the PDPRA on Twitter, Adcock says that Trump should make a stronger endorsement of either the Senate bill or the House’s proposal if he’d like it to reach his desk. “Unless [Trump] really gets on board,” said Adcock, “it’s not going to happen.”

Like previous budgets proposed by Trump, his 2021 budget recommends the elimination of several federal grant programs, including the Community Development Block Grant, which is used to partially fund Meals on Wheels. And the budget proposes the elimination of the Low Income Home Energy Assistance Program, which helps low-income people, especially seniors, keep their heat on in the winter.

And like previous Trump budgets, the 2021 proposal would eliminate funding for the Legal Services Corporation. Legal Services funding is used to provide attorneys for low-income seniors facing civil legal issues, including foreclosure, eviction, elder abuse, and estate planning. Other than private donations, LSC funding is the main source of civil legal assistance for seniors.

Veterans’ Issues Are a Bright Spot

Trump’s proposed budget recommends a double-digit increase in spending for the Department of Veterans Affairs. $90 billion is allocated in new spending to expand veterans’ access to healthcare, helping to address long-recognized funding gaps. And the budget recommends expanding a stipend program for the caregivers of veterans with disabilities. The budget reflects a 2019 statement by President Trump in which he said, “My administration is committed to taking care of every warrior that returns home as a veteran.”

Kevin Prindiville, the executive director of Justice in Aging said, “This budget demonstrates the lack of commitment to the safety, security and needs of older adults in our community.”

Instead of prioritizing senior issues, the proposed budget recommends shelling out serious cash on new space expeditions to Mars, increases to military spending, and maintaining expensive tax breaks for corporations.

“President Trump has repeatedly promised to protect Medicare, Medicaid and Social Security. His budget is further proof that those claims are, at best, bold-faced lies,” said Senator Bob Casey (D-PA), Ranking Member of the Special Committee on Aging. “Older Americans should take note.”