Whom And What To Blame For Kamala Harris’ Collapse 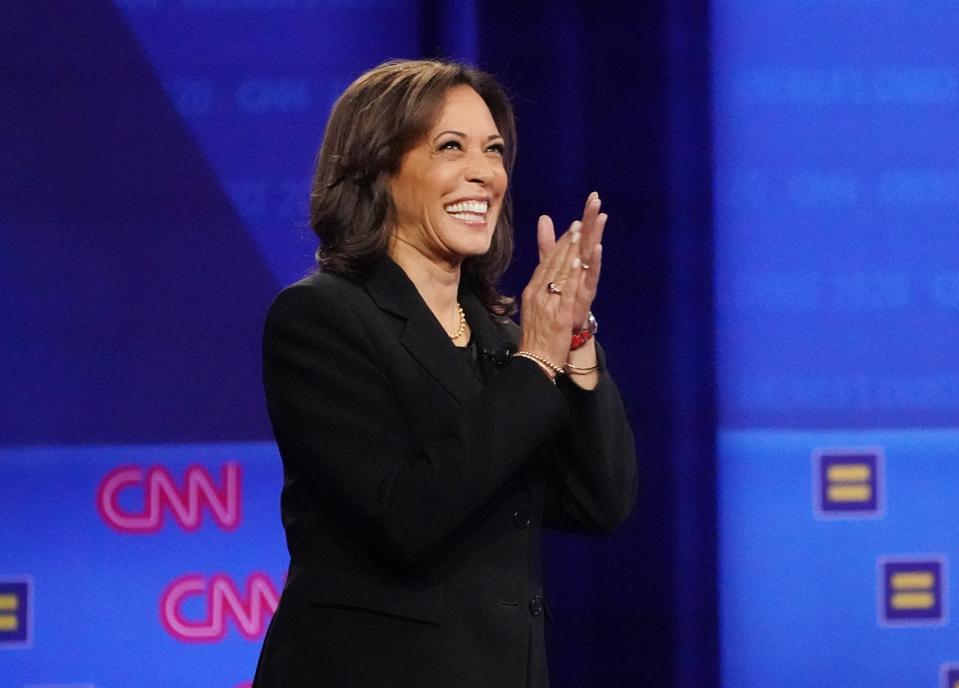 I purposely waited a couple of days before opining on the demise of California Sen. Kamala Harris’ presidential campaign for two reasons: I wanted to see how she’d spin her failure; and I wanted to see what if any impact her decision had on the remainder of the presidential field.

As for spin, the candidate chose money as her undoing. “My campaign for president simply doesn’t have the financial resources we need to continue,” Harris claimed in an email to supporters. “But I want to be clear with you: I am still very much in this fight.”

And, presumably, very much available to fill out the national ticket.

As for impact on the race, New Jersey Sen. Cory Booker, angling for a way to get on the December debate stage, wasted little time in playing the race card.

“I’ve seen the bile, the anger, from my family members, to people in the Congressional Black Caucus, to leaders of color across this country who just don’t understand how we’ve gotten to a point now where there’s more billionaires in the 2020 race than there are black people,” Booker told a radio interviewer.

You’ll note that Booker didn’t mention his anemic poll numbers (which is why he’s yet to qualify for the Dec. 19 debate in Los Angeles). That includes this recent South Carolina poll showing Booker getting all of 2% of that state’s black vote.

Meanwhile, The New York Times characterized Harris’ dropping-out as “perhaps the most surprising development to date in the 2020 race.”

But others saw this coming.

Shortly before Thanksgiving, The Washington Post asked me to write a column on why Harris’ candidacy – skyrocketing in July, without a ghost of a chance by Halloween – was dead in water (here’s my assessment). I suggested we publish closer to the Dec. 19 debate. My Post editors didn’t think she’d be around by them.

To all the positing as to why Harris couldn’t remain competitive in a field that, frankly, isn’t replete with thoroughbreds and heavyweights – she’s been overhyped for years; the campaign itself was a “themeless pudding.” — there may be other explanations.

I’d like to add two: the oddness of Barack Obama’s presence (or lack thereof) in this contest; and the fatal mistake of California politicians who assume that national campaigns are just super-sized versions of statewide races back home.

Let’s start with the Obama dynamic.

Like me, you’re probably sick of seeing or hearing the phrase “the female Obama” in describing Harris’ political upside.

But are Democratic voters yearning for a “Barack-ette” in 2020?

One could argue that Warren, if elected, embodies historic progress as the nation’s first female president. But the Harvard Law professor would rather talk about reviving Glass-Steagall than shattering glass ceilings.

But wait a second. Isn’t Mayor Pete a 2.0 version of Obama as a symbol of overcoming bigotry?

Yes, in that Buttigieg offers the same Ivy League pedigree and cool detachment as the former president; but no, in that the mayor’s sexuality has yet to emerge as a defining campaign narrative encompassing civil rights and progress as did Obama’s heritage in 2008.

Now, my theory as to how Harris was done in, in part, by a home-brewed mentality.

Back in 1995, then-California Gov. Pete Wilson decided to seek the Republican presidential nomination. However, Wilson had both a complicated day job, which kept him away from early-primary states for long periods of time, and a large obstacle in the form of Bob Dole – in 1995, the Senate Majority Leader running for president for a third time (Dole also ran in 1980 and 1988).

Wilson and his strategists came up with a plan: attack New Hampshire as they would California, relying less on personal campaigning and more on the “shock and awe” effect of carpet-bombing the state with television ads. Which is how statewide races are won in California – not door to door, but media market to media market.

According to published accounts of thinking inside her campaign, Team Harris was top-heavy with California-schooled advisors convinced that the candidate’s path to the White House entailed avoiding retail politics in Iowa and New Hampshire, then prevailing in South Carolina and fully engaging in wholesale politics come the March 3 “Super Tuesday” slate of primaries and caucuses nationwide (including her home state).

But Harris never made it to California. And that’s because she failed to make inroads in Iowa and New Hampshire – which requires the face-to-face campaigning that’s alien to prominent California politicians.

Speaking of California, there’s still one resident of the Golden State in the race (I’m not including Marianne Williamson, who won’t be one of the six Democrats who’ve qualified for the debate stage in Los Angeles).

Tom Steyer’s a billionaire, so he has plenty of cash that Harris lamented she didn’t. Which didn’t go unnoticed by the senator, who noted in that same exit email: “I’m not a billionaire. I can’t fund my own campaign.”

However, Steyer barely has a pulse in most national polls – and, as Booker mentioned, he’s not the only billionaire blitzing the airwaves these days (that would be former New York City Mayor Michael Bloomberg, every political consultant’s dream of a piggy bank).

Maybe Bloomberg and Booker and Harris can hold a debate-watching party. At least one of them can spring for hors d’oeuvres – including lots of sour grapes.

Quantum Trends And The Internet of Things

Prior To Carlos Ghosn’s Daring Escape, His Wife...

How Visine Eye Drops In The Mouth Can...