Home Business Why Credit Card Debt Is At An All-Time High, While Unemployment Is At A 50-Year Low
Business

Why Credit Card Debt Is At An All-Time High, While Unemployment Is At A 50-Year Low 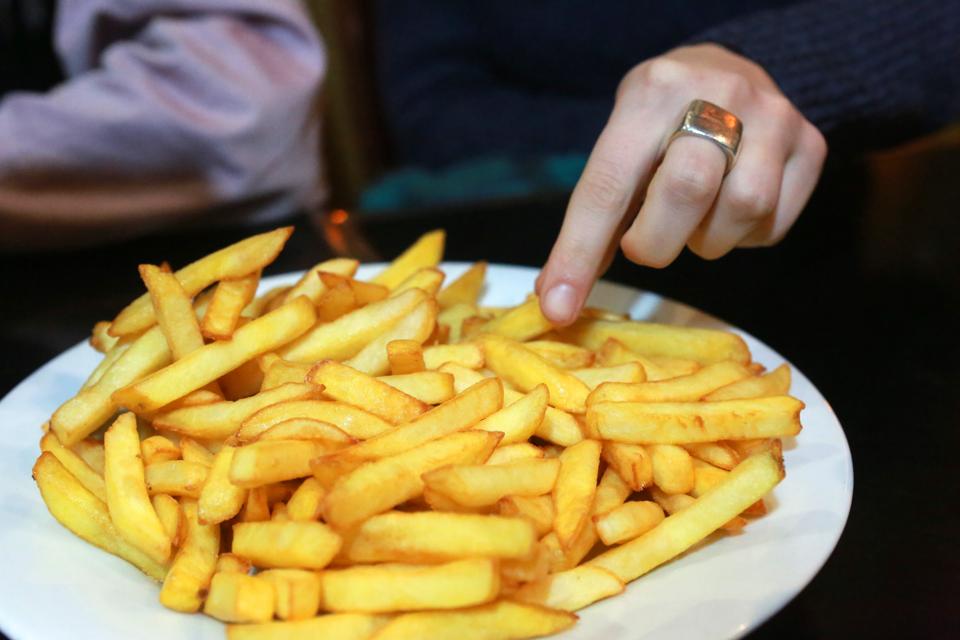 The Wall Street Journal reported on Tuesday that total credit card debt is at all time high: $930 billion. At the same time, by some measures, the economy is roaring. The unemployment rate, at 3.6%, is at a 50-year-low. Job growth has slowed somewhat under President Trump’s administration, but it’s still positive, and wages are rising.

Some people point to the high level of credit card debt as evidence that the economy isn’t doing as well as we think, highlighting the fact that the economic recovery has left a lot of Americans behind.

And it’s certainly true that millions of Americans struggle to make ends meet. 39 million adults make less than $15 per hour: more than a quarter of these low-wage earners are parents. Higher-earning families still struggle with the high costs of childcare, housing, and healthcare, along with student loans. A 2018 Federal Reserve survey found that only 61% of Americans could cover an unexpected expense of $400 without borrowing money, although that’s some improvement since 2013, when the rate was 50%.

But the fact that credit card debt is at an all-time high doesn’t mean the job and wage growth numbers aren’t “real.” In fact, the opposite is true.

Historically, in the United States and around the world, household debt has been at its highest when the unemployment rate has been at its lowest. But that doesn’t mean the credit card debt itself is good news.

It’s time for a history, economics, and psychology lesson. The high levels of consumer debt show that there may be trouble ahead.

First, We Need To Adjust For Inflation and Population

Although The Wall Street Journal, BusinessInsider, and Reuters have all reported that credit card debt is at an all-time high, these media reports fail to account for inflation and population growth, presenting a somewhat misleading historical view.

It’s also helpful to keep in mind that the U.S. population has grown by about 23 million people since 2008.

Debt And A Booming Economy Go Hand In Hand

It shouldn’t surprise anyone that we’re seeing so much credit card debt while the economy is growing.

Historically, high levels of household debt and a booming economy have gone hand-in-hand.

The rise of per-capita credit card debt, along with personal loan debt, auto loan debt and mortgage debt looks a lot like 2006 and 2007. Perhaps the biggest differences are that Americans are less likely to tap into their home equity today, but carry a much greater amount of student loan debt.

In 2006 and 2007, like now, the unemployment rate was low and fairly steady, hovering at or below 5%. But consumers weren’t using their paychecks to pay off their debt — and the strength of the economy meant that lenders felt comfortable taking greater risks, looking for new opportunities to collect more interest from American families.

Although the Federal Reserve Bank of New York Consumer Credit Panel (cited by the Wall Street Journal and other outlets) has only been collecting data since 1999, we can go back further by looking at the Federal Reserve Survey of Consumer Finances, which has surveyed families every three years since 1986. In years when the unemployment rate was comparatively high, like 2001 and 2010, families were reducing their credit card debt burdens. When the unemployment rate was relatively low, like in 1998, 2007, and 2016, credit card debt was on the rise.

Looking at 16 countries, including the United States, Japan and France, from 1980 until 2015, economists at the National Bureau of Economic Research found that high levels of debt initially caused an increase in economic output, but eventually force economies to contract, when the payments became too hard for borrowers to manage. According to their research, a typically credit boom causes a 1.5% to 3% cumulative contraction in GDP.

The Amount Of Debt Is Driven By What Banks Want To Lend, Not What Families Need To Borrow

When the economy roars, lenders are hungry to extend more credit — whether or not families truly benefit from taking on more debt. And when the economy starts to do poorly, and borrowers struggle with weaker economic conditions, lenders are suddenly hesitant to give out new loans. Credit is pulled back exactly when families need it the most.

As Ray Dalio explains in Principles for Navigating Big Debt Crises, when the economy is growing, the higher levels of lending and borrowing make both banks and families feel wealthier than they truly are. “With credit plentiful, borrowers typically spend more than is sustainable, giving them the appearance of being prosperous. In turn, lenders who are enjoying the good times are more complacent than they should be. But debts can’t continue to rise faster than the money and income that is necessary to service them forever,” writes Dalio. “When the limits of debt growth relative to income growth are reached, the process works in reverse. Asset prices fall, debtors have problems servicing their debts […] And since one person’s spending is another person’s income, incomes begin to go down, which makes people even less creditworthy.” Dalio tracked 48 instances of this cycle around the world in the 20th and 21st century: usually, he says, recessions and depressions are caused by aggressive lending practices. When the amount of debt in the economy starts to exceed what families can realistically repay, everybody suffers.

That’s occasionally true, but when you look across the economy as a whole, we usually see the exact opposite phenomenon: families get into high-interest credit card debt as the economy grows, and then have to struggle to pay it back at the exact same time that the job market is tightening.

Part of the problem is that credit cards are engineered to be uniquely addictive.

When we swipe our credit cards, it doesn’t always feel like we’re borrowing money. When you’re struggling to make ends meet, it can be hard to avoid the temptation to use credit that’s already available on a credit card — even if you wouldn’t be tempted to go out and apply for a new installment loan.

Imagine you’re given medium plate of french fries at a restaurant. There are 40 fries on the plate — you’re not starving, so you eat 30 fries.

What would happen if you were given 60 french fries instead? According what nutritionists call the “portion size” effect, it’s likely that you would eat more fries, perhaps 35 or 38. You’re not hungrier, and in either case, there were extra fries to spare, but you’ve been primed to eat more by the bigger portion.

As economists Scott Schuh and Scott Fulford wrote in a paper for the Federal Reserve Bank of Boston, it can seem like a puzzle that Americans paid down so much credit card debt between 2009 and 2014, in the midst of a severe recession. But Schuh and Fulford also found that American families tend to keep their “utilization” rates roughly constant, around 30% on average. When banks gave out smaller credit limits during the Great Recession, and pulled back credit limits for existing borrowers, American families borrowed less and paid down debt. The effect of credit limits on borrowing behavior is so strong, Schuh and Fulford show, that it extend beyond families who are “maxed out” on their credit cards — our credit limits shape how much we choose to borrow, even when we’re not anywhere close to hitting our caps.

Americans pay a high price for their credit card debt. For the last three years in a row, Americans have paid more than $100 billion in credit card interest annually, more than $400 per American adult.

These products are exacerbating economic stability for American families, instead of helping families weather financial storms.

Did Walmart Get Hit By The Christmas Grouch? The Answer Might Be In Q4’s Earnings