Why Samsung’s Next Foldable Smartphone Might Use Ultra-Thin Glass 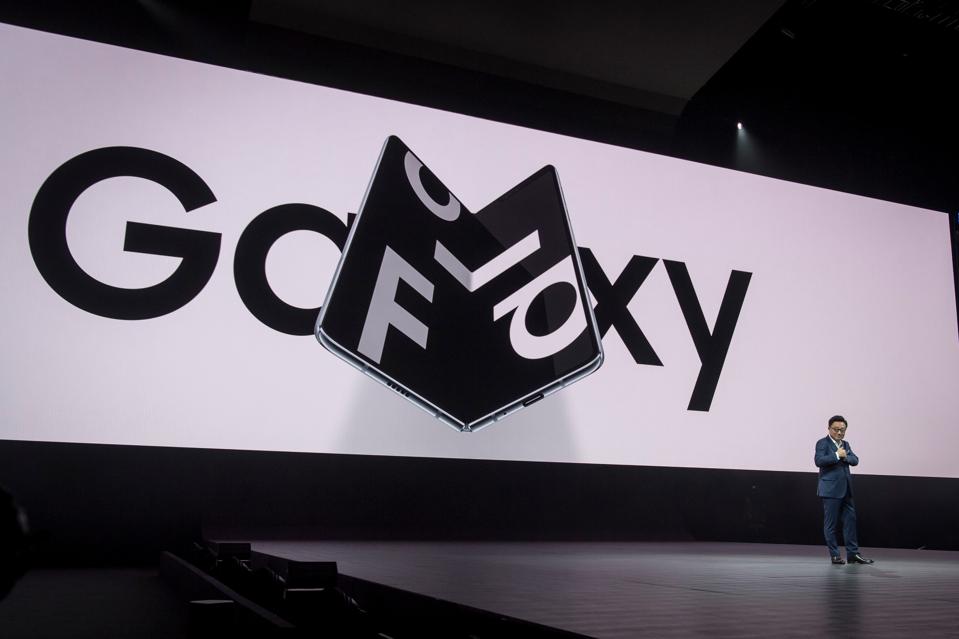 When Samsung Electronics unveils its latest smartphone technology next week, one of the innovations may be something few thought was possible: bendable glass.

The Samsung Galaxy Unpacked event on February 11 in San Francisco will feature the tech giant’s second foldable smartphone. But unlike its predecessor, the Galaxy Fold, which debuted last year with a scratch-prone plastic film on its foldable screen, the new version is expected to use special glass that’s thin enough to be bendable, called ultra-thin glass (UTG).

Using scratch-resistant glass that is already familiar to consumers will help Samsung improve its premium phone—an opportunity to showcase its tech leadership in the competitive smartphone market as well as the crucial components business.

More on Forbes: Samsung Galaxy Fold Review: Only For Enthusiasts, But It’s Undeniably The Future

While UTG technology is not mature yet, it could become an important element for foldable smart devices, says Boyce Fan, research director at WitsView, a part of market research firm TrendForce that covers the display panel industry. Compared to plastic films, “UTG’s hardness is stronger and its transparency is good,” Fan notes. “More importantly, consumers are already used to the look and feel of glass-type covers on smart devices.”

Samsung has been making inroads in UTG recently. In December, it filed for the trademark “Samsung Ultra Thin Glass” with the European Union Intellectual Property Office. In the same month, South Korean news media reported that Samsung’s display subsidiary invested $11.6 million for a majority stake in local glass substrate maker Dowoo Insys to help with its foldable phones.

Together with leaks by Max Weinbach and Ice Universe, Samsung is widely expected to use UTG for its next foldable phone. If it does, and it works, other smartphone makers may follow, says Fan. “UTG will be an important material in the future only if Samsung introduces the UTG to its new devices successfully,” he says, forecasting that the market for foldable devices with the new glass technology will be around 4% to 5% by 2024. 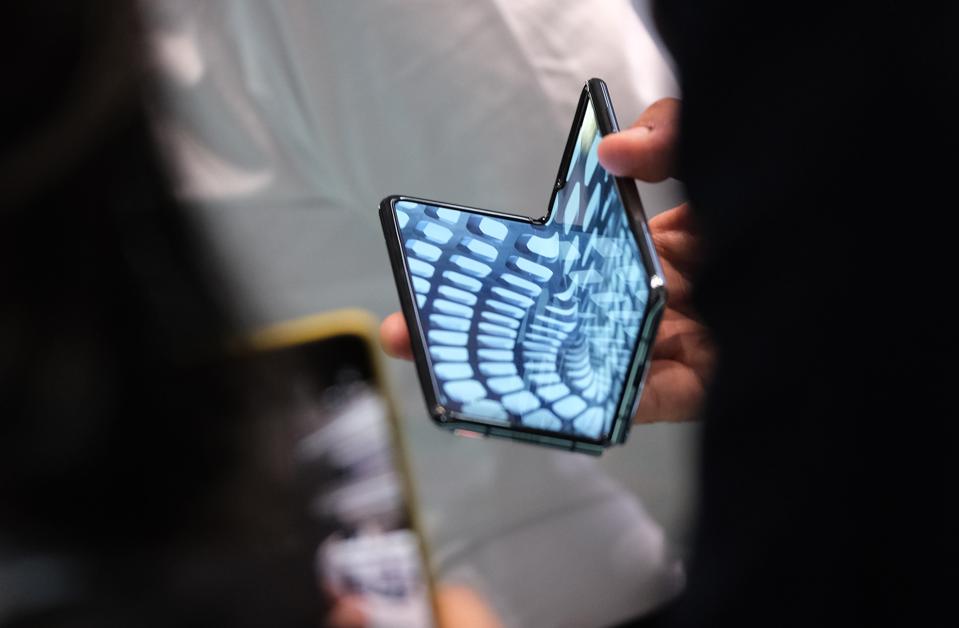 Visitors look at the Samsung Galaxy Fold smartphone at the 2019 IFA home electronics and appliances … [+] trade fair on September 5, 2019 in Berlin, Germany.

More on Forbes: Samsung And Motorola: Foldable Phones Should Go Bigger, Not Smaller

And Corning, which supplies protective cover glass to iPhones and other smartphones, has not yet developed glass technology for foldable phones that is commercially viable. “While the glass is still in development, we believe that it could be ready in the next 12 months,” says a spokesperson for the company.

Samsung has sought to differentiate its smartphones through displays before. For years, Samsung was the only major smartphone maker using OLED displays, which are thinner than LCD panels and have sharper colors. Even Apple, which has traditionally resisted trends started by its competitors, started using OLED displays for its iPhones in 2017.

Standing out in the saturated smartphone market is becoming ever more important as growth has been stagnant for years. In the fourth quarter last year, smartphone shipments globally declined 1.1% year-over-year to 368.8 million, according to IDC data published last week.

While Samsung now makes most of its profits from semiconductors, smartphones are still important for the conglomerate. In its fourth-quarter earnings report released last week, operating profit from Samsung Electronics’ mobile division surged 67% to 2.52 trillion won (about $2 billion) compared to the same period the previous year, helping offset the company’s overall 34% decline year-over-year in operating profit to $6 billion.

But UTG in foldable devices could become crucial for the display business over the long term. In a statement from the earning release, Samsung named three ways it will improve profitability in mobile displays. The first of the three? “Distinct designs.”

Steve Forbes On The Promising Breakthroughs For Covid-19...