Home Business Will The Future of Middle East Aviation Be Dictated By Low-Cost Carriers?
Business

Will The Future of Middle East Aviation Be Dictated By Low-Cost Carriers?

With many full-service airlines in the Middle East struggling to maintain their previous rates of expansion – and, in some cases, actively retreating – the future of aviation industry growth in the region increasingly looks like it’s in the hands of low-cost carriers (LCCs).

While full-service airlines such as Qatar Airways and Emirates compete to offer the best business and first class service, the vast majority of passengers fly in more modest cabin surroundings and the leading LLCs in the region including Air Arabia and Fly Dubai have been outperforming their larger, conventional rivals in recent years. That is likely to be the case in the future too, as more and more no-frills airlines emerge to chip away at their bigger rivals’ market share.

The latest to announce it will test the waters is Wizz Air, one of the largest low-cost operators in Europe where it has a dominant market position in eastern and central European markets.

On December 12, Wizz Air and Abu Dhabi Developmental Holding Company – used by the emirate’s government to hold its shares in a number of businesses – announced they had reached an “agreement in principle” to set up a new airline based in the UAE capital.

The first flight is expected to take off in the second half of next year. The new carrier will focus on routes to places in Europe where Wizz Air already has a presence, but it will also branch out towards India, Africa and destinations around the Middle East over the longer term. 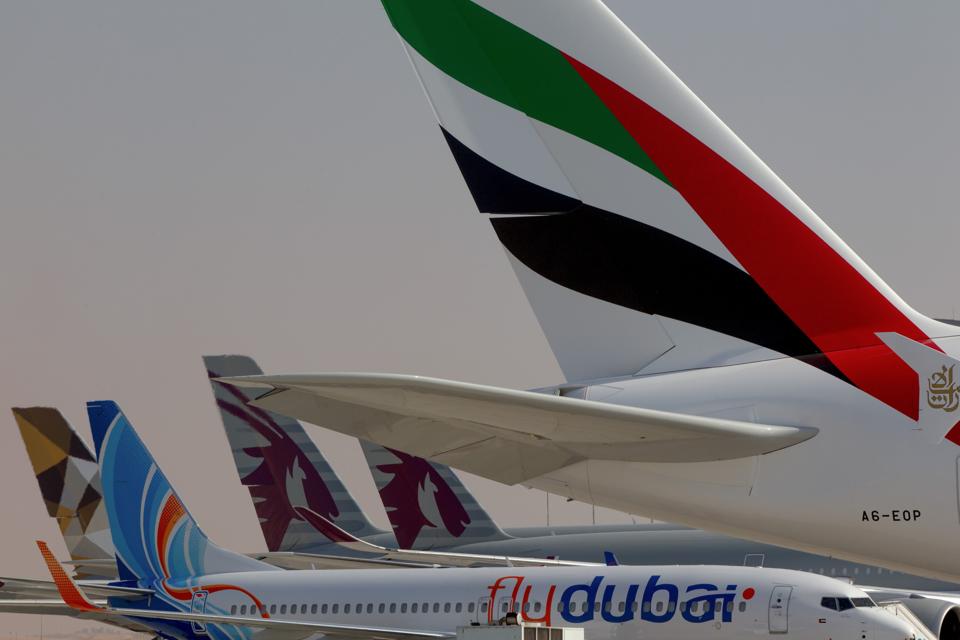 A Fly Dubai plane parked alongside others from full-service rivals Emirates, Qatar Airways and … [+] Etihad, on display at the Dubai Airshow 2015, in Dubai, UAE. (Photo: aviation-images.com/Universal Images Group via Getty Images)

It will join an increasingly crowded field, in which services between the Gulf and India are often a focus.

In October, Indian low-cost carrier SpiceJet signed an agreement with Ras al Khaimah International airport in the UAE which could lead to it launching a new airline from the emirate in the future.

In the same month, Abu Dhabi-based Etihad and Sharjah-based Air Arabia announced they were joining forces to launch a new low-cost carrier. Bloomberg subsequently reported that it would focus on routes between the UAE and India, although Air Arabia tried to dampen down the speculation, issuing a statement on November 6 saying “we will announce growth plans… when they are finalised”.

Not all speculation has proved to be well-founded. In October, Oman Air denied it was thinking about launching a new domestic airline, following some media reports.

And not every low-cost carrier succeeds. Among the many that have come and gone over the past decade are Saudi Arabia’s Sama which stopped flying in 2010. Bahrain Air which closed in 2013 and Kuwait’s Wataniya Airways which began life as a premium class-only carrier before switching to an economy-only model and then closing down in 2018.

Even so, the expectation in the industry is that LCCs will attract ever more passengers in the future.

According to Airbus, they have grown their global market share from around 8% of all traffic in 2002 to more than 25% today. In its most recent 20-year industry forecast, Airbus said half of future traffic is forecast to be on routes of less than 2,000 miles, which it describes as “fertile territory for the LCC business model”.

Compared to other parts of the world, there looks to be plenty of room for growth for the Middle East’s LCCs. Globally, 33% of short-haul traffic is on no-frills airlines, led by southeast Asia where the figure is 62%, according to Boeing. In the Middle East, however, the figure is just 13%.

The U.S. aircraft manufacturer thinks that, by 2038, half the Middle East region’s airline fleet will be made up of the sort of single-aisle plane favored by LCCs, up from 43% in 2018.

The Middle East could do with making its aviation sector more efficient. According to industry trade body the International Air Transport Association (IATA), the region’s airlines lost $1.5 billion in both 2018 and 2019. Another large loss is expected next year, although IATA predicts it will at least drop to $1 billion. 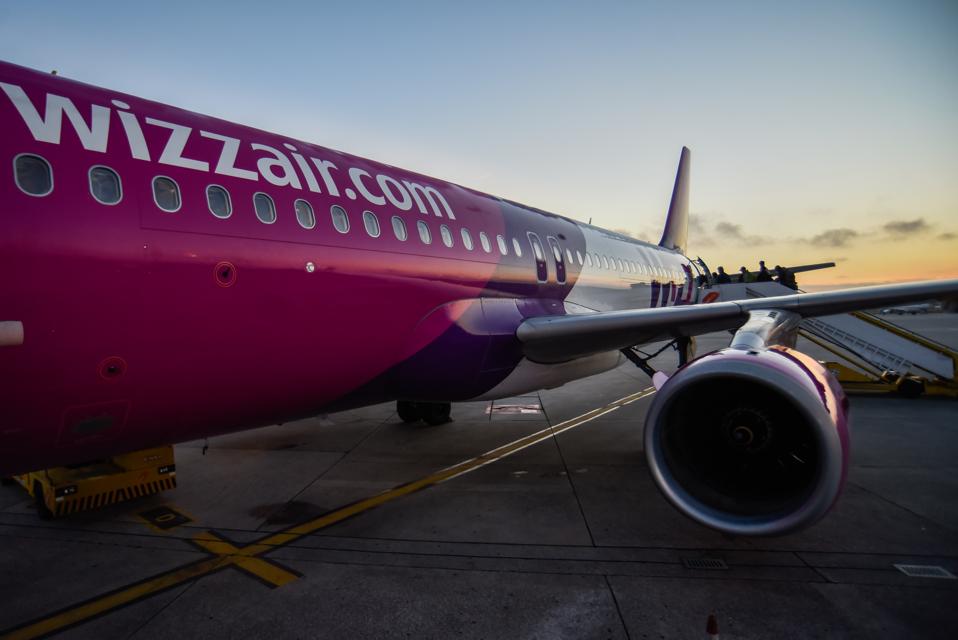 In 2020, The Future Of Audiobook/Podcast Synergy Still Looks Bright

Podcasts And Livestreams: 15 Ways You Build Your...

Restaurant Sales In December Dipped—A Blip Or A...