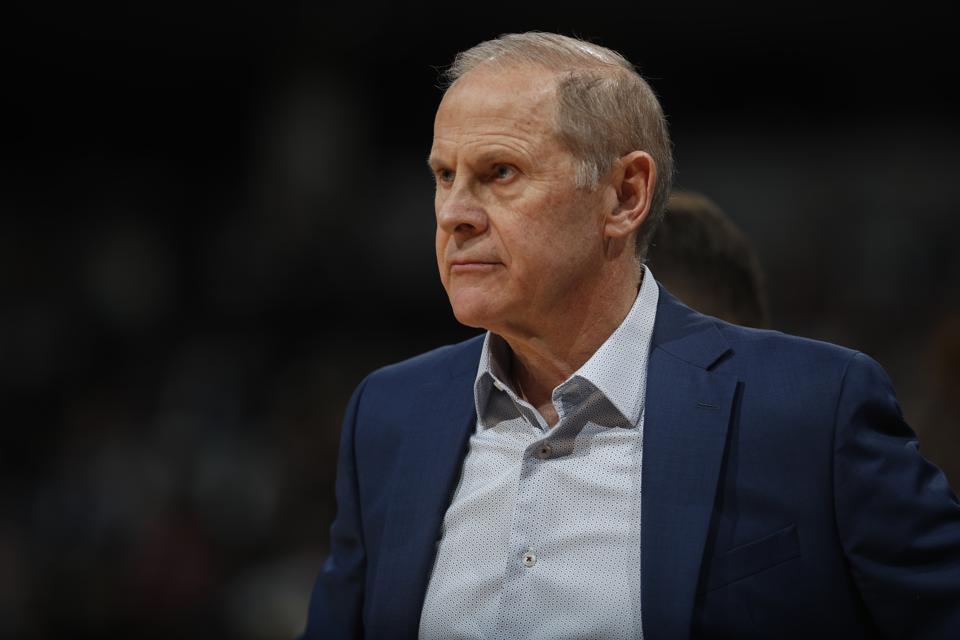 The Cleveland Cavaliers’ coaching carousel just won’t stop spinning. On Sunday night, it was reported that John Beilein, Cleveland’s twenty-first coach and fourth in five years, will eventually part ways with the team. There is no firm decision on when this will exactly happen. In Beilein’s place, associate head coach J.B. Bickerstaff seems like the logical candidate to succeed Beilein as interim head coach of the Cavaliers. Bickerstaff would have 28 games to make the case to drop the interim title but Cleveland will likely evaluate all options at season’s end. For Beilein, his time was short as an NBA head coach but this eventual departure feels inevitable.

Coming to Cleveland, Beilein was a highly accomplished collegiate coach. But, taking the college approach to coaching the Cavaliers led to his downfall. Whether it was spending the majority of training camp teaching fundamentals, lengthy film reviews, or running offensive sets named after animals, Beilein’s methodology caused his team to start to tune him out, per league sources. The divide only got worse with every loss and eventually players would ignore Beilein and defer to Bickerstaff instead.

Through it all, the transition from college to the NBA has been extremely difficult for Beilein. Especially after becoming accustomed to winning at every destination he coached. With every loss, you could see how hard the adjustment has been for him. But, not only are the on-and-off the court struggles for the Cavaliers taking a toll on him, but the personal toll of his son, Patrick, resigning at Niagara has weighed heavily on the 67-year-0ld as well, per The Athletic.

As reported before, no immediate decision has been made on Beilein’s future with the team. According to ESPN’s Adrian Wojnarowski, Beilein left for the All-Star break weighing his options, including leaving during the break. There is a very real possibility that his last game as Cleveland’s head coach was the team’s 127-105 win over the Atlanta Hawks. If that were the case, Beilein would finish his tenure with the fifth-worst winning percentage in Cavaliers history.

But at this juncture, it’s for the best that both the Cavaliers and Beilein to part ways. Beilein will have no problem landing a position with another collegiate program, and will probably be successful again. For Cleveland, they will try and salvage the remainder of this season under Bickerstaff. Thankfully, Bickerstaff already has the respect of Cleveland’s locker room, so that’s a good place to start your tenure in the middle of a season. But, it only serves as a temporary solution to a much bigger problem for the Cavaliers.

It’s no secret at this point that Cleveland is going through a long term rebuild. So far, the Cavaliers have added Cedi Osman, Collin Sexton, Darius Garland, Dylan Windler and Kevin Porter Jr. to their foundation. This summer they’ll add a top pick to the mix as well. That’s a pretty good start for year two of life after LeBron James. The problem is, the high turnover volume at the head coaching position is starting to have an impact on the rebuild.

For Sexton and Osman, Bickerstaff will be the fourth head coach they’ve played for. For Garland, Windler and Porter, Bickerstaff will be their second. Thankfully, Bickerstaff will likely run a similar system to Beilein so the remainder of this season won’t stunt their growth much. But, what if the Cavaliers were to hire a different coach this offseason? That likely means a new system, new assistants and plenty more for Cleveland’s youngsters to learn. In order to help cultivate healthy growth, you need stability. This constant shuffling is counterproductive to building something sustainable for the foreseeable future.

That means the pressure is on for Bickerstaff. He was a finalist for Cleveland’s head coaching position, but the team went with Beilein. Now Bickerstaff has to make the most of the remainder of the Cavaliers’ season to prove he was the right choice all along. He does have prior experience serving as head coach of the Houston Rockets and the Memphis Grizzlies, but the results were fairly lackluster. Maybe it’ll be different this time around with the Cavaliers, where results aren’t in wins but in overall development of the roster. But, if Bickerstaff isn’t the guy, then whoever Cleveland hires next has to be the next head coach for at least the next five seasons at the bare minimum.

The problem is, serious candidates may be leery to take on the challenge of coaching the Cavaliers. As mentioned before, Beilein was Cleveland’s fourth head coach in five years. That amount of turnover probably will turn off some candidates at first, but the appeal of the Cavaliers’ young core may be the team’s saving grace. With that in mind, Cleveland should be targeting experienced NBA assistants that can both nurture the team’s foundation and also grow alongside them. Coaches like Denver’s Jordi Fernandez and Utah’s Alex Jensen would both be ideal options for the Cavaliers and would fit the necessary prerequisites.

No matter what happens, Cleveland needs to get their next head coach hire right. The organization needs to find a semblance of direction and stability going forward in this rebuild, and nailing the coach to help shape the future is vital. Whether it’s Bickerstaff or an outside hire, the Cavaliers need to finally get off of this seemingly never-ending carousel.

‘Hunters’ Review: A Pulpy Thriller Worthy Of Its Pulpy Premise

Coronavirus And The Remaking Of Global Supply Chains

It’s Not All Black And White: Melanism In...

NASCAR To Race Next Two Weekends Without Fans...

How The Emergency Stimulus Can Be Used To...