With Pressure Building, Will Warner ‘Release The Snyder Cut?’

Aliens. Bigfoot. The Bermuda Triangle. The ‘Snyder Cut.’ Somewhere in some universe there’s a version of The X-Files where Mulder and Scully are in pursuit of the quasi-mythical ‘Snyder Cut’ of Justice League. Over the last month, with various stars of the film coming out in support of it and director Zach Snyder seemingly confirming its existence, we have to ask: (1) what is this mythical ‘Snyder Cut’, (2) is it real? and (3) will we ever see it?

Batman v. Superman: Dawn of Justice was widely panned upon release for its dark tone and supposed lack of humor, causing Warner Bros. and DC to reevaluate their forthcoming film plans. Justice League was a month from filming. The overarching plan was to make subsequent Justice League films progressively hopeful anyway, but Snyder and co-writer Chris Terrio retooled the script with eventual guidance from Jon Berg and Geoff Johns, brought on by Warner to oversee DCEU plans, with rewrites occurring even as Justice League was filming. Production wrapped in October 2016.

In May of 2017, Snyder left the post-production process for personal reasons due to the tragic death of his daughter Autumn. Joss Whedon, who had been brought on prior for some rewrites, was pulled in to complete the film’s remaining directorial duties. It was announced in July 2017 that the film would undergo months of reshoots in London and LA, with producer Charles Roven estimating about 15-20% of the movie being different than originally filmed. Whedon’s reshoots ultimately had a relatively substantial impact on the film’s final form.

The Death And Return Of The Snyder Cut

Justice League premiered to mixed reviews, and while it proceeded to earn quite a bit at the box office (a worldwide total of $657.9 million), the expenses incurred made it a slight money loser for the studio. These issues started to provoke a fan response immediately following the theatrical release of the film, with an online petition to ‘Release the Snyder Cut’ hitting over 180,000 signatures before there was any formal confirmation that a Snyder Cut actually existed.

Snyder fans have long pointed to probably assumptions that Snyder was able to complete a relatively complete cut of the film before he had to leave the project. In the last year, calls to #ReleasetheSnyderCut have increased, including from cast members Gal Gadot (Wonder Woman), Jason Momoa (Aquaman), and Ben Affleck (Batman).

Recently, Zach Snyder himself has begun to publicly express both confirmation that the ‘Snyder Cut’ exists and support for its release. Today, Snyder confirmed on the Vero social media platform that he does have a completed cut of the film, sharing a photo of four film canisters labeled as such (with a whopping 214 minute runtime). 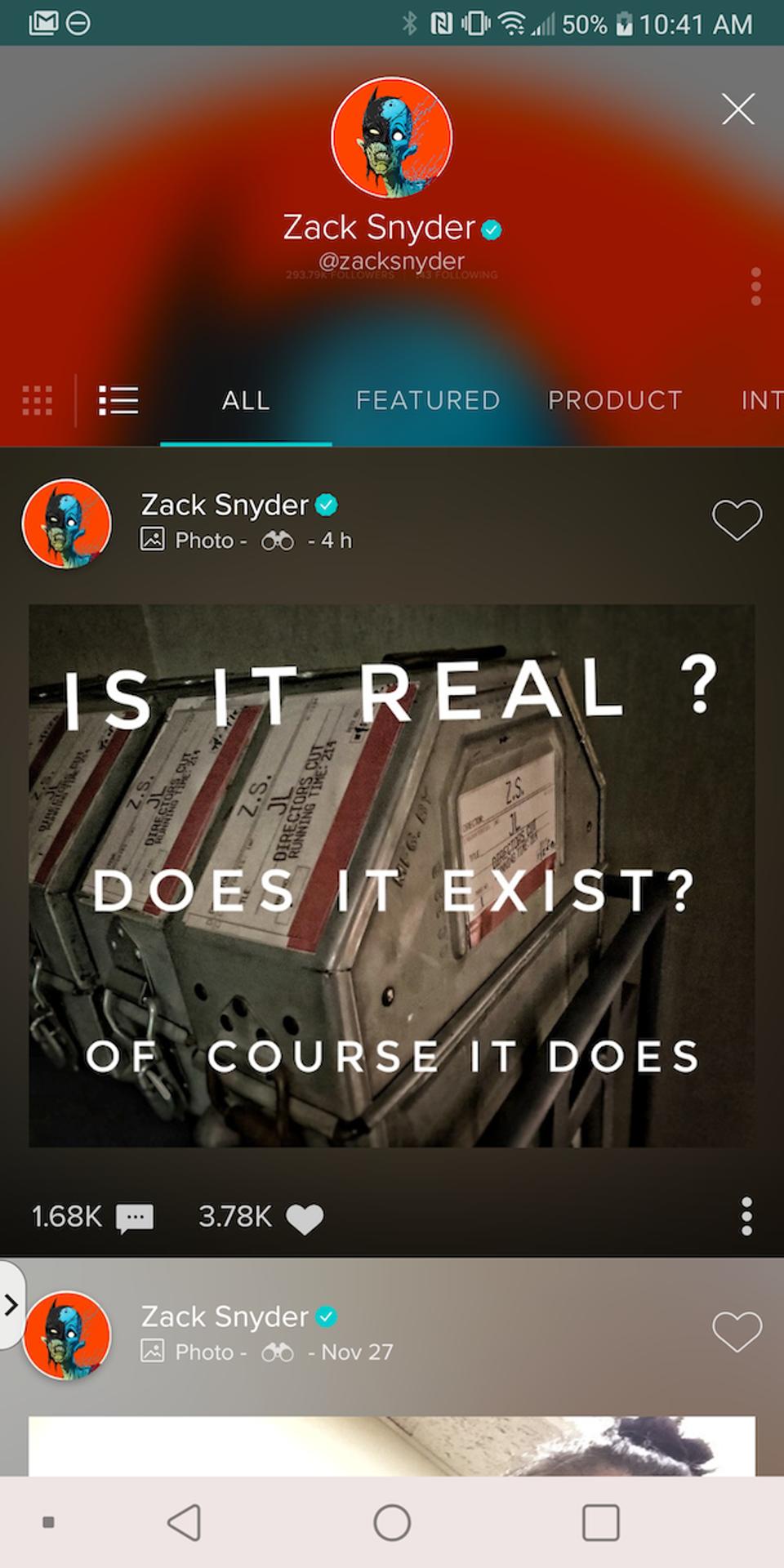 The sudden uptick in (1) confirmation that the cut exists and (2) support from the director and major cast members suggests that there’s some sort of campaign to release the alternate version of the film (even if informal). Some speculate that Warner Bros. may be gearing up for either (1) a theatrical re-release or (2) the release of the film on its forthcoming streaming service HBO Max.

My thoughts are that the smart move for WB would be to finish and release the film. With the major cast and director clearly ramping up confirmation of the cut and support for its release, the #ReleasetheSnyderCut campaign won’t be going away (considering it didn’t lose steam since the original release even before there was confirmation of an alternate cut). With a string of highly profitable DC properties like Aquaman, Shazam, and Joker, the studio’s initial difficulties seem to be subsiding—now would be a great time to reevaluate Justice League with a cut that reflects the vision of its director.

3 Trends To Look Out For When Promoting Your App

FC Barcelona Ask Neymar To Say ‘No’ To...

How A Small Biotech’s Anti-Blindness Quest May Also...

Five Ways BTS’s Suga Made History On The...

Why Von Miller Thinks The 49ers Will Dominate...