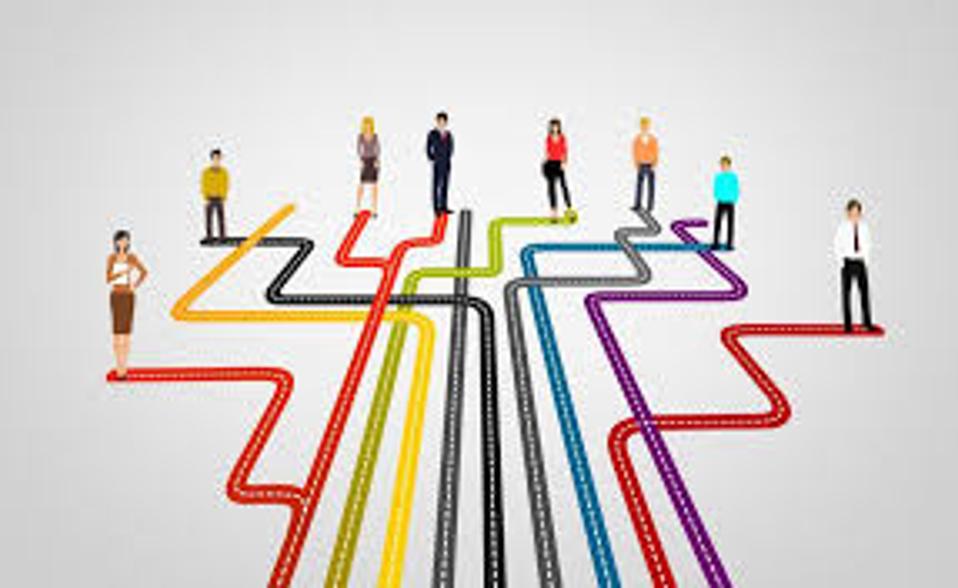 “There should be many different routes, interweaving leisure, work, education and family throughout life, taking people from birth to death with places to stop, rest, change courses and repeat steps along the way. Old age alone wouldn’t last longer; rather, youth and middle age would expand, too.”  That’s a quote from Laura Carstensen’s opinion piece in The Washington Post last week called “We need a major redesign of life.” When I read it my first thought was: women do this already.

Women naturally take “many different routes” in their lives and their professional middle age lasts longer than men’s. The traditional working-person model is of the prototypical male-designed “Organization Man” of the 50’s, who seeks to grow their career in an organization by showing dedication to the organization and climbing the corporate ladder.

Sure, there are women who take this path and do so successfully. But if you dig into how women make career choices, they are inherently “designing a life” – or, as anthropologist and linguist Mary Catherine Bateson describes it, “Composing A Life,” with a more holistic approach.

Women tend to do the career “zigzagging” that Carstensen suggested as part of this “redesign of life.”  Women’s choices are not just “zigzagging in and out of the labor force — especially by employees who are caring for young children or elderly parents,” but also zigzagging to take jobs that are new and different. 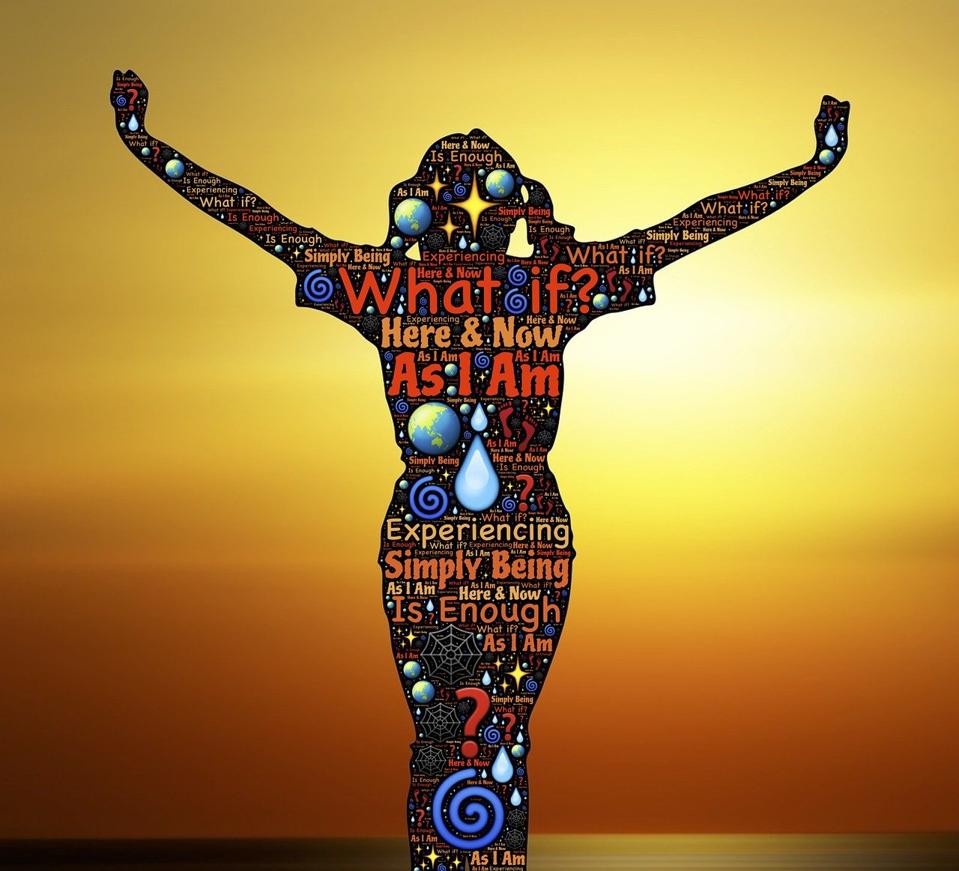 In the hundreds of interviews I’ve conducted with careerwomen and studying relevant research, it is clear to me that women make career decisions based on values and how they will feel in the job.  Men are  generally more focused on the title and/or financial compensation.  One can argue that women should focus more on the title and compensation issues, and ask for more like men do, but men would also likely benefit from taking a page out of women’s holistic approach as well.

Much of women’s zigzagging, more values-based career and life choices, originate in the fact that women have been “outliers” in the working world, without access to the traditional reigns of power and resources, so they have had to find another way to succeed. (This also makes women natural innovators.)

The “world prepared by its ancestors with knowledge, infrastructure and social norms” that Carstensen says “each generation is born into” is a traditionally male-dominated, male-designed model.  Women have had to adapt – and in many ways contort – to it to succeed. This is inherently less fulfilling for women and denies society and organizations the opportunity to fully benefit from women’s different perspectives, approaches and values.

As Bateson says in her book, “Society defines what demands may be made on women, and they are expected to give way, even when the demands conflict.” This is still the default position even as society is budging a bit today driven by a workforce that is 47% female and the rise of the #MeToo movement and more women leaders (though still proportionately small).

This is especially true when it comes to women in middle management, where the fall-off is greatest for women’s advancement. As women have been frustrated at being Velcroed to middle management – continually passed over for promotions, jobs and projects they are eminently qualified for – women have found other routes to career success. They had to. And, remember that women have been paid significantly less than men for decades, so the financial pressures on women are greater, especially as women are the primary breadwinner in 41% of households.

Women place greater importance on succeeding while being true to themselves and their values. This is also why women tend to focus more on social responsibility, including climate and environmental issues. A top corporate social responsibility executive recently told me that women outnumber men in the proportion of interns who seek her out to find out about the company’s sustainability practices when they are deciding if they want to join the company, for example.

Some women created what is now called a “side hustle” to provide fulfillment, or take lateral jobs more often than progress upwards. Many leave their jobs altogether and start their own companies to gain the flexibility and control they seek – again finding another way that is outside the traditional, male-designed career model. 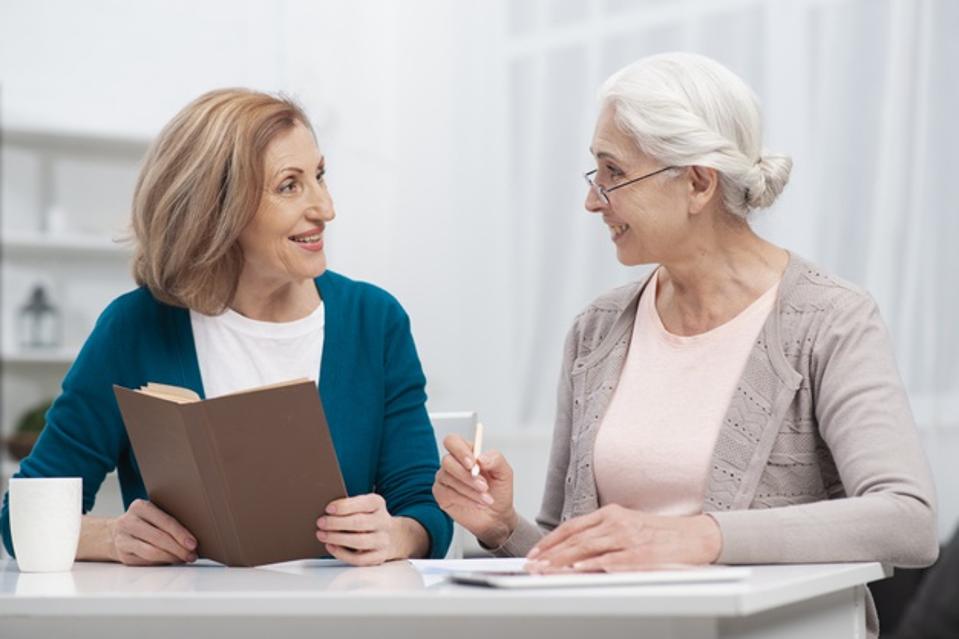 Carstensen says we need “more participation by workers over 60,” and more women over 60 are going strong in their working lives. This is due in part to the fact that women tend to be promoted into higher level jobs later in life than men are, in part because companies take longer to see women’s competence for these higher-level jobs.  It’s also due to the fact that women have to work longer to support their financial needs since women earn much less money than men. And women enjoy working.

For example, there is a flurry of new “returnship” programs, which provide onramps for women to re-enter the workforce full time after taking time away to raise their children, dubbed “The 40-year Old Intern” by the Harvard Business Review.  These women also represent future leaders and will, therefore, evolve to higher career levels at an older age than men will.

As Carol Fishman Cohen wrote in that HBR article , “The day when women don’t feel compelled to take career breaks in the first place is the ideal. However, not only are we a long time from that moment, there are indicators that both women and men will be taking more career breaks going forward, not fewer.” 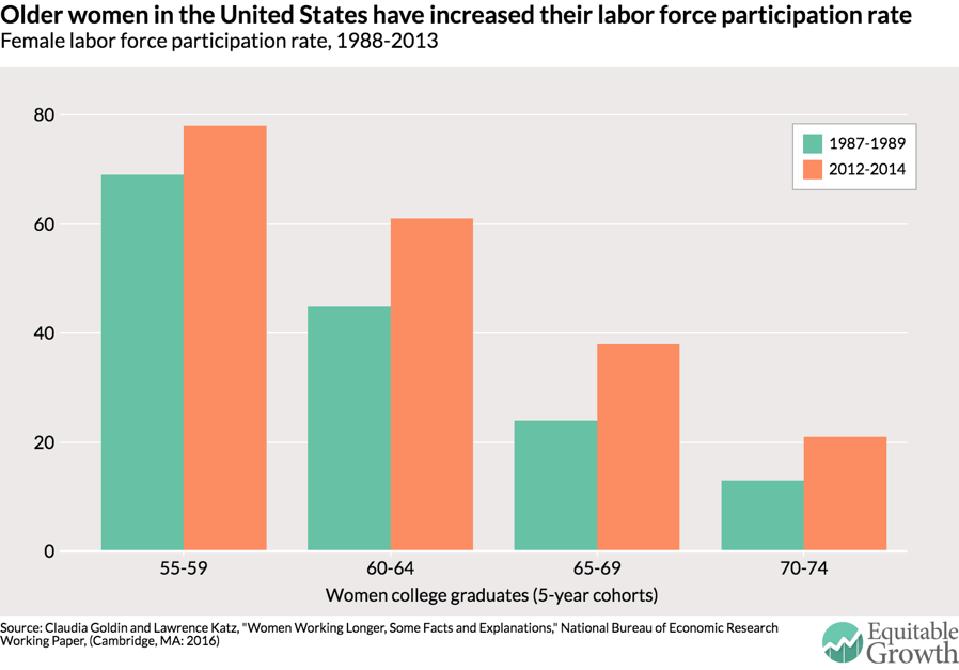 Women’s career and life choices are leading the way to “redesigning life.” Employers and society would benefit from following these women, instead of trying to make them conform to an outdated approach to life design that truly does not work for humans, employers, society or the planet.

Everton Buoyed By Ferguson Presence As Kovac Watches On

Five Things I Wish I Knew When I...

Understanding What Really Matters To Help Make A...