In mid-December, occupancy rates at the luxury Fairmont Resort & Spa in the Blue Mountains near Sydney were bottoming out at 10%. That was towards a weekend when usual occupancies would be well above 70%.

The bushfires have had a devastating effect on tourism and the hotel business from Queensland to New South Wales said Dr Jerry Schwartz, the hotel’s owner. 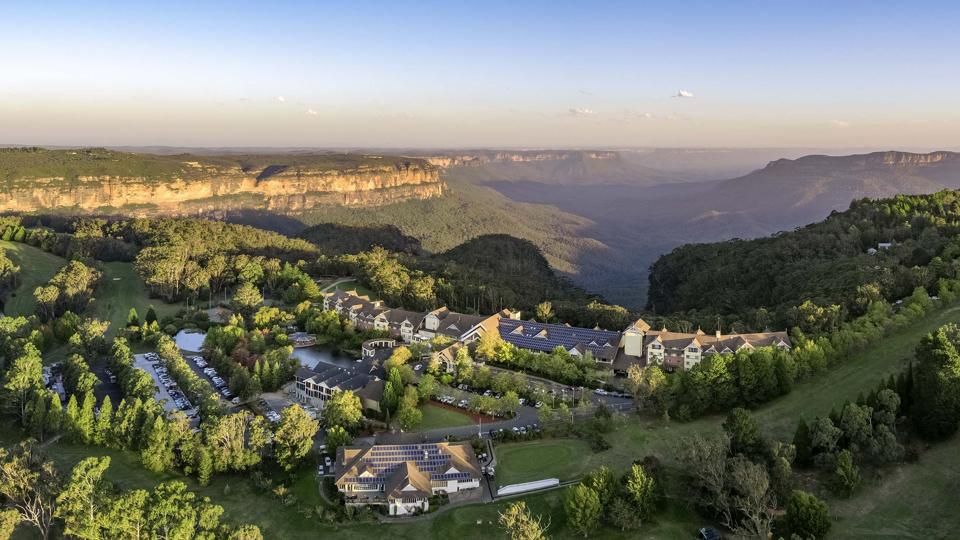 “The fires are having a huge impact–it’s a terrible thing for the country,” he says.

Local officials say the MGallery by Sofitel brand hotel has lost $2.5 million in revenue since the blazes began in November, with staffing levels severely cut. 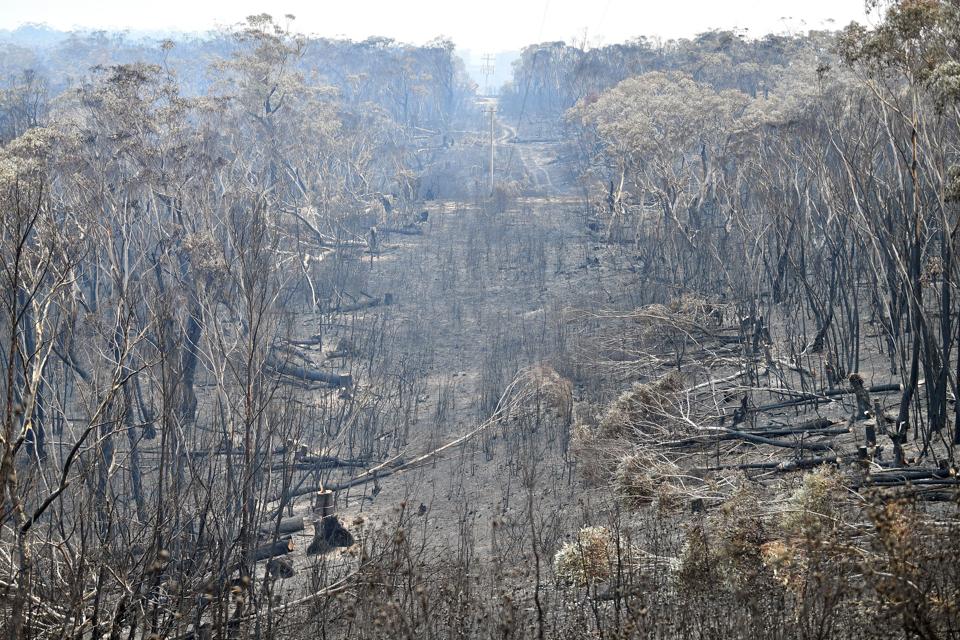 Scenes like this can been seen throughout the Blue Mountains, some 120 kilometres northwest of … [+] Sydney, after the bushfires. But now the fires have ceased, and tourism and hotels want business back. Photo by Saeed KHAN / AFP) (Photo by SAEED KHAN/AFP via Getty Images)

The same scenario is repeated throughout southeastern Australia. Schwartz says the lack of bookings at hotels has left tourism decimated in many regions.

“In New South Wales for example people have not been going to areas where there are fires. If you knew fires were raging in the area, would you go and take your family there for a holiday?

“The Gold Coast too has also been very smokey, though impacted business less.”

“The manager of one of our hotels near Townsville (in northern Queensland) said he was getting nothing but cancellations, instead of Christmas reservations. It was a similar situation in Batemans Bay, where fires were blocking the road from north–and there are some huge impacts on occupancies.”

Batemans Bay, a four-hour drive south of Sydney, ended up being an epicentre of the bushfire-ravaged beach communities over the New Year, with people forced to evacuate en masse.

Perry says the fires saw hotels in New South Wales loose major events, on top of thousands of leisure tourist stays, because of closed roads. Businesses throughout the South Coast region have been heavily impacted, and want tourists to return to help the recovery process.

The Blue Mountains too has been devastated–both physically and economically–by the fires. But now hotels and the tourism industry want people to know they are open for business, as the fires subside, and rains bring relief across the state.

“I want Best Western to take a leadership on this cos’ we have regional hotels all over Australia. Our position is: when the immediate emergency is over, we need to get out to consumers and say ‘look they are open for business, they need your business, use the rest of this summer period to get out and support them.’

“Just phone and book,” he urges. “The value of return visitation to these regions cannot be underestimated. It puts vital income back into the area, keeping businesses open and wages to local staff being paid.

“Guests will be welcomed with open arms as long as they remain sensitive to the needs of the local community in terms of fire alerts and water consumption.”

The Fairmont Resort & Spa is playing a part in wooing back tourists to the region, with its latest tweets, saying it’s “Time to come up and get into nature once again”. The mountains have been an historic nature and wellness weekend escape from Sydney.

Before the fires, Australia’s hotels were already being hit by oversupply as well as weaker tourism.

“The beauty of the hotel industry is that it bounces back,” says Jerry Schwartz.

The same could be said of a tourism industry, and a country, showing incredible resilience in the face of an unprecedented natural disaster.

Now people need to help them, by traveling back to their regions.

Jake Paul Vs. AnEsonGib: How To Watch Thursday...

When It Comes To Electronic Voting, California Is...