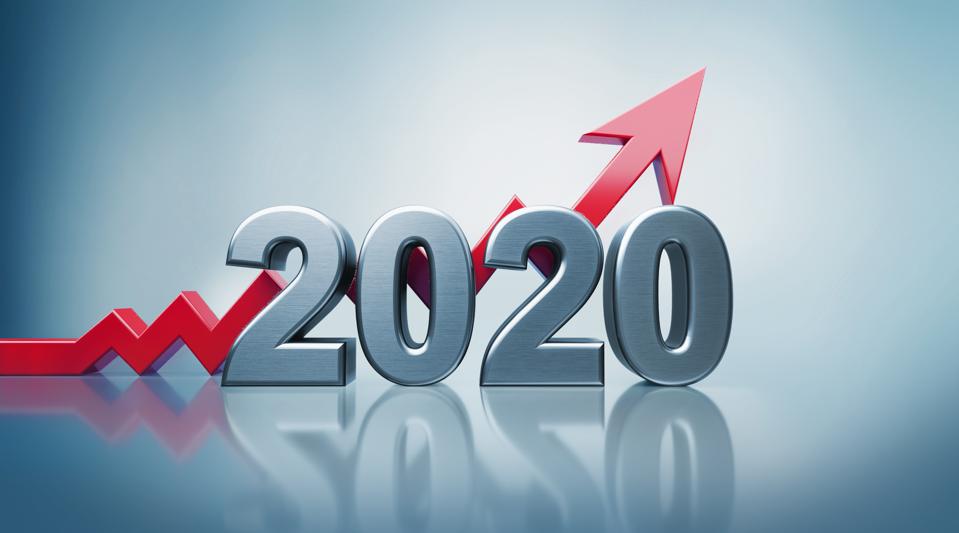 Following a horrendous final three months of 2018 and the first yearly declines since 2008, equity markets bucked bad headlines to record all-time highs in 2019, offering ample proof that stocks love to climb a “wall of worry.”

Negative news was everywhere, from an inverted yield curve and a manufacturing slowdown that seemingly signaled recession, to a trade war with China and an impeachment inquiry in Washington. Through it all, however, the economy continued to grow, interest rates remained at historically low levels, and the Federal Reserve cut rates for the first time in ten years, providing a potent mix for market gains.

The ride higher for stocks has not been without occasional selloffs, which provide opportunities for enterprising investors. Election years tend to be positive ones for stocks, but not always. When the tech bubble burst two decades ago the S&P 500 lost 9% in 2000, and went on to lose another 12% in 2001, and 22% in 2002.

Picking stocks for your portfolio during times like these can be difficult so I turned to some of Forbes’ top investment newsletter editors for potential opportunities in fundamentally sound growth stocks, dividend-payers and income-oriented ETFs.

With more than 1,100 stores, Menominee, Wisconsin-based Kohl’s is the largest U.S. department store chain. The stock looks cheap after it was thrashed in November due to lackluster quarterly results and lower forecasted profits. Kohl’s trades 20% below its five-year average multiples of earnings and cash flow, and 25% below its average price-sales ratio. Revenue in the year ahead is expected to grow 1.8% to $19.3 billion, with earnings stagnant at $4.88 per share. Kohl’s is a cash machine, generating $10.81 per share in free cash flow in the past year. That’s four times the annual dividend payout of $2.68 per share. It has a current yield of 5.3%.

Dallas, Texas-based Kronos Worldwide manufactures and sells titanium dioxide pigments used in a variety of coatings for automobiles, traffic paint, aircraft, machines, appliances and both commercial and residential interiors and exteriors. Revenue in 2020 is expected to grow 3.4% to $1.8 billion, with earnings rising 14% to $0.88 per share. Despite the growth, Kronos shares trade almost 40% below their five-year average P/E ratio and enterprise value-to-Ebitda multiple. The quarterly dividend has grown 20% over the past two years, and at $0.18 per share gives the stock a yield of 5.4%.

Edgewell Personal Care produces a wide range of branded consumer goods, including Schick and Edge shaving products as well as Playtex, Stayfree, Hawaiian Tropic and Wet Ones. EPC shares have declined nearly 70% since the June 2015 spinoff of Energizer Holdings as pricing and volume headwinds are slowly but steadily trimming the company’s revenues and profits.

However, Edgewell is aggressively reshaping its portfolio, recently announcing deals to sell its infant and petcare business and acquire shaving start-up Harry’s. Helping to lead the company’s turnaround is a new CEO and a new CFO, along with some oversight by GAMCO Investors that holds a 5.3% stake. While Edgewell’s debt will increase significantly with the Harry’s deal, the attractive valuation and turnaround plan offer interesting turnaround potential.

Alliance Data Systems manages store-branded credit card programs. After producing a stunning 10-fold gain since the 2009 financial crisis, ADS shares have fallen about 160% from their 2015 high on weak card volumes and a disappointing price from its Epsilon marketing platform divestiture this past April.

Partly due to a campaign by respected activist ValueAct Capital, the company’s board is more assertively tackling the company’s problems. The headquarters was moved to Columbus, Ohio, and the board just announced the hiring of an impressive new CEO who previously led Citigroup’s U.S. credit cards business.

While ValueAct has divested much of its prior holdings, I believe this is largely due to regulatory requirements that otherwise would prevent them from gaining a valuable board seat at (ironically) Citigroup. There are plenty of risks but also sizeable turnaround potential in ADS shares. The stock trades at an attractive 6 times estimated 2019 earnings per share.

Party City is the leading party goods retailer in North America and the largest vertically-integrated supplier of such products globally by revenue. It’s also a company that’s seen its stock lose more than 80% of its value so far this year as a result of much weaker-than-expected operating results driven by several headwinds. The biggest of these has been the worldwide shortage of helium, which led to materially lower sales of the company’s high-margin latex and metallic balloons.

But with the stock now trading at a ridiculously low 2 times even the low end of its revised full-year adjusted earnings guidance range of 89-96 cents per share, I think the potential recovery in the stock in 2020 could be enormous and well worth the risk—especially if Party City’s recent assurance that helium supplies at its retail store were approaching 100% and resulting in a bounce back of helium impacted categories proves to be true.

Driven by growing consumer demand for organic and all-natural food and dietary supplement options, specialty natural and organic grocery store retailer Natural Grocers by Vitamin Cottage has seen its store count climb by 76% over the past five years to 153. While this led to a similarly impressive 74% rise in sales, earnings are actually down during this span due to the elevated capital expenditures to support this growth and improve its operating efficiency. I think that’ll begin to change in 2020 where the payoff from these investments should become increasingly more significant and help send its shares higher.

Cohen & Steers Infrastructure Fund seeks total return, with an emphasis on income, by investing in such businesses as utilities, pipelines, railroads, toll roads, airports, marine ports and telecom companies. At $26.19, UTF carries a 7.1% current annualized yield and is trading very near its $26.61 net asset value. The fund has performed very well lately, recording a 43.97% total return over the past 12 months. Buy up to $33.00, for a 5.6% annualized yield.

Brandywine Realty Trust, which is based in Philadelphia, is one of the nation’s largest publicly traded REITs. It develops, builds and manages Class-A office and mixed-use properties in the Mid-Atlantic States and Texas. As of September, occupancy stood at 93.2%. Dividends on this stock are taxable as ordinary income. It is suitable for low- to medium-risk tax-deferred portfolios. Buy up to $19.00 for a 4.00% annualized yield.

The market has priced Amazon like a runaway monopoly—killer of all industries, especially retail. And the perception has been that Walmart was destined to become another rise and fall story of a dominant American retailer. But Walmart has been transforming. It has been aggressively investing in online. The company bought Jet.com in 2016, an American online retailer. That same year Walmart took a large stake in the number two online retailer in China, JD.com.

So, Walmart is positioned well to take advantage of the growth in the middle class in China. Amazon has yet to find its way in China. It has about 1% market share. Add to this, Google came in last year with a $550 million investment to help position JD to challenge Alibaba and Amazon on a global scale. Walmart is 40% of the market value of Amazon, but the gap is closing.

Corning is the leading maker of glass and ceramic substrates found in liquid crystal displays, fiber-optic cables, automobiles and laboratory products. Despite a solid third quarter, a disappointing outlook due to idled capacity and reduced spending in optical communications has sent the shares lower to a favorable entry point. Corning expects to return $8 billion to $10 billion to holders between 2020 and 2023 and plans to spend $10 billion to $12 billion on growth initiatives. Sales are expected to grow at a pace of 6% to 8%, while the target EPS growth rate is 12% to 15%. I think GLW trades at a discount and offers exposure to best-in-class products. Plus it has a 2.8% dividend yield.

A Study About The Portrayal Of Immigrants On Television Offers Surprising Results. Will This Spur Changes Going Forward?

Investors Flock To Dividend ETFs With Over $3...

Money For Wildlife And Banking For Cannabis Companies:...

Stock Market Fear: The Gold Price And The...