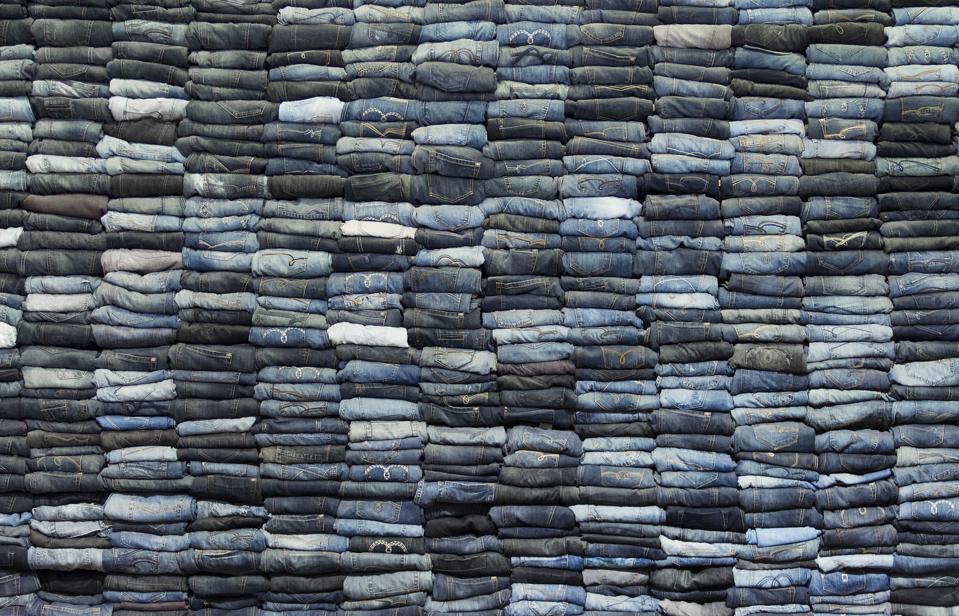 More than 132,000 pairs of jeans were collected in the 2020 Teens for Jeans campaign, a joint effort … [+] between DoSomething.org and Aeropostale.

Since 2008, more than 5.1 million pairs of jeans have been donated through the Teens for Jeans campaign — and the ninth partnership between DoSomething.org and Aeropostale again yielded an impressive result.

“Jeans are one of the most-requested items by young people in homeless shelters. They’re comfortable in any season and can be worn multiple times between washes,” says DoSomething.org Campaigns Manager Sahara Lake, who runs the Teens for Jeans campaign. “Plus, for a teenager without many belongings, wearing a pair of jeans can provide a sense of normalcy.”

According to the 2019 Annual Homeless Assessment Report (AHAR), 40% of homeless individuals are people under 18, and 69% of homeless youth report mental health issues.

“Teens for Jeans is the world’s largest youth-led denim drive,” says Aria Finger, CEO of DoSomething.org. “In 2020, students across the country, representing 4,515 schools, donated 132,295 pairs of jeans, adding to the 5 million+ pairs collected since the campaign’s inception.”

The campaign concluded on March 7, just before schools and department stores around the country began to shut down due to the coronavirus pandemic.

“Beyond being a much-needed item for shelters, jeans are the perfect item for young people to donate, and the timing couldn’t be better,” Lake says. “DoSomething members started collecting just after the holidays, when folks are likely to get new clothes and discard their gently-used ones. Our drop-off date extended into March, when young people are doing a much-needed spring cleaning. And the dropping off at Aero stores is accessible — our demographic (was) headed to the mall anyway, so donating (was) really easy.”

Beyond the Teens For Jeans campaign, DoSomething.org has published a list of resources available to young people to help them address specific needs related to displacement, food insecurity, anxiety caused by the coronavirus pandemic.

In 2010, DoSomething.org adjusted the focus of its Teens for Jeans campaign to address disaster relief following the earthquake in Haiti.

Box Office: Sony Got Lucky By Not Backing Down From Disney In 2019