Breaking
How To Get Your Startup Business Off The...
How To Create A COVID Safe Construction Site
How to Make a Good First Impression at...
Volkswagen’s Truck Unit Ties Up With TuSimple On...
3 Lucrative Hidden Benefits Of Podcasting
U.S. Tax Court Affirms Most Penalties In Patel...
Your Stargazing Guide To Fall: One ‘Halloween Blue...
Mnuchin: White House Still Supports Direct Payments For...
How To Retain Your First Startup Product Users
China Shipments To The U.S. Are 7 Times...
Reviewing ‘The iPhone Of Air Conditioners’
The 8 Best CRO Companies of 2020
AARP BrandVoice: The Doctor Will See You Now,...
ThoughtSpot’s New Cloud-Based Tool Aims At Boosting Growth...
10 Ways Service-Based Businesses Can Generate Positive Word-Of-Mouth...
A Customer-Centric Culture Starts By Embracing This One...
Report: Struggling Black-Owned Businesses Need More Government Grants
Microsoft Races Ahead On RPA (Robotic Process Automation)
Why The Fed’s Outlook Paints A Sobering Picture...
Home Business 15 Must-Watch Classic Films Available On HBO Max
Business 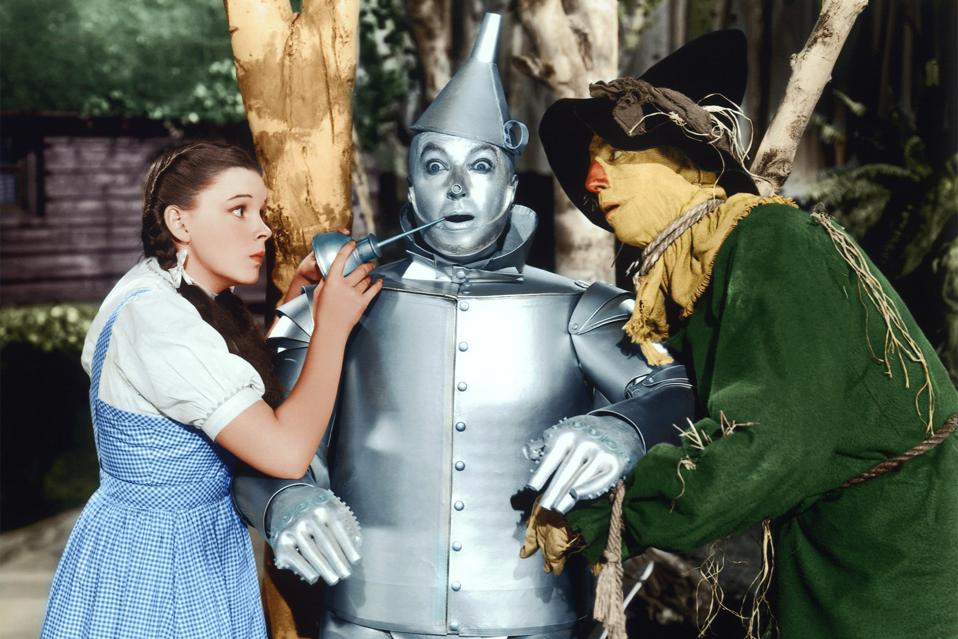 The new streaming service HBO Max has arrived, and with it a host of new high-quality TV and movie properties. The service boasts content from Warner Bros.’ own vast library alongside content from HBO, Studio Ghibli, Turner Classic Movies and others, and it includes not only popular content like the Harry Potter collection, the Lord of the Rings trilogy, and a large DC film library, but a vast collection of some of the best films of all time.

Seriously, HBO Max has (at this point) the highest quality film library of the big-tent streaming services. Here is a list of 15 must-watch classic (pre-1960) films you can find on the new service for your weekend streaming choices, each an absolute and fun winner.

One of the great comedic geniuses of the silent film era, Charlie Chaplin’s catalog of thoughtful, flawlessly executed, and innovative early comedies are still engaging and fun watches, and HBO Max has a ton. There’s no better place to start than The Gold Rush, which sees a hopeful prospector have a hilariously hard time in his search for gold.

The film is the one Chaplin most wanted to be remembered for, it’s an absolute blast, and you can pick from either the original 1925 version or the 1942 re-release. Other timeless Chaplin classics include the hilarious send-up of early industrialism Modern Times (1936) and Chaplin’s critique of fascism in The Great Dictator (1940).

King Kong has relatively recently graced our screens in Kong: Skull Island, but the original 1933 classic both holds up and boasts fun-to-watch innovations in FX as well as a bunch of great, classic scenes. It follows a New York filmmaker who sets off for an uncharted territory, Skull Island, only to come face-to-face with a monstrous, massive gorilla-like creature. You’ll be wowed by what the filmmakers were able to accomplish a little under a century ago.

Easily one of the best, most fun, and most influential fantasy films of all time, The Wizard of Oz sees Dorothy Gale transported via tornado to the fantastical land of Oz (alongside with her little dog, too). Beautiful songs, a huge film world, and gorgeous visuals permeate this family friendly and timeless classic.

Widely considered the best film of all time, this film centers on the legacy of newspaper magnate Charles Foster Kane following his death and mysterious final words. Controversial in its day for the central character’s alleged basis on newspaper tycoon William Randolph Hearst, it remains one of the most skillfully filmed and influential movies ever.

Casablanca has everything: rich drama, timeless romance, political intrigue, and some of the best writing you’ll find in a script (it actually tops out the Writer’s Guild of America-West list of the 101 Greatest Screenplays). Following the American expatriate owner of a high-end Casablanca club in the middle of WWII, it’s easily one of the most iconic romances ever filmed and feels absolutely modern and larger-than-life.

Another timeless romance, this David Lean classic follows a middle class woman, Laura, in a kind but dull marriage. Her world is twisted when she meets, and gradually falls for, a doctor on her weekly shopping pilgrimage. The pull between her heart and her marriage is palpable, driven home by great writing and a strong performance by lead actress Celia Johnson. HBO Max also hosts a number of other David Lean classics, like Great Expectations (1946) and Doctor Zhivago (1965).

Elia Kazan’s drama, adapting the Tennessee Williams play, follows a middle-aged teacher Blanche DuBois as she stays with her sister, Stella, and her sister’s husband Stanley. Tensions mount, and the performances are iconic—Vivian Leigh, Karl Malden, and Kim Hunter all won Oscars for their performances as Blanche, Mitch, and Stella, respectively, and Marlon Brando was nominated for his performance as Stanley.

A romantic comedy musical that takes place in the shift from silent to sound-pictures (the ‘talkies’), Singin’ in the Rain is a fun romp with catchy songs and top-tier choreography and dancing. If you love musicals, you have to see it. If you don’t… you’ll probably like this one, it’s that fun.

The 1950’s saw the release of many of the best films of all time, including a number of masterpieces out of Japan. One of Japan’s most interesting and talented directors, Yasujiro Ozu, released this story centering on inter-generational Japanese family dynamics is both strongly grounded in the issues of its time and place yet relatable, emotional, and smart, landing at the top spot on the British Film Institute’s 2012 director’s list of the greatest films of all time—high praise for a beautiful film. The service also boasts two other Ozu classics, Late Spring (1949) and Late Autumn (1960).

Another 1950’s classic out of Japan, this is the film that started the timeless franchise. Both a clever and well executed kaiju film and a political barb symbolizing the tragic WWII nuclear holocaust from a Japanese perspective, while Godzilla launched a number of awesome and fun franchise entries it’s a can’t-miss film in its own right. HBO Max also houses many of the sequels including the recent Legendary Pictures productions as well.

This film about suburban middle-class teenage ‘rebels’ was awarded with a number of Academy Award nominations and has come to have a huge cultural impact. Rebel was controversial in its day, but it has stood the test of time as a great classic with relatable and relevant issues and great performances by James Dean and Natalie Wood.

Akira Kurosawa is easily one of the greatest directors of all time, and Seven Samurai is widely considered to be one of the director’s masterpieces. The film centers around a village beset by bandit raids until a group of noble Samurai band together to defend it. It’s emotional, beautiful, and has an unforgettable score—one of this author’s favorite films of all time. Don’t miss other Kurosawa classics on the service, like Rashomon (1950), Throne of Blood (1957), or the film The Hidden Fortress (1959) that heavily influenced George Lucas’ Star Wars: Episode IV – A New Hope.

The first part of a trilogy, Pather Panchali is a masterpiece of early Indian cinema following an impoverished family in a rural Indian village as they struggle, dream, and sacrifice. It’s won a host of international awards and has been honored in many polls for the universality of its issues.

One of the best films by Alfred Hitchcock (and with films like Rear Window and Vertigo under his belt that’s no easy feat), North by Northwest is a top-tier thriller following an advertising executive pulled into a world of spies and criminals when he is mistaken for an agent. Full of mystery, action, and a thrilling conclusion, every minute of this film is a suspenseful ride. Don’t miss the director’s other works on HBO Max, like The Man Who Knew Too Much (1934), The 39 Steps (1935), and The Lady Vanishes (1938), among others.

Following a young Parisian boy who falls into a life of crime, Truffaut’s The 400 Blows is a wonderful work of world cinema that’s become a favorite of many influential world filmmakers, including Kurosawa and Satyajit Ray on this list. Jean-Pierre Léaud in particular excels as the boy in question, Antoine Doinel, and the director’s empathy for his characters shines through (it is, after all, a semi-biographical account of Truffaut’s own childhood).

These are just a handful of the exceptional early films available on the new service, each a worthy addition to your streaming playlist!