Breaking
The Impact of Internships in Marketing
3 use cases of chatbots for critical services
How To Make Working From Home Appeal To...
Tips on How to Design an Office Space...
4 Tips To Help Build Amazing Customer Relationships
How Are US Pension Funds Responding to the...
Benefits of second-hand cars for your business
4 Reasons Why Your App Needs To Undergo...
Your Guide to Online Marketing
How to find a Solicitor in London
5 car tyre and safety tips for a...
Everything You Need to Know About Corporate Social...
Is Adaptive Leadership the Key to Motivating Employees?
Why business events are set to return with...
Business events set to return with a bang!
Expanding Internationally: 5 Things to Consider for eCommerce...
Home Finance 169 Best Colleges Still Searching For 2020 Applicants And Offering Tuition Discounts
Finance 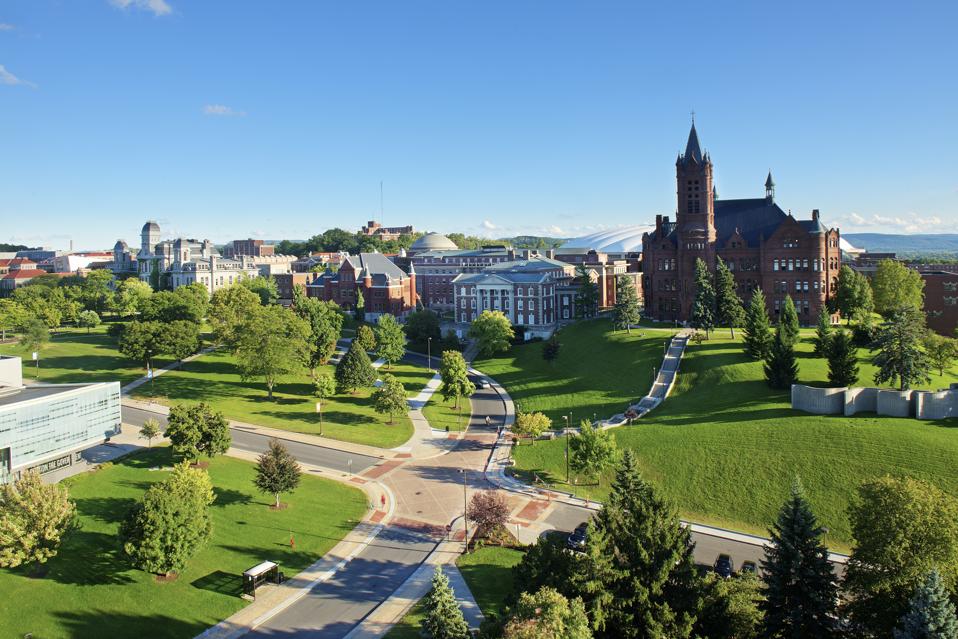 Each year the National Association of College Admissions Counselors (NACAC) publishes its list of colleges that have failed to attract enough eligible students to fill up their classes. Thanks to an oversupply of colleges—there are more than 4,000—and a declining pool of high school seniors, the list has been growing for years. Last year 521 colleges reported they had failed to attract enough students as of the traditional May 1 deadline. This year, Covid-19 threw an unexpected and ugly curveball to colleges and universities, and despite many schools extending their deposit deadlines to June and July, already 776 colleges have reported to NACAC that they still have openings—a 49% increase. For many tuition-dependent schools, failing to bring in enough freshman and transfer students causes immediate severe financial distress, and many colleges are likely close or be forced to merge with other schools.

Forbes consulted Princeton Review’s annual 385 Best Colleges guide, which identifies academic standouts among institutions of higher education regardless of their popularity or financial strength, and cross referenced it with NACAC’s college openings list. We discovered that 169 “Best” colleges are still desperately seeking students.

Below you will list a list of these good schools annotated by Forbes’ own America’s Top Colleges ranking, which awards colleges based on academics, experiences, career success and lowest student debt. And for those concerned about the viability of some of the colleges among the 169, we have included our 2019 Financial Grades, which measures the operational soundness and balance sheet strength of private not-for-profit colleges according to nine variables ranging from endowment per student to operating margin and instructional expenses per student. Our financial data comes from the Department of Education and is thus two-years old. Post-Covid-19, many schools have seen their financial health deteriorate and in general, any college with a financial grade of C or lower probably has a challenging future ahead of it.

Those interested in applying to one of colleges listed below—especially the private colleges—should expect to pay less than the tuition prices listed on their web sites. Even during good years, the vast majority of tuition-dependent colleges offer discounts in the form of grants to incoming freshman. This year, a Department of Justice ruling gives colleges the green light on poaching other enrolled students, so competition among schools should strengthen applicants’ bargaining power.

The highest ranking and best regarded colleges on our list include Santa Clara University, a Jesuit school located in the heart of Silicon Valley, and Pennsylvania’s Bucknell and Lehigh Universities. Other well known among the”vacancies here” list include University of Miami, the Bronx’s Fordham University, Syracuse University and St. Olaf College in Northfield, Minnesota. Among the larger flagship public colleges, Penn State, Ohio State University, Indiana University and Rutgers are all still accepting applicants for fall 2020.

—with reporting from Hannah Gross

The Stories We Will Tell