Breaking
The Impact of Internships in Marketing
3 use cases of chatbots for critical services
How To Make Working From Home Appeal To...
Tips on How to Design an Office Space...
4 Tips To Help Build Amazing Customer Relationships
How Are US Pension Funds Responding to the...
Benefits of second-hand cars for your business
4 Reasons Why Your App Needs To Undergo...
Your Guide to Online Marketing
How to find a Solicitor in London
5 car tyre and safety tips for a...
Everything You Need to Know About Corporate Social...
Is Adaptive Leadership the Key to Motivating Employees?
Why business events are set to return with...
Business events set to return with a bang!
Expanding Internationally: 5 Things to Consider for eCommerce...
Home Finance $190 Million Bitcoin Fund Tied To Former ‘Sheriff Of Wall Street’ Solidifies Role As Institutional Leader
Finance 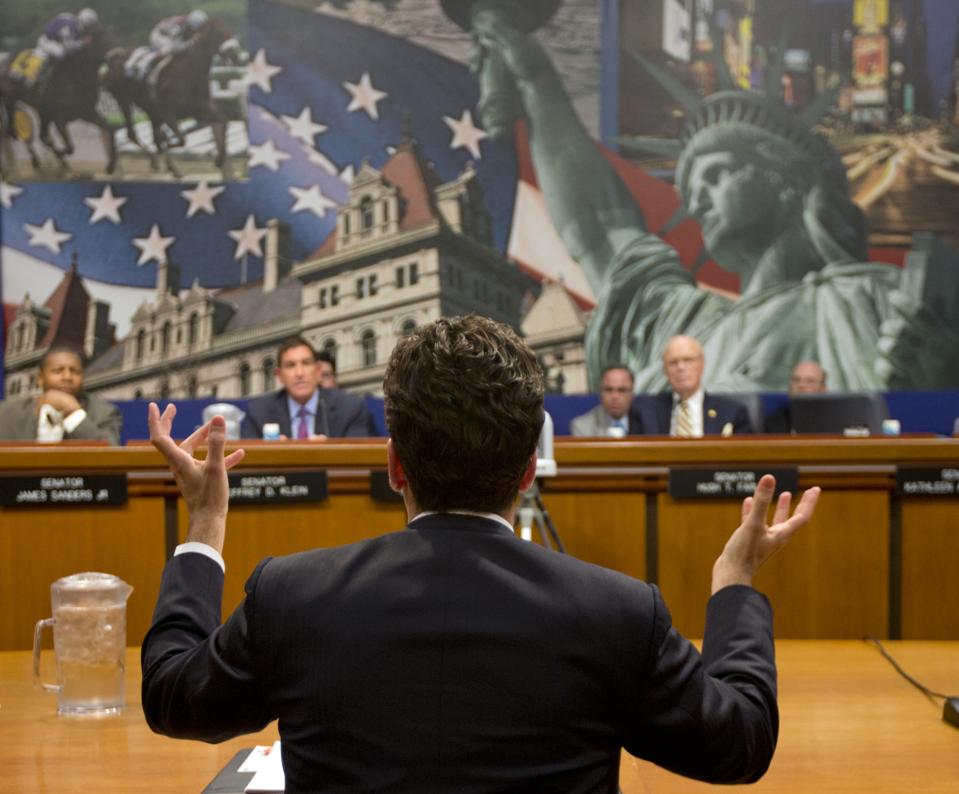 Benjamin Lawsky, then-superintendent of the New York State Department of Financial Services, speaks … [+] during a Senate hearing in April 2015. Lawsky now works at a company with ties to what appears to be a new leader in institutional cryptocurrency investing.

New York Digital Investment Group (NYDIG) today disclosed, in an SEC filing that it closed a $190 million bitcoin fund. The NYDIG Institutional Bitcoin Fund LP, reports that it has 24 unnamed investors and is  exempt under Rule 506(b) of the Regulation D safe harbor protections established in 2013.

Notably, another  NYDIG investment called the Bitcoin Strategy Fund was advised by Stone Ridge Asset Management LLC, a $15 billion advisor whose regulatory affairs boss Ben Lawsky, created the BitLicense granted to NYDIG in November 2018, less than a year after he left his regulatory post. Stone Ridge co-founder Robert Gutmann is listed as the CEO of NYDIG Execution LLC in a 2018 statement from the New York Department of financial services.

While details of the new fund are a mystery, it is notable for another reason. Last month, NYDIG announced it had closed another, similarly named fund for $140 million. If the fund, called the NYDIG Bitcoin Yield Enhancement Fund LP is in fact a different financial instrument, NYDIG has quietly become one of the largest institutional investors in bitcoin in the United States, with a total of $330 million in bitcoin between the two funds. A representative of NYDIG declined to comment.

Namely, the Institutional Bitcoin Fund made its first sale on October 26, 2018, according to today’s documents, and the Bitcoin Yield Enhancement Fund started selling just a week before it closed. A third fund for bitcoin futures, called the Bitcoin Strategy Fund, is currently listed on Stone Ridge’s site under the ticker symbol, BTCNX.

Either way, the presence of a new major player in the institutional investing in bitcoin space is notable. To date, institutional investing in cryptocurrency has been largely dominated by Barry Silbert’s Grayscale, which has $4.0 billion in assets under management, with another new player, 3iQ announcing a smaller, but still significant $48 million exchange-traded product listed on the Toronto Stock Exchange.

Diversity Is Not Enough