Breaking
4 Tips For Attracting Your First ‘Dream Client’...
Want To Generate More Sales This Holiday Season?...
Your ‘Harvest Moon’ Moment Is An Illusion: Why...
Google Meet’s Unlimited Calling Will Continue To Be...
The Need For Speed-Is Quantum Computing A Good...
Stock Market Crash: The End Game Approaches
Best Video Conferencing Software
House Democrats Debate Bill To Allow Student Loan...
For These Indigenous Artists “Land Back” Is Both...
The Current Tech Stock “Bubble” Reflects Pessimism, Not...
A Look At What’s Inside House Democrats’ New...
Page Authority 2.0: An Update on Testing and...
How Public Health Experts Are Harnessing The Power...
This Husband And Wife Built A Luxury Brand,...
This Husband & Wife Built A Luxury Brand,...
Luxury Footwear Brand Chelsea Paris Re-Launches And Stays...
Home Finance 2 Funds With 9%+ Dividends Built For This Pullback
Finance

2 Funds With 9%+ Dividends Built For This Pullback 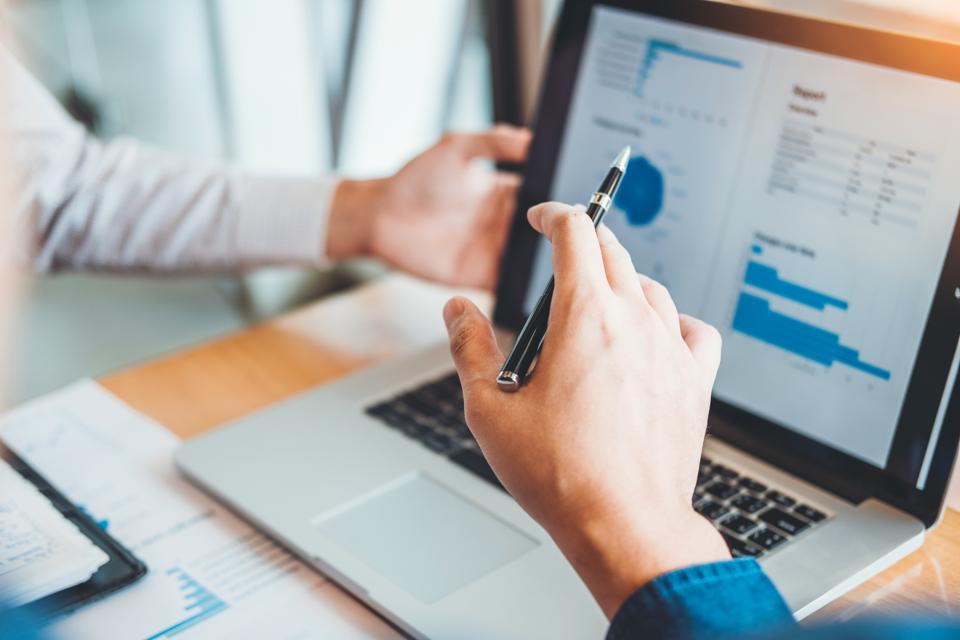 These days, we’re hearing a lot of pundits pontificating about which way the markets will go. But let me suggest something none of them are talking about:

What if stocks trade more or less flat for the next while?

It’s a contrarian call, to be sure, but there’s reason to think markets may be, well, kind of quiet in the coming days or weeks. And there’s a way we can squeeze a big 9.2% income stream out of just that kind of market.

I know what you’re thinking: how on earth could stocks just hold their breath while America is on lockdown, possibly for a long time to come?

It’s important to remember why markets go up or down in the first place. They always go down when there’s more uncertainty, because there’s nothing markets hate more than uncertainty. On the other hand, when markets get bad news they already expected, they can go either up or down—and they usually don’t fall very far when they do drop.

You can see this in every bear market in US history: the market finds its bottom before the bad news really starts rolling in, then settles into a new price channel as the news gets worse.

Then, as you can see above, stocks actually rose 15% at the start of 2009, even though unemployment climbed a further 38%. Why were stocks going up when unemployment was rising to its highest point in nearly a century? Because this was certain bad news, which sometimes makes the market rise because it’s better than uncertainty.

That’s what we saw last week. On Friday, when we were told that over three million jobless claims were filed in a single week—nearly five times the record set over 30 years ago—the market went up.

The market rose because this was certain bad news: investors were expecting it; it was tangible and quantifiable. And it was not as bad as the worst estimates (some had expected five million claims) while being close to some of the more conservative estimates (around two million).

In other words, we’re at a point where the market sold off so aggressively, and investors were expecting such bad news, that stocks may have hit a floor—and they may stay there as more bad news trickles in, because we’re learning more about this crisis and how we can fix it.

How Options Markets Are Giving Us a Shot at 9.2% Dividends

It might sound crazy to expect a flat market today, because there’s still a lot of uncertainty out there. So what can we do?

One way to profit in this environment is by selling call options, which give the buyer the right, but not the obligation, to buy a particular investment (a stock in this case) at a specified price within a specific time period. In return for that option, we get paid a premium by the buyer, which is ours to keep free and clear.

That best way to think about options is as a kind of insurance investors buy to protect other bets elsewhere, whether bullish or bearish.

We’re not going to buy options ourselves, though; instead, we’re going to let a seasoned pro do it for us, through an actively managed closed-end fund (CEF), which will then hand these premiums off to us in the form of cash dividends.

One option-selling CEF to consider now is the Nuveen S&P 500 Dynamic Overwrite Fund (SPXX), which yields 9.2%, one of the highest levels the yield has seen in the past decade. This fund buys the stocks in the S&P 500 and sells call options on those holdings, passing on the cash it generates to investors as dividends. SPXX is also cheap, trading at a 12.5% discount to NAV.

Another option to consider is the Eaton Vance Tax-Managed Buy-Write Strategy Fund (EXD), which yields 11.3% and has a 9.4% discount to NAV. Like SPXX, EXD sells call options, but it differs in that it focuses on a tech-heavy portfolio of large-cap names like Apple (AAPL), Microsoft (MSFT), Facebook (FB) and Alphabet (GOOG, GOOGL).

These are the kinds of companies people are using more than ever, now that they’re self-isolating, making EXD both well positioned for the current market and the period we find ourselves in.