2019: The Good Old Days … Before Coronavirus 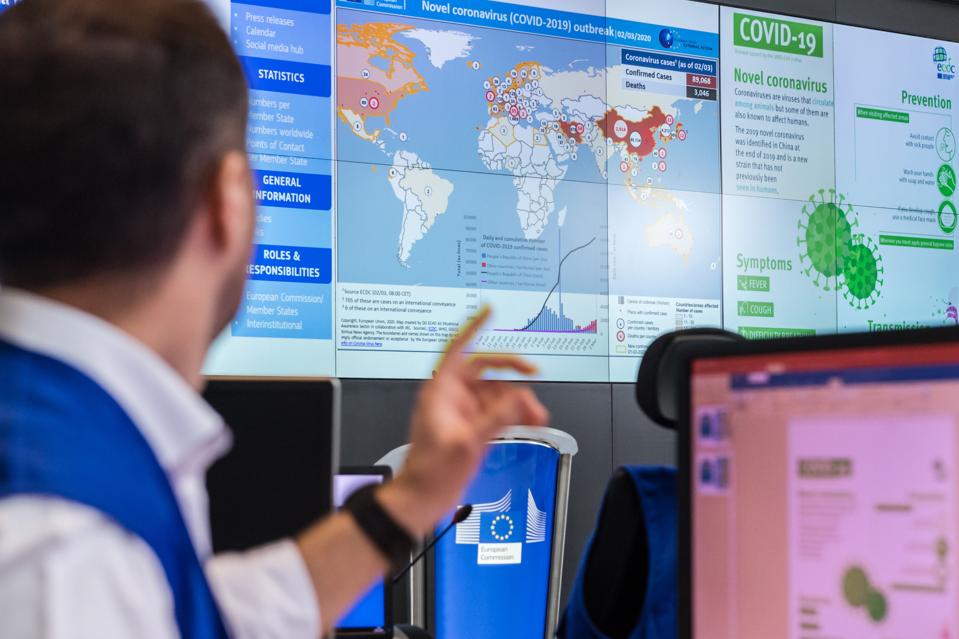 Even with all this “scary stuff” happening around us, I’ve noticed some good things happening as … [+] well. Photographer: Geert Vanden Wijngaert/Bloomberg

Remember just a few months ago when people in the U.S. were arguing politics, complaining about taxes, lamenting over student loans, dreading rush hour commutes, and more? Those were the good old days!

Seriously, given the severity of the coronavirus and how it is impacting us in the form of fear and inconvenience, those things that bothered us before the outbreak that began in Wuhan, China, in December—not even three months ago—don’t seem so bad after all. Coronavirus has put a lot into perspective.

The outbreak began shortly before December 31, 2019, when China reported several cases of severe pneumonia in Wuhan. On January 20, the first case in the United States was confirmed. According to the World Health Organization, there are more than 209,800 confirmed cases and over 8,700 deaths as of March 20—its most recent situation report at the time of writing. The situation is scary. This isn’t just our country, states and local communities in the U.S. The entire world is being impacted.

Even with all this “scary stuff” happening around us, I’ve noticed some good things happening as well. Sure, I’ve noticed frustrated, angry people acting out, but I’ve seen more good than bad. Some people are really stepping up. In addition to something seemingly as small as washing their hands more often, some people are stepping up in a big way and helping those less fortunate. They are donating food and time to those in need. It is refreshing to see many people thinking beyond themselves.

When times get bad, often there is something good that comes out of it. When we finally return to normal—if there ever was and will ever be such a thing—I believe we will be in a better place. We’ll be more appreciative of what we have. We may not sweat the “small stuff” the way we did before all this happened. Some may remember that after 9/11 the change in people was noticeable. In the U.S. (and many places abroad), we came together to help and support each other. We became a little more patriotic and appreciative of the armed forces that protect our great nation. At least for a short while, we felt good about what we had because we realized how quickly we could lose it all.

While 9/11 and the coronavirus crisis are different, we will experience some of the same behaviors. At least for the short-term and maybe longer, most people will be more tolerant of others and the “little things” that frustrated them in the past. Many of you have likely already experienced disruptions in your daily routines—which may be frustrating in themselves. Some of you may be reading this from home instead of from your office. You may have tried to do your routine grocery shopping, only to find the shelves empty. Perhaps you tried to go to the gym or out to a restaurant, only to find those establishments temporarily closed.

It doesn’t matter how—everyone is being affected by it. Instead of panicking, ask yourself how you can adapt for the better. In the end, we may walk away with a different perspective. We’ll get along better with others. We’ll realize that at the end of the day, life is pretty good—even if it isn’t perfect.

A Second Wave Of Coronavirus Is Likely Inevitable