Breaking
‘Remnant: From The Ashes’ Is Cheaper Than Ever...
Top Stocks To Buy Today As Markets Rise...
How To Sell Artisanal Ice Cream In The...
Making America’s Trumps Pay Their Fair Share
Fortnite Season 4, Week 9 Challenges Revealed And...
Yesterday You Were Just A Business; Today You...
Should Your Company Help Get Out The Vote?...
Hyperautomation And What It Means For Your Business
The Role Of The Indie Agency In Our...
Parker-Hannifin Crosses Pre-Covid Peak But Investors Set To...
6 Reasons Your Cold Messaging Efforts Fail And...
4 Analytics Categories To Track To Improve Your...
Predictions 2021: Cloud Computing Powers Pandemic Recovery
This Is Why You Need A Strategy In...
Economic Research Exposes Significant Flaws In DOL H-1B...
How Breast Cancer Turned This Entrepreneur Into A...
Home Business 21 Savage And The 30 Under 30 Dreamer Team: “They Tried To Bury Us—They Didn’t Know We Were Seeds”
Business

21 Savage And The 30 Under 30 Dreamer Team: “They Tried To Bury Us—They Didn’t Know We Were Seeds”

A week after taking shots at President Trump’s immigration policies on Jimmy Fallon’s Tonight Show last January, Grammy-nominated rapper She’yaa “21 Savage” Bin Abraham-Joseph was detained for ten days by U.S. Immigration & Customs Enforcement (ICE). Born in the U.K., Abraham-Joseph moved to Atlanta at age 7 with his family and had overstayed his original visa by many years.

“He’s a gangster,” the 27-year-old performer said of the president in an October interview with Forbes. “He don’t give a damn.”

21 Savage, a member of the 2019 Forbes Under 30 and a judge of this year’s music list, is a “Dreamer”—one of an estimated 3.6 million people living in the U.S. after having arrived undocumented as a youth. Among them are nearly 800,000 who, by meeting any of a number of criteria (military service, a high-school diploma, no criminal record and more), were approved for President Obama’s Deferred Action for Childhood Arrivals program (DACA)—an initiative that Trump, who recently called some Dreamers “no longer very young” and “very tough, hardened criminals,” wants to shut down. The Supreme Court will likely decide their fate next year.

“Despite the fact that so many people want to see us fail, we are thriving,” says Sarahi Espinoza Salamanca, 30, a Dreamer from the Forbes Under 30 Class of 2016—and part of our “Dreamer Team” of list alumni working to help others who grew up undocumented (see below). “We are becoming doctors, teachers, lawyers, engineers, entrepreneurs and so many other amazing things.” 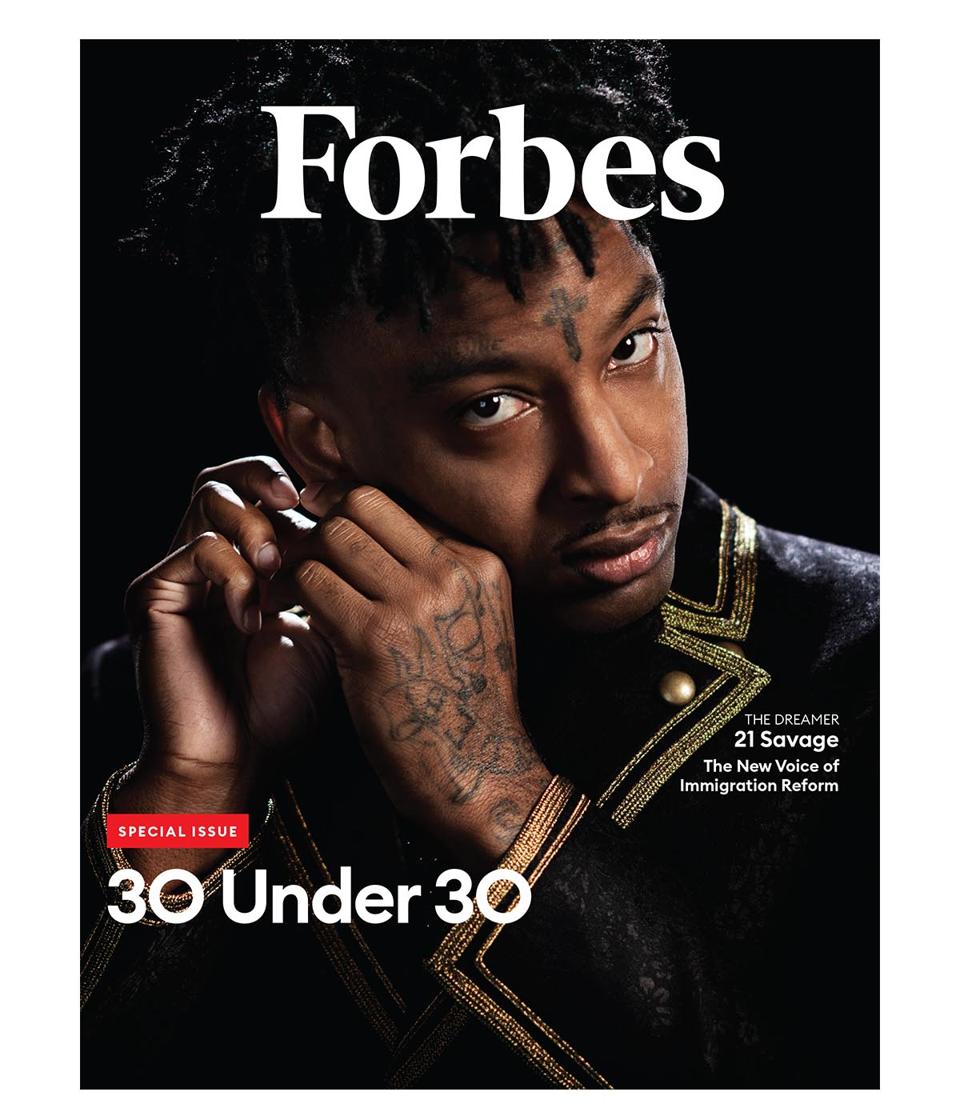 Including hip-hop stars. For sure, 21 Savage has had it better than most of his cohort since arriving on the scene in 2016 with an appearance on Drake’s platinum single “Sneakin’.” He went on to work with a host of other Under 30 alumni including Migos, Cardi B and Post Malone; “Rockstar,” his 2017 duet with the latter, topped charts in North America, Europe and Australia. 21’s solo debut reached No. 2 on Billboard’s album chart that year. His next, released the following year, hit No. 1.

That didn’t stop ICE from detaining him after a traffic stop six weeks later. According to his legal team, 21 was told he’d be deported over a prior conviction, even though it had been vacated and he had a new visa pending (ICE declined to comment on the matter earlier this year and did not reply to a recent follow-up inquiry). He was released only after efforts by a broad coalition—including his own representatives, as well as Jay-Z and Black Lives Matter—culminated in the delivery of a slew of cardboard boxes featuring 450,000 petition signatures to ICE’s Atlanta headquarters.

“It was not just about the petition-gathering, but it was also about getting more awareness out,” said Black Lives Matter cofounder Patrisse Cullors. “Black immigrants are criminalized two times, both by their immigration status and because of racial injustice.”

In the aftermath, 21’s fortunes have improved in many ways, including financially. His average nightly concert gross was about $50,000 around the time of his detention; it has doubled since, as he has become a cause célèbre. “I’m an example,” 21 Savage says. “People who didn’t think it affected certain people can say, ‘Wow, it affected him. Who would’ve ever thought that?’”

21 Savage is one of many Forbes Under 30 alumni who grew up undocumented. Here’s a look at a handful who are finding innovative ways to elevate Dreamers nationwide. 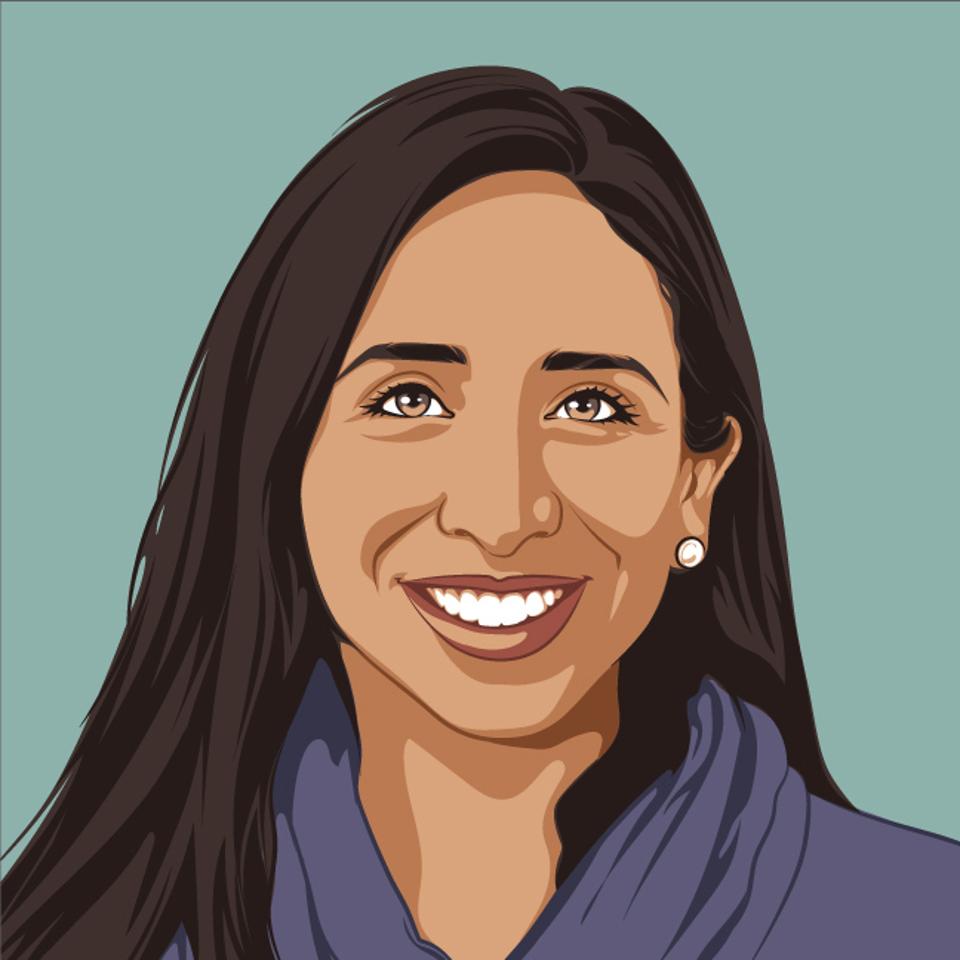 This Teach for America veteran’s startup, which currently operates in Texas and New York, trains nearly 2,000 educators to help support 60,000 undocumented students in those two immigrant-heavy states. “The current and former criminalizing of the community for seeking better opportunities in this country has led to anxiety and trauma in the fear of family separation,” says Luna. “Despite this threat, undocumented youth still show up to school and seek out the education they deserve.” 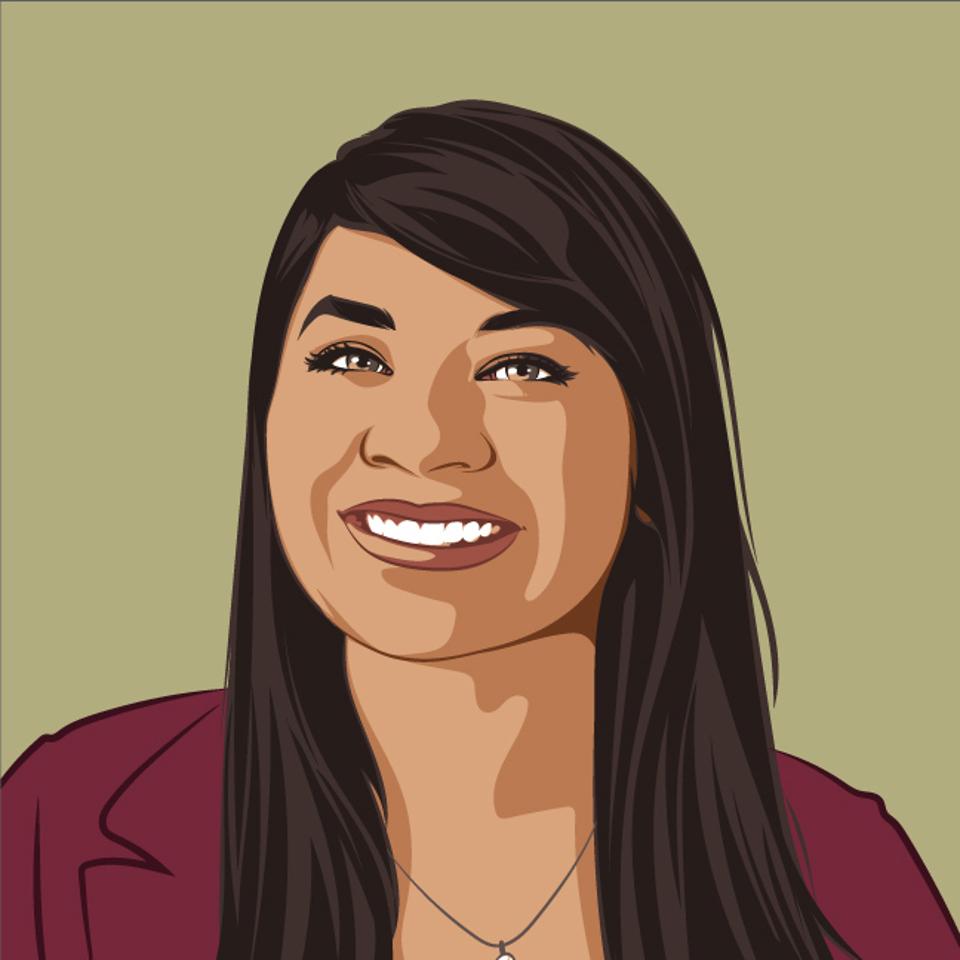 A founding member of Teach for America’s DACA Advisory Board, Montoya created Phoenix based Aliento (Spanish for “breath”) to support Dreamers via extracurricular educational workshops and arts programs. “There are a lot of good people who want to support, but their level of urgency, it’s different,” she says. “We as Dreamers cannot wait for another presidential election for people like my students and I to be protected.”

The duo’s organization pairs undocumented students with jobs in a variety of medical professions. “For individuals to continue to go to work, to pursue higher education and start businesses knowing that our existence in the U.S. is in peril takes an enormous amount of courage,” explains Marquez. Latthivongskorn, originally from Thailand, is one of six plaintiffs in the landmark DACA suit to be decided next year. “Hearing the cries of ‘Undocumented, Unafraid’ through the walls of the Supreme Court, even in the face of uncertainty, grounded me to move forward,” he says. 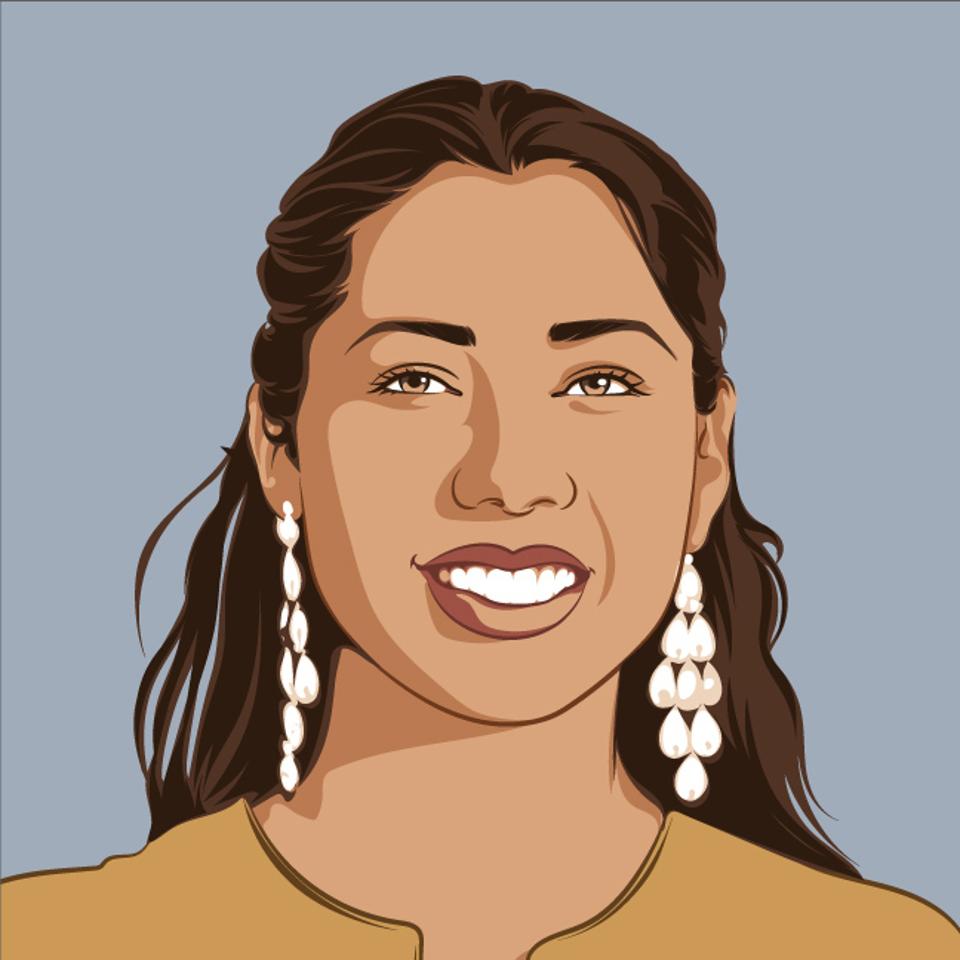 The app she created helps undocumented students with admissions, scholarships and financial aid. It has been downloaded nearly 40,000 times since its release in 2016. Says Mendoza: “I always keep in mind this beautiful Mexican proverb which reminds me of who we are:  ‘They tried to bury us—they didn’t know we were seeds.’” 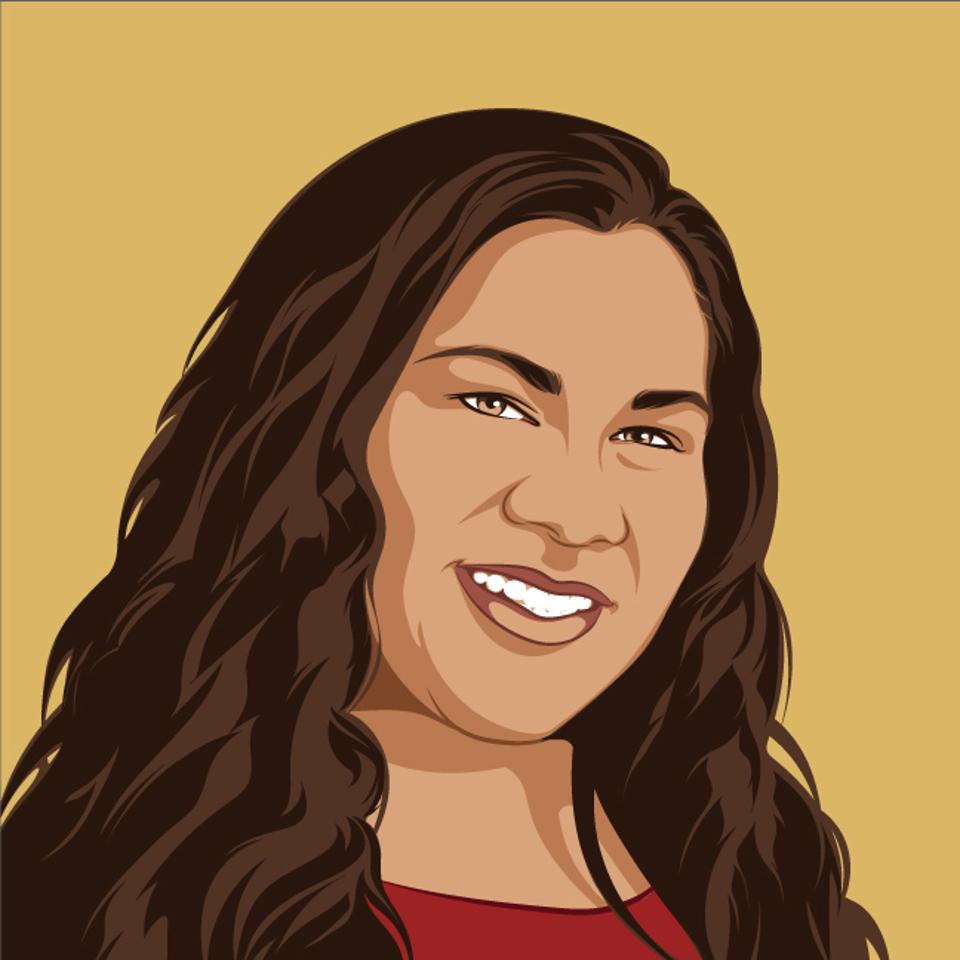 Director of Advocacy, Development and Communications,

In 2013, Pacheco became the first undocumented Latina to testify before Congress, discussing U.S. immigration policy. She now helps run the largest college-access organization for undocumented youth. “Our greatest source of hope is that we grew up in this nation understanding and knowing our full history,” says Pacheco. “Our country has always found a way to come to rectify its wrongdoing. We are called Dreamers for a reason.”

How To Start And Successfully Sell A Startup