Breaking
Meet Onesimus, The Enslaved Man Who Saved Boston...
How to Build a Sales Forecast Model
The Unexpected Ways COVID-19 Has Forever Changed What...
Google Posts: Conversion Factor — Not Ranking Factor
How To Bring Your Branding To Life
Coinbase Cofounders And Investors Poised To Rake In...
How To Stay Top-of-Mind For Your Audience With...
Employers: Eight Red Flags You May Not Notice...
The benefits of videoing in the automotive industry
Ted Lasso, Other Apple TV+ Shows Arriving Soon...
How To Incorporate Click And Collect Into Your...
What Are Working Capital Loans and When Should...
The 10 Biggest Trends in Entrepreneurship to Look...
Clubhouse Has Grown 10X In Two Months. Here’s...
Here’s Why Tyson Foods Stock Looks Undervalued At...
How To Maintain Client Relationships During Long Projects
Home Finance 3 Cheap REITs Paying Up To 8.6%
Finance 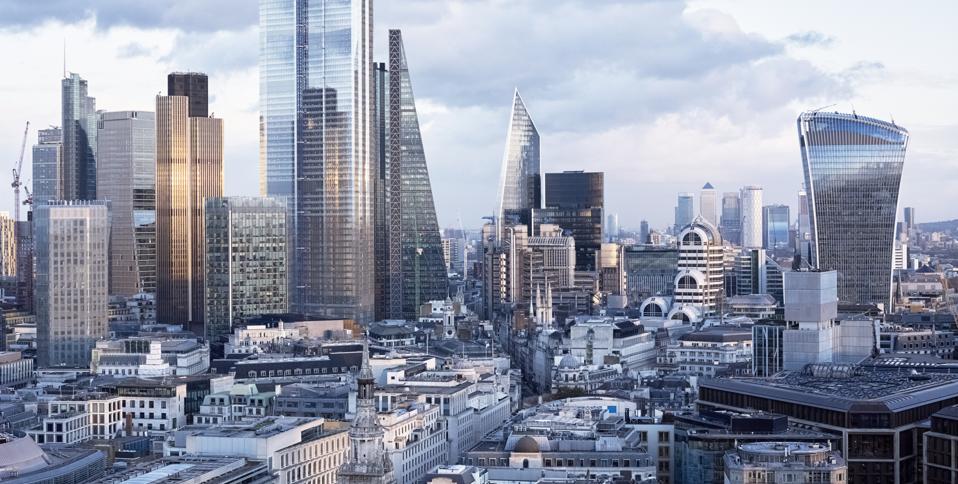 Income hunters that made their way into real estate investment trusts (REITs) at the start of 2019 are rolling in more than rent checks right now. Not only did they enjoy the sector’s generous dividends, they enjoyed big price gains to boot.

Even the “dumbly indexed” Vanguard Real Estate ETF (VNQ) peeled off a sweet 28.9% in total returns last year. That’s its best showing since 2014, and more than double its average annual return of 11%-plus over the past decade.

I’ve previously warned about the dangers of holding REITs whose fundamentals are out of whack with its valuation. Not only are we limiting our upside with expensive shares, but overpriced property owners tend to yield less, too.

Unfortunately, today, the entire sector looks quite expensive! REITs on average are trading for almost 19 times funds from operations (FFO, a quintessential profitability metric for real estate companies). I typically want to buy into REITs when they’re cheaper from a P/FFO perspective. Our pickings are slim.

However, not every REIT followed the sector into the clouds in 2019. In fact, a few took it on the chin, and as a result trade far cheaper than their lofty peers—and sport screaming dividends to boot.

These three beaten down REITs are cheap in terms of their cash flows, and boast yields all the way up to 8.6%. But are they cheap for a reason?

Let’s start out with Taubman Centers (TCO), which is quite cheap at a mere 6.2 times its trailing 12-month funds from operations.

Taubman is a retail REIT, which immediately answers the question “What happened?” once you discover that TCO’s stock plunged 32% in 2019.

Specifically, Taubman owns, manages and/or leases 26 regional, super-regional and outlet shopping centers in the U.S. (that’s a problem) and in Asia (more encouraging).

To the company’s credit, it has been working for years to improve various aspects of the business. Taubman’s tenant mix is much more diversified than it once was, which has driven more than three consecutive years’ worth of quarterly tenant per-square-foot sales growth. It’s also been dealing with its debt issues, extending its primary line of credit and selling 50% of its interest in Starfield Hanam, to real estate funds managed by Blackstone (BX), to raise $300 million in cash.

Indeed, if you look at the company’s operational performance since 2016, it would appear that 2019’s thud—which included a disappointing third-quarter report that investors met with ire—was merely an anomaly.

But one of the factors impacting that Q3 report is a reminder of the uphill climb Taubman and most traditional shopping-center REITs have to contend with: dying retailers. CEO Robert Taubman said in the most recent conference call that the bankruptcy of Forever 21 had a “significant impact.” That’s despite the loss of just two of Forever 21’s locations.

The dividend is at least for real. The payout has been growing steadily for years and represents only 73% of this year’s full-year FFO estimates. But an uncertain landscape for brick-and-mortar retail puts most retail REITs in question. Taubman might be set up for a dead-cat bounce simply because it’s so cheap. But a long-term retirement solution? Hardly.

Hersha is a bi-coastal hotel REIT sporting a collection of 48 hotels, totaling more than 7,600 rooms, in cities such as New York, Boston, Los Angeles and Washington, D.C. Its properties house high-quality upscale, luxury and lifestyle transient hotels, spanning well-known brand names such as Hyatt (H) and Marriott (MAR), but also independent hotels such as Philadelphia’s five-diamond The Rittenhouse.

That didn’t matter in 2019. Almost everyone in the hospitality real estate industry struggled. Pebblebrook Hotel Trust (PEB) lost 5%. CorePoint Lodging (CPLG) fell by 13%. Hersha, though, was among the worst at a 17% loss.

I believe in lodging’s potential long-term, and catering to upper-class customers is almost a winning formula more often than not. But Hersha’s 2019 isn’t an isolated incident. Just look at how funds from operations have been trending over the past few years:

While CEO Jay Shah expresses quite a bit of optimism in the company’s quarterly results, as well as some legitimately strong results in important hotel metrics such as RevPAR, the fact remains that it’s struggling in key markets, most notably New York City.

HT’s payment has remained flat for almost five years now as a result of its weak results, and as I frequently preach: prices chase dividends, for better or worse.

Iron Mountain (IRM) is truly a rare breed of a REIT, providing something that many companies still need: shredding and document storage.

It provides a lot more than that, too, out of necessity. As companies go increasingly paperless, that’s less product for Iron Mountain to keep locked up or destroy. So it has branched out into data centers, document scanning, analytics and workflow automation.

But it’s not happening fast enough.

The “first-level” numbers don’t seem to indicate that. Growth has been pretty steady of late, albeit with a hiccup in 2019.

The problems lie underneath. For instance, consider that through nine months in 2019, data center operations accounted for just 6% of revenues. Data management accounted for 9%. Records and information management, which includes its shredding business, was half IRM’s year-to-date sales, and that part of the business continues to shrink.

That’s not to say IRM can’t become a digital juggernaut somewhere much farther down the line, but for now, its legacy business is in decline while it struggles to make hay in where its future lies.

The final strike against Iron Mountain for now? Its pace of dividend growth over the past four years:

These 8%+ yields are far from perfect, which is why their stocks are trading a such steep discounts. But it is possible to find bargain yields that are a bit more ideal for your retirement portfolio.

Complete Path: How To Solve The Corridors Of Time Puzzle In ‘Destiny 2’ And Unlock The Bastion Quest