Breaking
What an Effective Business Cloud Must Include
5 Ways to Make Running a Business Easier
4 Solutions for Work-from-Home Stress
Doug Flutie Maximum Football 2020 Review: The Good,...
How To Delegate Effectively
Stock Market: Two New Trends Shaping Next Buying...
European Commission Legislative Package For Cryptoassets Leaves No...
Apple iOS 14.0.1 Release: Should You Upgrade?
Social Media Marketing Consulting
What You Need To Know About Your Startup...
Governor Signs Landmark Student Loan Borrower Protection Bill...
Reddit Co-Founder Alexis Ohanian Plans $150 Million Investment...
This Week In XR: Enterprise Adoption And Financing...
The Disadvantages Of Aging In Place
How Advances In Customer Service Can Take Telehealth...
5 Reasons Why Your Startup Needs To Be...
Home Business 3 Ways BTS Made History On The U.K. Albums Chart This Week
Business

3 Ways BTS Made History On The U.K. Albums Chart This Week 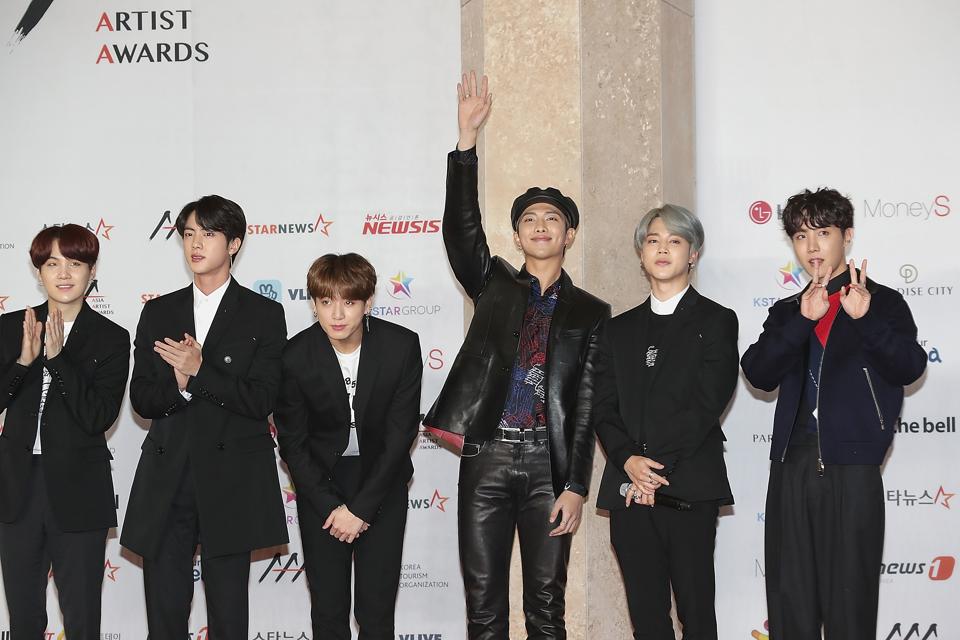 As is the case in many countries all around the world, BTS’s new album Map of the Soul: 7 rules the roost in the U.K., beating the likes of Lewis Capaldi’s Divinely Uninspired to a Hellish Extent, Ozzy Osbourne’s first project in a decade, Ordinary Man and even Billie Eilish’s When We All Fall Asleep, Where Do We Go? to the top spot.

In doing so, the group doesn’t just prove their popularity once again, they make history in a few ways.

BTS’s new album Map of the Soul: 7 debuts at No. 1 on the Official Charts Company’s albums ranking this week, returning the band to a position they’re only just getting to know well. The set conquers the tally with 38,000 equivalent units shifted in the country. Of that sum, 32,000 were pure purchases, a hefty number for any musician.

The new set is BTS’s second leader in the U.K. and their second in as many years. They first reached the summit in 2019 with Map of the Soul: Persona, which kicked off this latest series of albums. BTS remains the only Korean act to reach the top spot on the albums chart in the U.K., so they are obviously the only name from the country to do so on more than one occasion.

BTS has sent two albums to the penthouse on the U.K. albums chart, but that doesn’t tell the full story of how successful they’ve been in the island nation. Before they reached the No. 1 spot, the septet appeared inside the top 10 with their full-length Love Yourself: Tear, which peaked at No. 8 in 2018.

With three top 10 titles to their credit, BTS leads all Korean musicians in terms of charting wins on the albums ranking.

As Map of the Soul: 7 launches at No. 1, BTS’s previous leader Map of the Soul: Persona returns to the chart once again thanks to a sharp increase in sales and streams. The title is back at No. 96, giving the seven-member group control over a pair of positions this time around. This isn’t a first for the group, as they’ve managed this before, but it remains a very rare feat, even for them. No other Korean musicians have claimed more than one rung at once.

On CRM: From Salesforce To Zoho, Which Of These 10 CRMs Is Really Best For Your Business?

How Overcoming Hardship Helped This Female Executive Rise To The Top