Home Technology 30 Under 30: How Cameo Makes Tens Of Millions From Selfie Videos And D-List Celebrities
Technology

30 Under 30: How Cameo Makes Tens Of Millions From Selfie Videos And D-List Celebrities 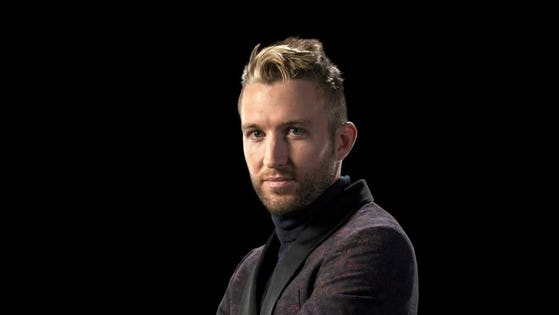 Every morning, Larry Thomas, the actor who played the Soup Nazi on Seinfeld nearly 25 years ago, follows the same routine. He works out, showers and then checks to see how many requests for personalized selfie videos await him on Cameo, the two-year-old digital marketplace for people willing to pay $60 a pop for Thomas to record say, a birthday greeting. To prep, Thomas, 63, tries to make himself look as much as like his iconic character as possible—perfectly coiffing his hair and mustache—and sits in front of a desk lamp at his Los Angeles home office, shooting the short clips using a mounted cellphone camera. “I’ve done about 525 [paid messages],” he says with characteristic earnestness. “And that is surprising to me because I didn’t realize there were that many people out there that would shell out 60 bucks on me.”

Through either Cameo’s website or app, customers pay between $5 and $1,000 for bespoke greetings from tens of thousands of TV and movie celebrities, pro athletes or internet personalities. Many are stars with faded, or fading, fame. Or ones that were just never that famous to start with. In addition to Thomas, Snoop Dogg (his going rate: $750 a message) lists his services there, as does Stormy Daniels ($250), Gary Busey ($350) and Troy Aikman ($600). Man’s best friend is in on the act, too. For $50, Wallace the Golden is available for commissions. Esther the Wonder Pig, meanwhile, costs a little less, at $40 a shot. Cameo is, in other words, Hallmark for an entirely younger generation.

As it turns out, Esther, Stormy and Troy were pretty busy in the past year. Cameo says it generated “tens of millions” of dollars in revenue during 2019 with the help of tens of thousands of celebrities after raising more than $65 million in total funding from investors that include Kleiner Perkins, the Chernin Group and Bain Capital. “I think we’ve tapped into something in the American psyche,” says cofounder and Chief Technology Officer Devon Townsend, who landed a spot on this year’s Forbes 30 Under 30 list off Cameo’s success. “Now we’re just trying to figure out how to grow this thing.”

Cameo’s business model is based on a simple commission fee: The talent takes 75% of every transaction, and the company pockets the rest. According to one investor, total transactions have grown tenfold in the past year. Jackson Jhin, the chief financial officer, says Cameo generated six-figure revenue in 2017, seven figures in 2018, and eight in 2019.

Those figures have investors pleased. “At the time when we invested [in June 2019], Cameo had grown pretty much every metric by ten times since the year prior,” Kleiner Perkins partner Ilya Fushman says. “All the most important metrics were up and to the right, ten times year-over-year growth, which is obviously what you love to see, and you don’t see very often. . . . It made this a no-brainer investment.”

The company was partly inspired from a 2014 trip that Townsend took with Duke fraternity brother and college roommate Cody Kolodziejzyk (better known today by his millions of social media fans as “Cody Ko”). Townsend, then 24, had quit his job as a Microsoft product manager to travel around Southeast Asia and Australia. He and Ko posted about their travels to Vine, the now defunct social media app formed around comedic six-second videos. Unexpectedly, their irreverent posts from places such as Japan, Vietnam, Laos and Cambodia earned them a passionate Vine following and millions of video views.

While abroad, Townsend started receiving messages via Vine from fans, asking for personal shout-outs. He did a few—“I literally had tons of [messages] from fans that were like, ‘Oh my god! My sister is a huge fan. Can you send me a video wishing her a happy birthday?’ ”—and the enthusiasm for them stuck in his mind. After returning to the states, Ko and Townsend, still roommates, started working on various passion projects. Ko took what they learned from their time on Vine to create a now ultra-successful YouTube channel. Townsend, meanwhile, linked up with Stephen Galanis, another former Duke fraternity brother. He “called me with another one of his crazy ideas,” Townsend recalls, an idea that would dovetail with the concept of tailored messages already floating around in Townsend’s mind.

Galanis wanted to build a platform to book any athlete in the world for some amount of money to do anything. “If you wanted to go golfing with Michael Jordan or you wanted Carmelo Anthony to come to your kid’s bar mitzvah, this would let you do that,” Townsend says. They hacked together a working version of Galanis’ idea in about three months but quickly realized it was too difficult to account for the variance in celebrities’ schedules. So they decided to instead focus solely on selfie videos—something easy enough for talent to record and something most fans wanted.

After fine-tuning the idea, the company launched on March 15, 2017, during a controlled experiment with a professional athlete. Cameo’s third cofounder, an Martin Blencowe, an acquaintance of Galanis’, was an NFL agent and managing Cassius Marsh, a defensive end then playing for the Seattle Seahawks. Blencowe was looking for brand deals and other forms of passive income for his client. So the founders convinced Marsh to tweet at his Twitter followers and let them know they could book him to deliver a personalized video message on their budding website.

But the experiment failed in spectacular fashion. The only customer they received during the test was one who eventually emailed the company—and told them the website checkout system wasn’t working. So the Cameo founders asked Marsh, without payment, to record a video message for the young girl and emailed it to her father, who recorded the reaction of his daughter and sent back the recording.

“She was sitting on the floor and laughing and crying,” Townsend says. “She was literally crying. It’s the most powerful video we’d ever seen. It was this really cool validation that it was something that could work and something that people could want.”

The team quickly patched up the checkout system and started recruiting more celebrities talent to join. A few crucial choices followed. Townsend insisted on sticking with an easy checkout function that doesn’t require an account on the site, a decision meant to encourage repeat customers and youthful ones that are especially opposed to uploading their personal information to the web and jumping through hoops to complete a purchase. This was “really, really controversial as you can imagine,” says Jhin.“Because we were not collecting profile data, we were not collecting purchase history and viewer history and all the stuff that VCs love to pontificate on.”

Another important bit of strategy: focusing on a roster of internet-famous celebrities like Townsend’s traveling companion Cody Ko rather than try to import mainstream, higher-profile ones that would be harder to lure in anyways. These web stars would already know how to create the popcorn-size content that Cameo would need; videos on the site average around 15 to 30 seconds. “Cody and Devon became two of the first Vine stars . . . and because of that, they understood you can be untraditionally famous,” Jhin says. “Devon in the very early days was proactively searching out those people. And in many ways, they’ve performed way better than the athletes and actors on the platform.”

Now, with the company’s successful 2019 in the rearview mirror, the founders want to refine the mobile experience and expand into international markets. “2020 will be the year of the app,” says Galanis. “We originally didn’t let people let people make purchases through the app.”

The company used to use a workaround to avoid paying for Apple’s 30% fee on all in-app purchases processed through the App Store, which were notably higher than the company’s 25% commission fee. Galanis says the company is now discussing with Apple how to remove the fee.

“We don’t want our customers paying for Apple’s shitty policy, and I think that’s the biggest change you’ll see in Cameo,” says Galanis. “And international expansion to India, which is really top of mind for us.”

As for Thomas, Seinfeld’s Soup Nazi, things continue to look pretty bright. Now, a “bad day,” he says, is four commissioned Cameos. “The other day I did 12.” He finds himself firmly committed to the task. “I take them seriously because I feel, you know, someone’s shelled out 60 bucks. They should get, I think, the very best experience that they could possibly get.” It’s going well enough that Thomas recently upped his fee, by more than 30%.