Breaking
Everything You Need to Know About Corporate Social...
Is Adaptive Leadership the Key to Motivating Employees?
Why business events are set to return with...
Business events set to return with a bang!
Expanding Internationally: 5 Things to Consider for eCommerce...
How the Machine Shop Is Going Digital in...
Sustainable Food Packaging Is Helping the Hospitality Sector...
Top 5 Investment Practices To Make More Money...
Managing IT Requirements for SMEs: 5 Aspects that...
How To Build a Successful Luxury Brand In...
Finding The Best Google AdWords Consultant for Your...
8 Top Tips To Help Your Agricultural Business...
Three Reasons Why Office Décor and Design Are...
Looking To Improve Efficiency In Your Business? Here’s...
AI and machine learning for business
How Social Media Changed the World
Home Technology 37 Attempts Later, I Beat Borderlands 3’s Maliwan Takedown, And It Could Be Good
Technology

37 Attempts Later, I Beat Borderlands 3’s Maliwan Takedown, And It Could Be Good

We’re just a few weeks away from the release of Borderlands 3’s first DLC pack, Mad Moxxi’s Heist of The Handsome Jackpot, but I am still trying to make my way through the game’s last big content drop, the Maliwan Takedown raid.

It’s something of a new experiment for Borderlands, a super tough raid geared for four people that is more than just a singular boss fight. It sounds exactly like the sort of way the series should evolve, and yet in practice, getting through the Takedown has been a nightmare.

37 attempts. That’s how long it took me to beat it. And no, not because it’s hard and I’m bad.

Rather, I am including in my “attempts” counter all the times that I had matchmaking issues that sent me into matches either by myself, or with 1-2 other people that weren’t enough to take it on. I’m counting matches where teammates died and left, either leaving us shorthanded, or disbanding the entire game if they were hosting it. And I’m counting the endless, endless crashes that almost convinced me I would never beat the Takedown without a hotfix. I crashed during the mid-boss Valykrie fight no less than six different times to the point where I believed I would simply never get past it. And then one time, I did. And once the game itself stopped being the obstacle, I was able to finish it and take down Wotan the Invincible at last. 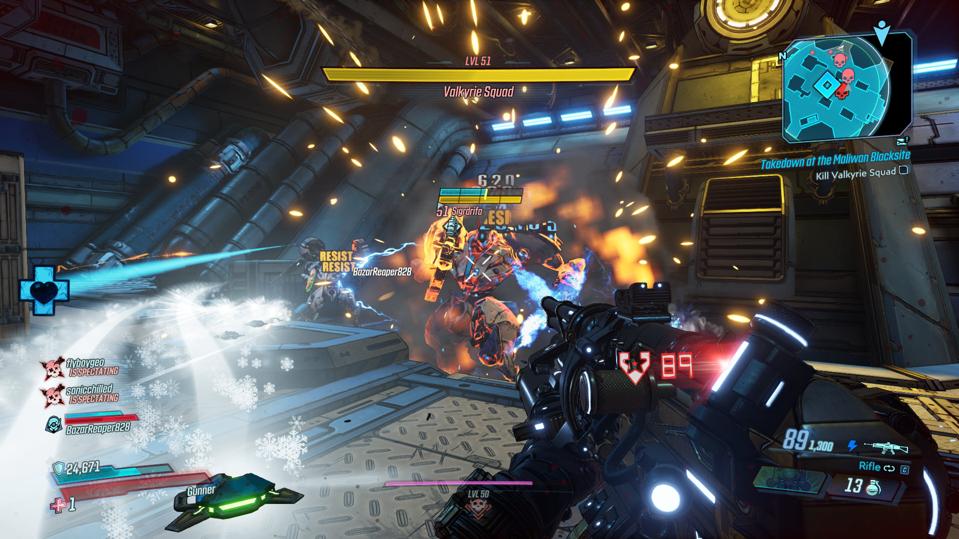 I have mostly solved my matchmaking problems by realizing that the only consistent way to get a game that works is to do nothing but TVHM, Mayhem 4, as there do not seem to be enough people matching in either Normal or lower Mayhems. This required me to push through the final TVHM campaign missions on Amara, the character I actually wanted to run the mission with given her insane damage build that is one of the only ones that feels comfortable in Mayhem 4 for me.

My run had me joined by another Amara and somehow, two Zanes which have managed to figure out incredibly good endgame builds, which is something I have yet to do for that character. Despite being TVHM and Mayhem 4, we were tearing through the mission with Cutsmans and freeze grenades and phaselocks. No one died, and those that were downed were immediately helped up again. We kept all four players the whole time, which was essential to victory.

The rewards are….solid. I was getting 3-5 drops for three different boss segments, with probably 2-3 random legendaries besides that for many 15+ during the entire run, maybe half of which were Anointed. I managed to get my first new weapon that was added during Mayhem 4 and could be exclusive to Takedown, I’m not sure, an SMG that creates pools of health from dead enemies. I still don’t understand the mechanics of Wotan because we were doing so much damage we sort of just blazed through all his invisible shield phases and I wasn’t really clear what was happening. 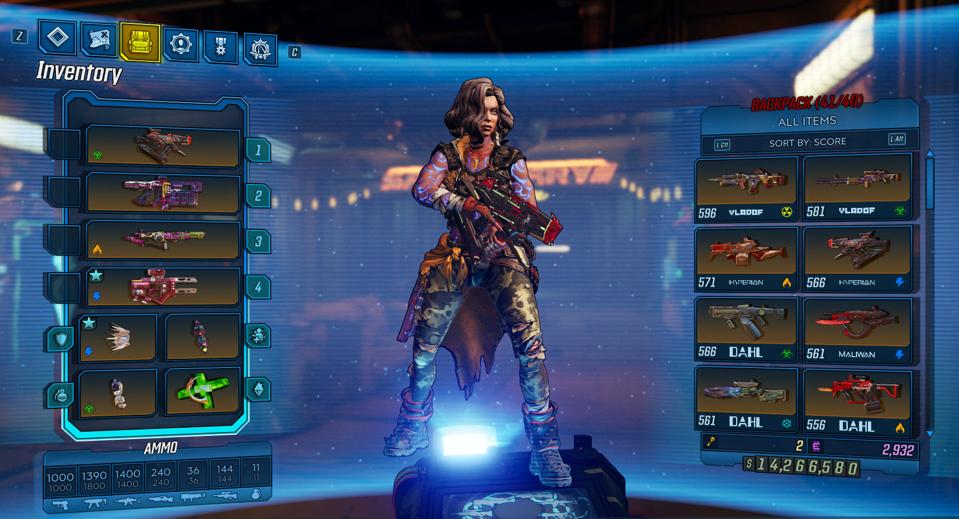 Still, when this run finally, finally worked as intended, with four players, with no one dying or leaving, with no crashes, it was really fun, and something I wish I could run repeatedly without risking a hard crash in the middle of the first boss fight, as I have no idea what triggers that or how to avoid it. But I’m not going to keep making runs of this if that’s going to happen 80% of the time.

Similarly, the respawn thing has to go. Just let people respawn. I get that this is a “hard” activity, but forcing people to sit out and spectate for half the run is ridiculous and it’s no wonder that people just leave when they die. This is not the way to introduce challenge. This spectate mechanic and team wipes might work in other games, but it sucks here.

Mayhem 4 finally is starting to feel somewhat okay, but it does feels restrictive in that you can only use the absolutely highest DPS builds in the game to even have a chance, and there are not many of those. The loot drop rate feels good, though I find it weird that I have probably played 20+ hours of Mayhem 4 and this is the first new weapon I’ve seen in a sea of old duplicates.

In short, this activity could be great with some technical and matchmaking fixes. I loved being able to beat it at last, but it’s too unreliable to want to run consistently, quite frankly, and that needs to change before I invest too much more time into it.

This Bestselling Writer Turned Her Panic Into Purpose