39 Critical Dividend Updates For Stocks Yielding Up To 47.9% 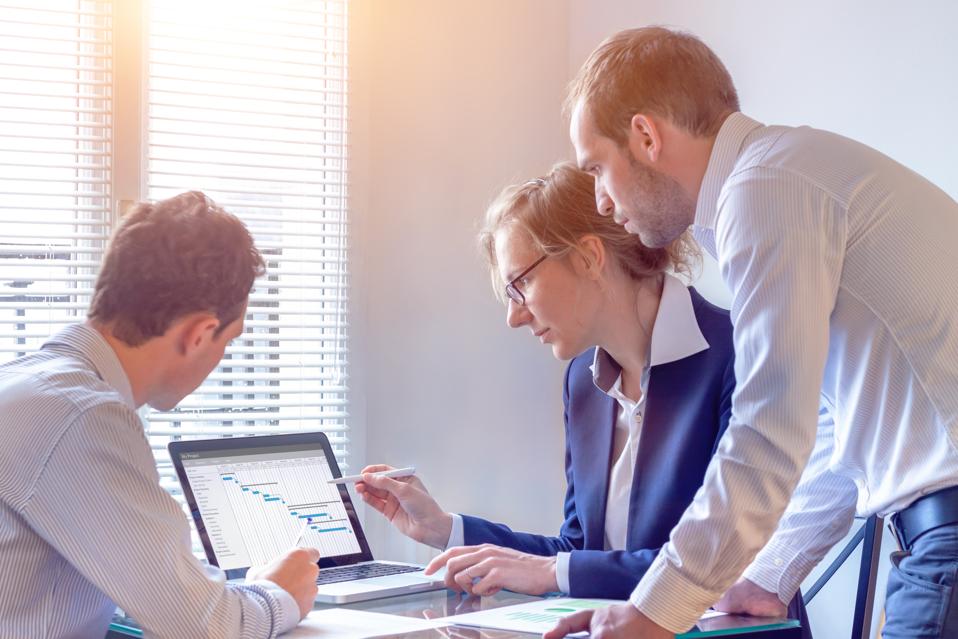 These 39 stocks are supposed to hike their dividends soon. How many of these raises are still going to happen?

The first-quarter earnings season is approaching, and that typically means a weekly flow of companies announcing upgrades to their regular payouts. Indeed, I’m about to show you 39 stocks, yielding up to 47.9%, that are on the schedule and expected to deliver dividend raises over the next couple of months.

However the sudden bear market has thrown a gigantic monkey wrench into this quarter’s dividend routine. Dividends are dropping like flies.

And that’s just a handful of names that have hacked away at their payouts in just the past couple of weeks.

It’s one thing to improve your dividend when everything the market is driving everyone’s stock higher and a go-go economy lets you effectively print profits. But doing it now? That’s a litmus test for quality.

Consider General Dynamics (GD), a Dividend Aristocrat whose share price is typically tethered to its dividend, more or less.

Sure, the right-side of many price vs. dividend charts look “broken” at the moment. But General Dynamics just announced an 8% increase to its payout. The last time the world emerged from a stock market crash like this, GD shined!

Realty Income (O) is another great example. The “Monthly Dividend Company” on March 17, well into the bear-market panic, announced its 90th consecutive dividend increase. Investors are hoping it’ll bounce back as strong in late 2020 as it did in 2009.

(With tenants likely paying their rent late, I’m a bit worried about O this time around. And that’s not my only high yielding concern in this “early-recession” economy.)

Let’s look at 37 more dividend stocks we need to keep an eye on in the months ahead. There is going to be economic fallout from the current sea-to-sea shutdown, and some payouts are going to be trimmed (or shelved altogether) in acts of management self-defense.

It’s put-up-or-shut-up time for the Dividend Aristocrats, many of which have skated by with token upticks for years in the midst of a favorable global economy. Now, we get to see what these old dogs have left in the dividend tank. 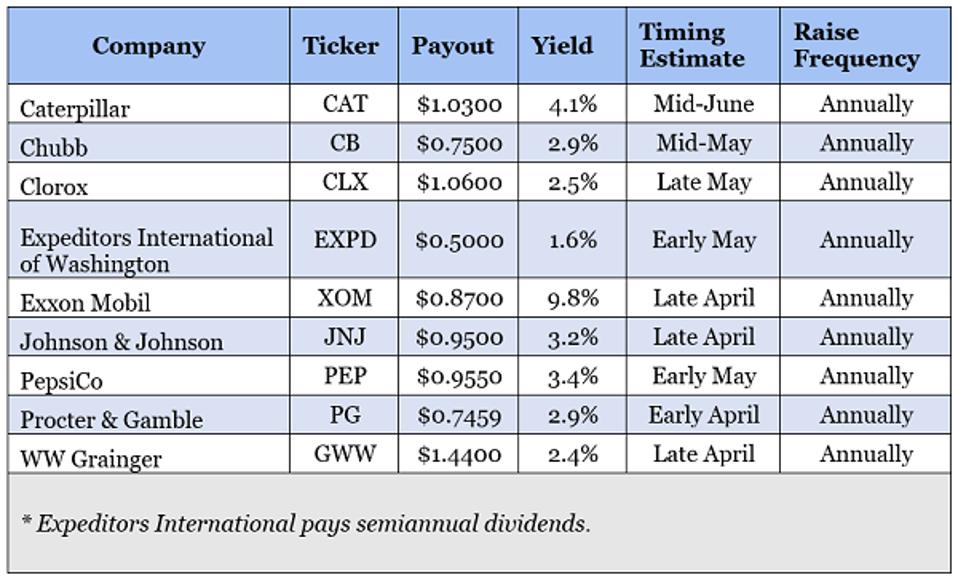 Dividend Spotlight: If Exxon Mobil (XOM) follows other big-name stocks, such as Chevron (CVX), we might find out about its dividend’s fate before its anticipated announcement sometime in late April.

Exxon has been gutted by a one-two punch that nobody saw coming. First, the coronavirus outbreak gashed oil prices in the first couple months of the year, then Saudi Arabia pulled the rug out from under the energy market by discounting its oil sales after OPEC and Russia refused to play ball.

Exxon Mobil is indeed a Dividend Aristocrat, at 37 consecutive years of payout hikes. But XOM was already stretching to pay its dividend before disaster struck, and with oil below $25 per barrel, it and a lot of other energy companies are taking a long, hard look at their cash situations.

Indeed, Exxon recently announced that it is “looking to significantly reduce spending as a result of market conditions caused by the COVID-19 pandemic and commodity price decreases.” Unlike Chevron, which spared its dividend by cutting buybacks and capex, Exxon hasn’t repurchased shares in years, limiting its options.

Naturally, income investors will be waiting to hear about the future of this longstanding dividend.

And something has to give.

MLPs typically extremely high yielders, but cratering energy prices have tanked their share-like “units” and have driven some of these yields to astronomical levels. Many of these companies increase their distributions on a quarterly basis, so we’ll very quickly find out who can hang when the going gets tough.

Dividend Spotlight: MPLX (MPLX) hardly stands alone, as several MLPs have been knocked into double-digit yields. In fact, I’m going to be checking out the investor relations pages of all these pipeline partnerships on a daily basis just to see whether these distributions can possibly survive.

That’s because MLPs are already started hacking away. DCP Midstream (MCP) and Targa Resources (TRGP) are among the first casualties of the energy dividend drain, and more could be on the way.

Interestingly, for a while, it seemed like MPLX could go the way of many other pipeline operators and be subsumed by its general partner, in this case Marathon Petroleum (MPC). But just about a week ago, the company concluded a strategic review of the business, and the special committee in charge of the review says they “believe in MPLX’s strategic focus on free cash flow generation, and distributions from our continued ownership of MPLX will remain an important, through-cycle source of cash for MPC.”

MPLX will announce its quarterly financial results on April 30. That will tell us a lot about the status of MPLX’s long-growing distribution—if it doesn’t announce something sooner.

Real estate investment trusts (REITs) haven’t weathered the downturn well at all, with the Real Estate Select Sector SPDR Fund (XLRE) posting a -32% total return in the bear market, putting it in the bottom half of all sectors.

But REITs, collectively, landlord a diverse span of the economy. Some tenants are already suffering, while others are going to be just fine. Expect the next set of reports to separate the “haves” from the “all I have is IOUs”…

Dividend Spotlight: Extra Space Storage (EXR), one of several self-storage stocks, is at a fascinating crossroads. Its dividend growth has slowed down considerably over the past couple of years. But it’s not a bad defensive play, as it relies on storing existing stuff rather than buying new stuff.

Even a dividend increase on par with its sub-5% improvement last year would be a small vote of confidence. And something a little more robust would tell investors that it’s game on in this what so far has been a 27% dip in the bear market.

Now, let me show you a laundry list of interesting stocks that hopefully, but not certainly, will announce their plans to dole out a little bit more to investors. 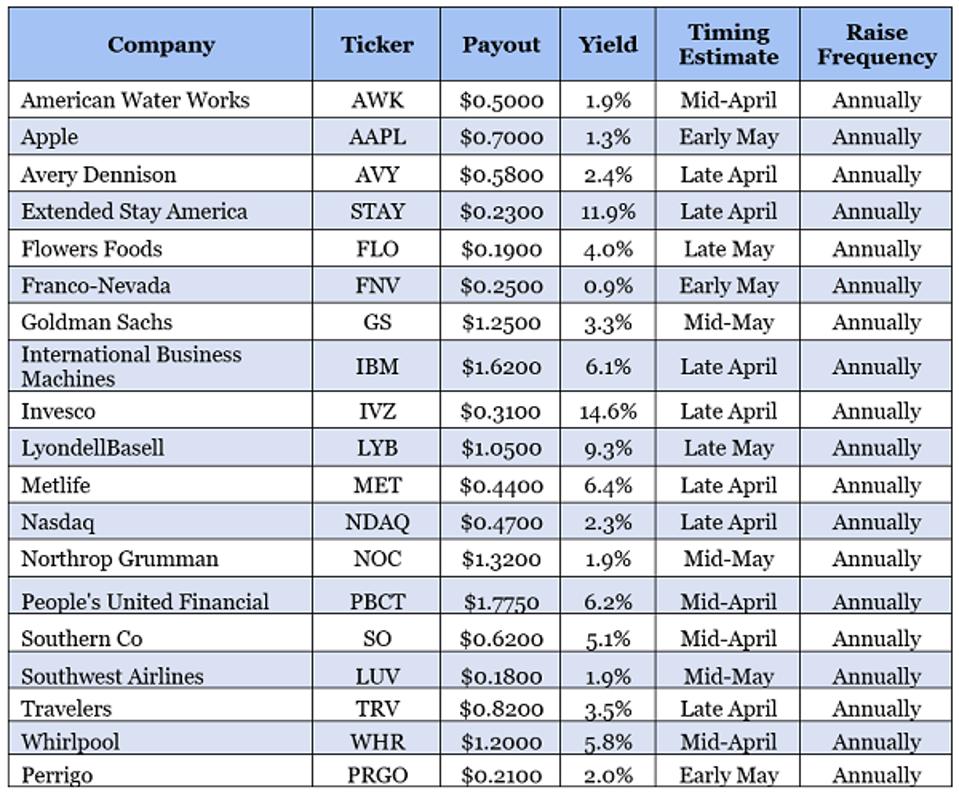 Dividend Spotlight: International Business Machines (IBM) should be an absolute bellwether stock for dividend raises. It needs one more hike to achieve Dividend Aristocracy. It has a good dividend payout ratio of around 61%, but surely that number will grow if IBM ratchets down its earnings expectations because of the coronavirus’ hit to the global economy.

I fully expect IBM to at least offer up a token increase to reach the 25-year mark, but if it doesn’t—all bets are off for a laundry list of other serial raisers.

Special mention goes to Southwest Airlines (LUV), which Bank of America says is “best-positioned” to weather this downturn. Be that as it may, Southwest signed an industry-wide letter promising that if they get bailed out, they won’t pay dividends anymore. That makes Southwest one of the most interesting stocks to watch for any sort of dividend announcement over the next month or two, though it’s very possible that announcement will be to mark the death of its payout.

Can You Have Your Cake, And Eat It Too? The Cheesecake Factory Doesn’t Think So.

Federal Prosecutors Across The Country Oppose Many Common...

Should Your Company Play Offense Or Defense During...