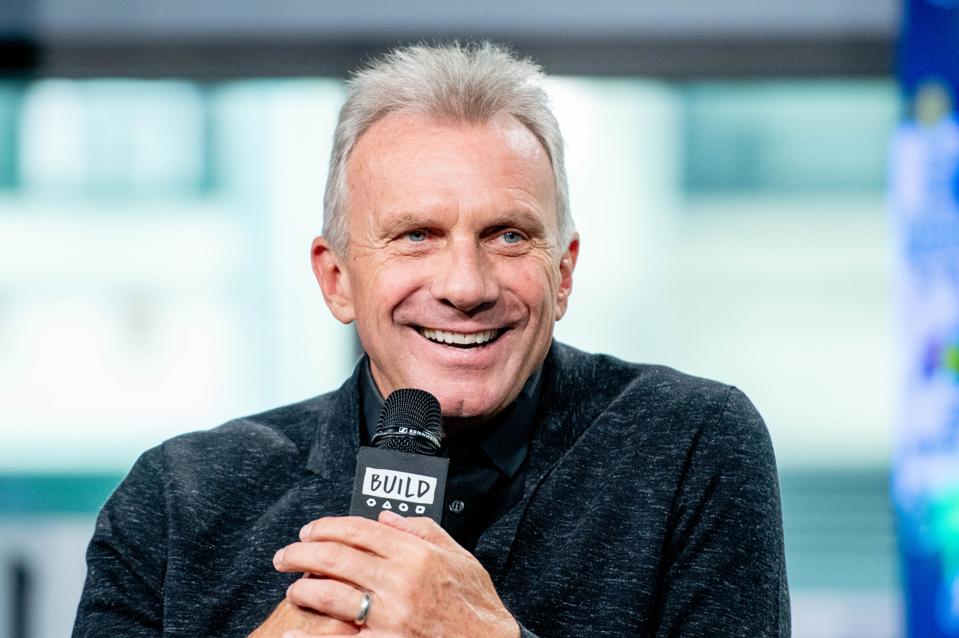 Joe Montana has played for both of the participants in Super Bowl LIV. (Photo by Roy Rochlin/Getty … [+] Images)

Quarterback Joe Montana played 13 years for the San Francisco 49ers before getting traded to the Kansas City Chiefs.

So who is he rooting for in Super Bowl LIV?

“The team that wears red,” Montana said with a smile.

A reporter asked him about that moniker.

“I think it’s kind of interesting,” Montana said before chuckling and deflecting the attention. “I think it’s just going to be a good game.”

In April of 1993, the 49ers, who had future Hall of Famer Steve Young waiting in the wings, traded Montana, safety David Whitmore and a 1994 third-round back for the Chiefs’ first-round pick in 1993, which turned out to be Dana Stubblefield.

Many consider Montana, who won four Super Bowls, two MVPs and three Super Bowl MVPs, the best quarterback to ever play in the NFL. He was also the last Chiefs quarterback to win a home playoff game — prior to Patrick Mahomes.

Mahomes, the 2018 NFL MVP, is arguably the best current player in the game regardless of position. His counterpart, 49ers quarterback Jimmy Garoppolo, had a solid year for San Francisco, completing 69.1 percent of his passes for 3,978 yards, 27 touchdowns and 13 interceptions. But he has come under some criticism after completing just 17 passes for 208 yards in the postseason.

Montana has not met Garoppolo but defended the 49ers starter.

“Jimmy’s been doing exactly what they’re asking him to do,” Montana said. “If he has to throw it six times and win, he’s done that, and they’ve been happy at it. You can’t ask for any more.”

In Feburary of 2018, the 49ers signed Garoppolo to a five-year, $137.5 million contract, including a $7 million signing bonus, $74 million guaranteed and an average annual salary of $27.5 million.

That total dollar amount of $137 million ranks third in the NFL behind Matt Ryan and Russell Wilson.

Mahomes is in the third year of his four-year, $16.4 million contract, but most expect him to sign a contract this offseason that averages more than $40 million a year and totals more than $200 million to overtake Ryan, Wilson and Garoppolo.

Of course, Montana also has enjoyed a plethora of endorsements over his career with companies like Hanes, SEGA and Hugo Boss.

He made an appearance at Radio Row on Friday in Miami for Tide. The detergent had a Montana-inspired Super Bowl commercial in 2013 — the last time the 49ers made the Super Bowl.

For this year’s Super Bowl, his clothes will be clean, and he won’t be wearing 49ers or Chiefs garb. Instead he’ll be wearing neutral colors while joining fellow legendary quarterbacks Brett Favre and Drew Brees on a streaming FOX simulcast.

As a Super Bowl veteran, Montana said that the big game under the lights often unfolds completely differently than expected.

“We’re looking at a great offensive team playing a great defense,” he said. “Probably what’ll happen is everyone’s looking at both sides of the ball, and probably the game will end up being decided by the other defense and offense.”

China Then And Now: Why Coronavirus Is A Bigger Threat To The Global Economy Than Previous Outbreaks

If You’re An NFL Fan, You Should Love Stock Charting

How To Sustain A Career As A Change...