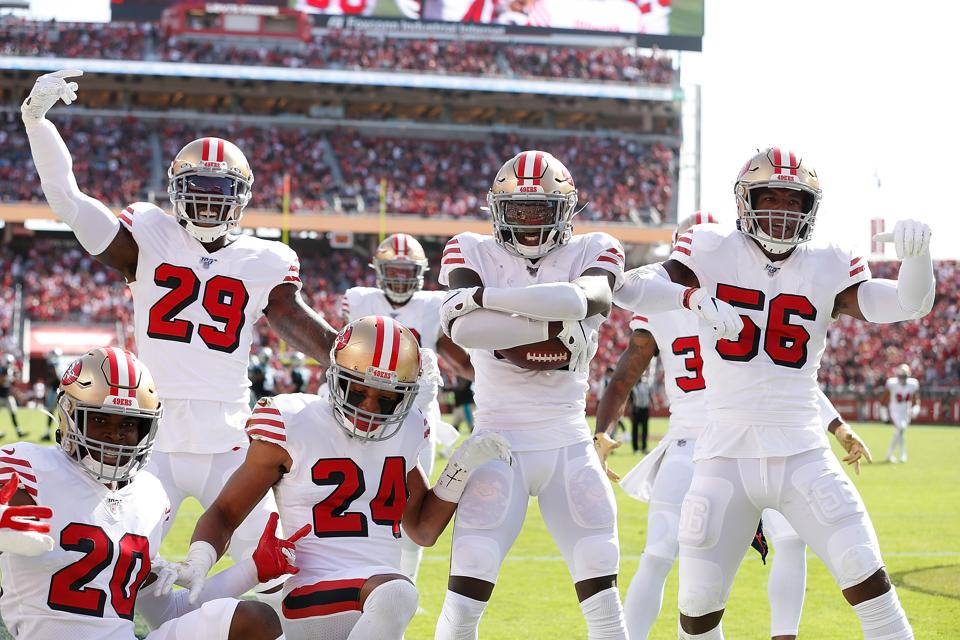 San Francisco 49ers star Kwon Alexander has been fully cleared and could return for the NFC … [+] Divisional Playoffs against the Vikings on Saturday. (Photo by Lachlan Cunningham/Getty Images)

The top seed San Francisco 49ers got some pretty awesome news as they prepare for Saturday’s NFC Divisional Playoff game against the Minnesota Vikings at Levi’s Stadium.

Out since suffering a torn pectoral muscle back in Week 9, Pro Bowl linebacker Kwon Alexander has been fully cleared and should play this coming weekend, head coach Kyle Shanahan announced on Tuesday.

“I was told a long time ago maybe there was a outside chance he could play in the championship. Kwon has been trying to get back, trying to prove us wrong,” Shanahan said. “Now it’s a coaching decision.”

San Francisco just recently designated Alexander to return from injured reserve, opening up a practice window in the process. At that point, it seemed the earliest he could return would be the NFC Championship Game if San Francisco came out on top Saturday.

That’s no longer the case. And it’s absolutely huge news for the 49ers. Signed to a four-year, $54 million deal back in March, Alexander has been San Francisco’s defensive player caller when on the field this season. He’s also boisterous and has been seen as a team leader.

“He’s (Alexander) is probably the MVP of our team. He’s the energy, all the time,” Likely NFL Defensive Rookie of the Year Nick Bosa said last week. “It’s kind of hard for 16 games, every single day, to bring the passion and have fun with it. If he’s there, we have no choice but to have fun.”

With fellow big-time off-season acquisition Dee Ford set to join Bosa and potentially Alexander on the field Saturday, San Francisco’s defense promises to be a force.

This unit was absolutely dominant in the limited action the three were on the field together during the regular season. 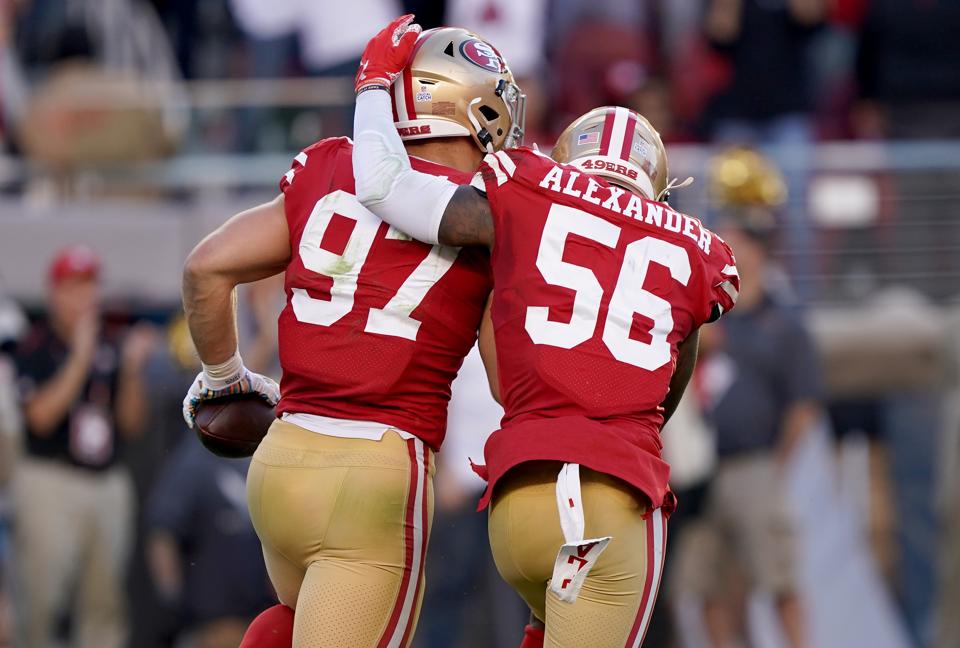 These two have been dynamic when on the field together. (Photo by Thearon W. Henderson/Getty Images)

“Their three big additions this offseason were Kwon Alexander, Nick Bosa and Dee Ford, and the three players combined for just 108 defensive snaps together before Alexander went down with a torn pec. Opposing quarterbacks posted a QBR of 3.0 when those three players on the field together. That’s not a typo — 3 out of 100,” ESPN’s Bill Barnwell noted.

Despite his team’s upset win over the Saints last week, Vikings quarterback Kirk Cousins has struggled against winning squads this season. In fact, the team is 2-4 against said teams.

With San Francisco’s base starting defense likely all set to be on the field Saturday, it’s going to present even more problems for Cousins. That’s magnified by the return of stud safety Jaquiski Tartt from injury.

But make no mistake about it, Alexander’s presence on the field will be a boon from both an energy and a schematic standpoint.

His ability to come back from such a serious injury could help propel San Francisco to both an NFC Championship Game appearance and what would be a shocking trip to the Super Bowl in Miami come February.

It’s now up to Shanahan to make that final determination.

High Times Gets Another New CEO, May Pivot From Cannabis Media To Distribution

Impact Partners BrandVoice: How To Help Lower Your...