Breaking
Can Money Protect You From Covid-19? It May...
The Most Important Voice In Artificial Intelligence: Frontline...
Amazon’s Small Business Empowerment Team Is Helping Entrepreneurs...
10 Ways For Entrepreneurs To Power Through Tough...
Will The Cloud Take Down The Mainframe?
How Itamar Medical Stock Could Triple
How To Cash In On Biden’s Stimulus With...
The Refactoring X-Factor Behind Software Modernization
3 Habits Of Millionaires
Will The Stock Market Sell Off As Biden...
Microsoft Reverses Xbox Live Gold Price Increase Following...
Weekend Favs January 23
FDA Approves First Monthly Injections To Treat HIV
Low Volatility Investing Works In China Too
How 2020 Introduced Big Technology Startup Opportunities
Apple Loop: Stunning iPhone 13 Decision, Shock New...
Home Finance 5 Bubble Signs That Should Make You Cautious
Finance

5 Bubble Signs That Should Make You Cautious 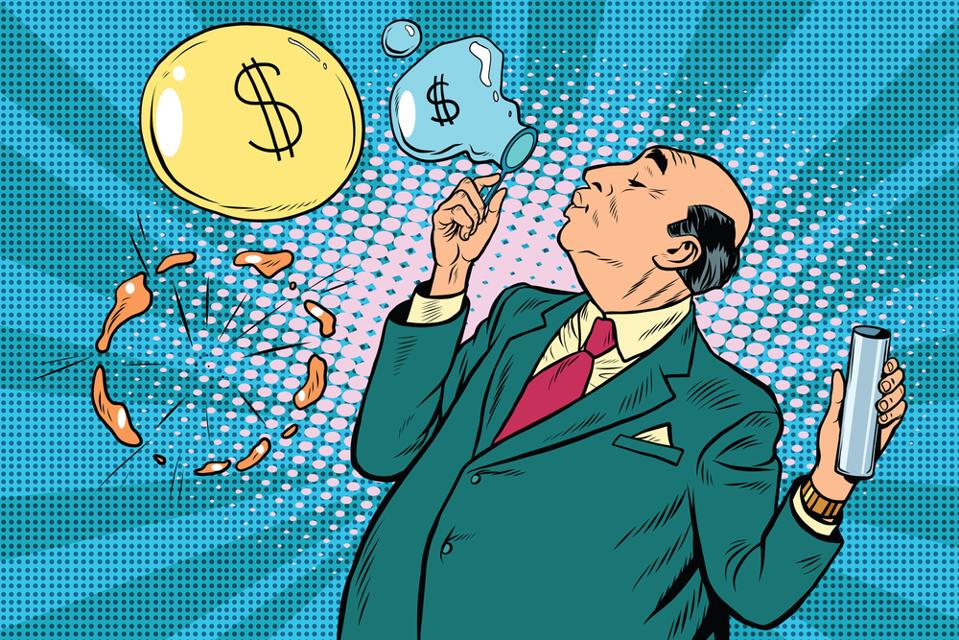 What are the signs that there might be a bubble in the stock market? In investing, patterns repeat. We have seen these signs before during past bubbles, and now they are all present again.

1.  Securities are purchased based on belief rather than thorough analysis

You might be asking yourself: “Gee, how much thorough analysis does the typical investor actually do in normal times?” Fair question. However, there is a difference between skimping on analysis and not considering it important enough to even bother.

This sign refers to which part of the brain investors are using to make decisions: the part they use to figure out which refrigerator offers the best value for the money, or the one that makes some of their heads turn when a really attractive sports car drives by.

2.  A narrow group of companies or business models is perceived to be so valuable that any company that is seen as belonging to this group is valued at extraordinary levels

Some of them might warrant that price tag and more. Ohers will probably disappoint. That’s not the point. The point is that mere membership in this “club” confers a status that quickly translates into a substantial valuation premium.

Incidentally, you don’t need to be an actual software company or be offering a related service to claim membership. You probably have heard of a mundane real-estate company that recently tried and failed to go public, temporarily achieving astronomical valuation, which tried to pitch itself as a real-estate platform comparable to Amazon’s AWS business. That might have been a bridge too far, even for the current market environment.

If you want to check out how it happened the last time around, just over 20 years ago, search for a paper titled “A Rose . com By Any Other Name.” As for how it ended, most of you won’t need to do any online searches as this event is still imprinted in investors’ collective psyche.

The human brain is very susceptible to behavioral biases. One of them is a preference for stories over hard facts. They capture a different part of our brain, and turn off the cold, analytical machinery of the mind that might warn us that something is amiss.

Incidentally, many of the current market darlings don’t have amazing financials to lean on. What they do have is stories, and perhaps some period of revenue growth which is yet to translate into substantial profits. So which do you think will help them promote their stock: the stories or the numbers?

CEOs who can’t point to years of substantial Cash Flow or sustainably high Returns on Invested Capital (ROIC), usually prefer not to talk about current results too much. Instead, they would rather you focus on tomorrow. Or more perhaps on 5 or 10 years out.

They are eager to tell you about the castles they will build and the industries they will conquer. Maybe they will, or maybe they won’t. The fact that they are successfully shifting investors’ attention to hopes and dreams that are far removed from the current results speaks volumes about the current stock market environment.

5.  Doubters have been wrong for a long time and are largely disregarded as people who “just don’t get it”

I started my investing career at one of the largest mutual fund firms in 2001. As I joined, a crop of grizzled value portfolio managers had just been replaced. They no longer “got it.” The “new economy” was too hard for them to wrap their inflexible minds around. They were replaced with younger growth-oriented analysts, for whom this was a promotion and a chance to prove their mettle. Suffice is to say that it didn’t work out well.

When a group of people have been warning about danger for a prolonged period of time, a certain fatigue sets it. Kind of like the story about the boy who cried wolf. Maybe there is no wolf after all? Or maybe it’s just a cuddly puppy and these crazy people are just not seeing it for what it is?

Ironically, in stock market as prices rise higher and higher without the fundamental to support that increase, the longer the warnings have been sounded and ignored, the more relevant they become. Only they do not appear so. These naysayers become largely discredited and ignored. Usually just as what they have been warning about is on the cusp of wiping out a large chunk of investors’ portfolios…

The specifics change, but the general pattern reoccurs throughout investing history. The most expensive words in investing is “this time is different.” Yet investors think and say these words every few decades. In large part, they do this because every time is different. The details change. What doesn’t change is that in the long-term, stock prices are determined by weighing the cash flow streams of the underlying companies, not by stories or by popularity of these companies for a period of time with investors.

If you are interested in learning more about the investment process at Silver Ring Value Partners, you can request an Owner’s Manual here.

If you want to watch educational videos that can help you make better investing decisions using the principles of value investing and behavioral finance, check out my YouTube channel where I regularly post new content.