Breaking
Best Incentive To Get Vaccinated: Money, Messaging, Or...
Page Level Query Analysis at Scale with Google...
How A CIO Can Align IT With Business...
Blogger of the Month: Jo, Girl Eats World
6 Things Women In Business Know That Men...
How to Use First-Party Data for Ad Personalization
Pressing Reset—Putting A Fallen Unicorn Back On Its...
How We Went Viral: Promoting Content with Influencers,...
Blame Olympic Record Price Tag For Return To...
Apple iOS 14.5 Release: Should You Upgrade?
Why Gaming Gear Company Razer Launched A $50...
Technical SEO Implementations to Increase the Impact of...
30 Brilliant Ways to Market Your Eco-Friendly Shopify...
15 Tech Industry Leaders Share Overused (And Misused)...
How to Use Amazon Posts to Promote Your...
U.S. House Passes Bill To Create First Crypto...
Home Business 5 Disappointing WWE Stars Who Will Rebound In 2020
Business

5 Disappointing WWE Stars Who Will Rebound In 2020 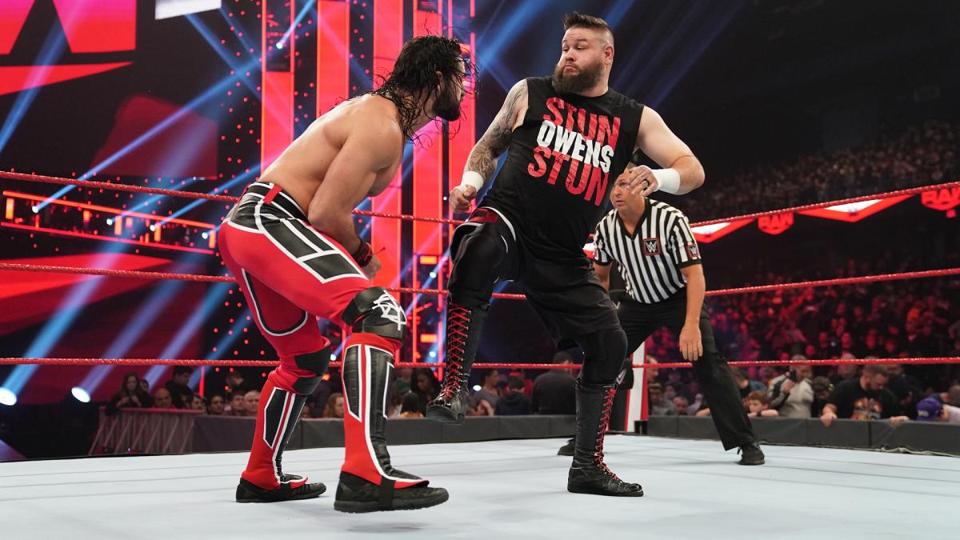 WWE dropped the ball with quite a few stars in 2019, ranging from Seth Rollins to Braun Strowman to Lacey Evans.

It’s no surprise that, as a result of its up-and-down booking, WWE experienced some well-known issues with superstar morale this year, with a number of main roster stars plotting to leave the company and that holding true for NXT stars as well. Especially with the continued use of part-time stars like Cain Velasquez and Tyson Fury, WWE’s roster has become overcrowded, which has led to a boatload of incredibly talented stars falling by the wayside. The list of stars who were used poorly in 2019 reads about a mile long and includes potential main eventers like Shinsuke Nakamura, Chad Gable and Drew McIntyre.

Because so many potentially great WWE stars have had down years in 2019, though, that may very well make 2020 the year of the comeback. As WWE approaches the New Year, it’s become clear that some stars who were overlooked and underutilized for most of this year are now getting another chance to rise back up the card to a spot where they should have been all along. Will they sink or swim?

Let’s take a look at five stars who had a disappointing 2019 but are poised for big things in 2020. 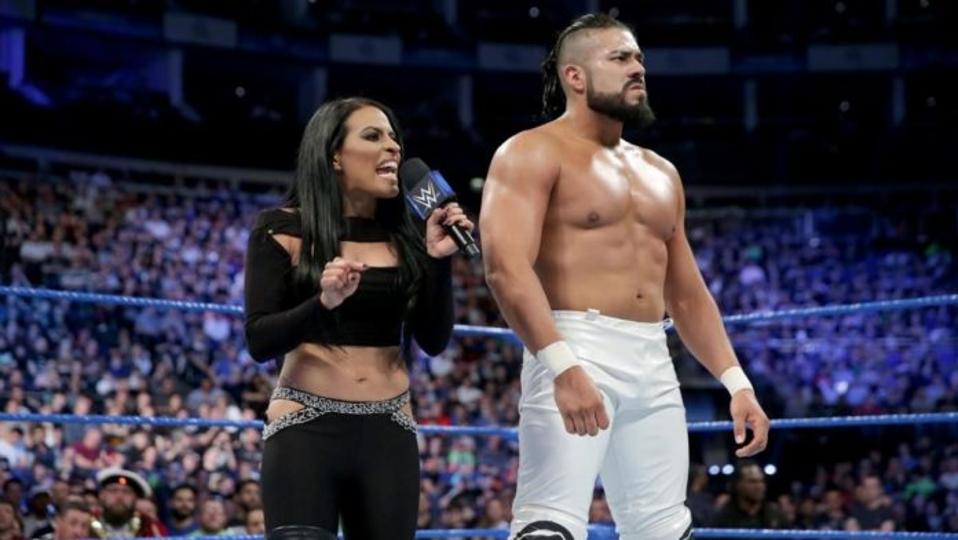 Andrade had an up and down 2019 highlighted by plenty of swings and misses.

Throughout 2019, there were all sorts of reports indicating that Andrade was in line for a massive push, but every big moment for Andrade seemed to be sandwiched between major disappointments.

Though the former “Cien” Almas began the year strong by making it to the final four of the 2019 Royal Rumble, he hasn’t done much of note since then, being relegated to the Andre the Giant Memorial Battle Royal at WrestleMania, feuding with Finn Balor and having a series of stellar TV matches with Rey Mysterio. While Andrade has one of the best and most entertaining heel acts in all of WWE alongside Zelina Vega, his “push” has been so inconsistent that you’d swear WWE has no idea how it really feels about him even though he’s clearly one of the top in-ring performers in the company.

Andrade is a star who was viewed so highly by FOX officials that the network reportedly wanted him to be on SmackDown in order for WWE to build him up as its next great Latino star while “Stone Cold” Steve Austin has praised him as a future main eventer. Yet, 2019 has been a total mixed bag for the former NXT Champion. The good news, though, is that things finally appear to be moving in the right direction for Andrade. He’s been one of the most heavily featured heels on Raw, has adopted a more aggressive in-ring style and seems to be climbing up the ladder on Raw’s heel side, which doesn’t have a clear No. 2 villain behind Seth Rollins.

There is plenty of room for advancement on the red brand, and with Andrade having the skills and time on his size (he’s still only 30 years old), his recent increased role on Raw is an encouraging sign that his strong 2019 Royal Rumble performance was more indicative of what WWE really thinks of him. In fact, WWE is reportedly featuring Andrade in not one two but two big feuds on Raw in order to try to get him even more over, which is a great sign for his future. 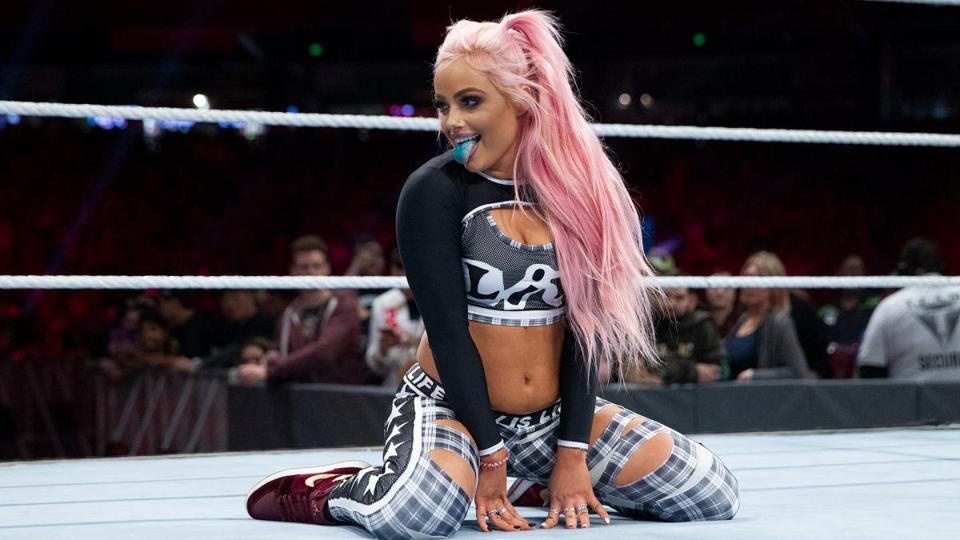 Liv Morgan is in the midst of a drastic character reboot.

Liv Morgan is just 25 years old and has already developed a cult following of sorts because she’s been so overlooked—two factors that you would think would have resulted in her getting a sizable push in 2019.

But after WWE split her away from The Riott Squad and sent her to SmackDown in the Superstar Shakeup back in April 2019, Morgan largely disappeared from TV until Kevin Owens name-dropped her as one of WWE’s most overlooked stars on a July episode of SmackDown, which is really what helped her become one of the cult favorites of diehard wrestling fans. Aside from a brief TV return to battle Charlotte Flair, Morgan’s run on SmackDown was essentially nonexistent, and since moving to Raw in the draft in October 2019, she has yet to appear live on TV at all.

Howver, Morgan has long been rumored for a major push, and WWE seemingly started that push earlier this month when it began airing a series of vignettes promoting a “makeover” for the former Riott Squad member. While it isn’t clear just yet exactly what her character will entail, it is quite apparent that WWE is putting a renewed focus on pushing the talented young star, who has all the makings of a potential force to be reckoned with in the women’s division.

It’s no secret that Raw’s women’s division badly needs some new stars to build around, and with fans making it clear that Morgan is someone they want to see be pushed, she’s in line for a breakout 2020. 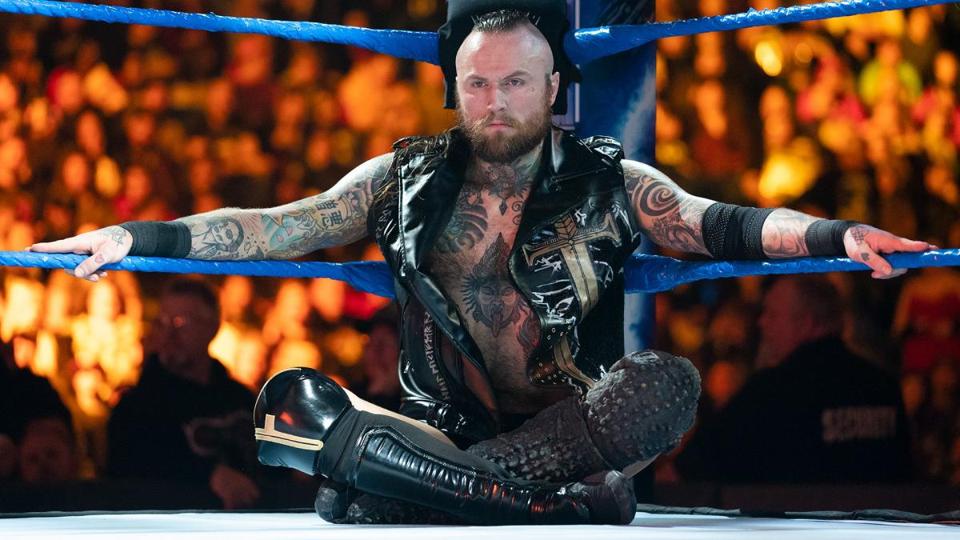 The tide appears to be turning for former NXT Champion Aleister Black.

Aleister Black’s main roster run has been pretty forgettable, which is disappointing given that he is one of WWE’s best in-ring performers and most unique characters.

His 2019 went a little something like this: A short-lived tag team with Ricochet, flip-flopping back and forth between Raw and SmackDown, a brief feud with Cesaro, looking for a fight for what seemed like half a year, and finally getting a real feud when he faced Buddy Murphy in a stellar match at TLC. Despite the start-and-stop pushes of Black throughout the year, he reportedly has a lot of supporters backstage, including Raw Executive Director Paul Heyman, who is said to be a big fan of Black and has even worked with him hands on to develop his character.

Maybe that’s why Black’s 2019, though quite disappointing, wasn’t really a matter of WWE “burying” him. In fact, Black has yet to lose a singles match on the main roster, which goes to show you how highly WWE views him as a star with a unique aura. Black truly has the potential to be WWE’s next breakout babyface on a Raw brand that doesn’t have someone who has clearly cemented himself as the show’s top fan favorite or as the future No. 1 star on the red brand.

With Black being protected even though he hasn’t been much of a priority, there is reason to believe that—of all the new babyfaces on Raw—he has the best chance of becoming a consistent upper midcarder and main eventer. In fact, Black has even been linked to a potential WWE title match against Brock Lesnar at WrestleMania 36, which would also make him a dark horse to pick up a shocking Royal Rumble win. 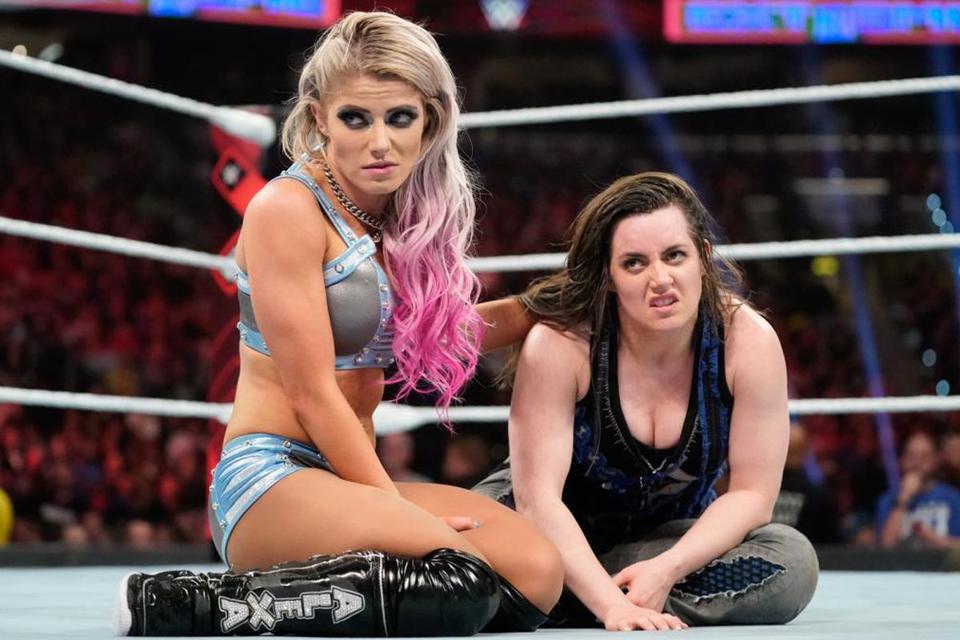 Injuries derailed Alexa Bliss for much of 2019.

Alexa Bliss had an underwhelming 2019 through no fault of her own as “The Goddess” herself admitted that suffering multiple concussions resulted in her questioning her future in WWE and left her out of the storyline loop for a significant stretch.

She missed several months of in-ring action at the beginning of 2019, was put in a non-wrestling role and then returned to the ring the night after WrestleMania 35, reigniting a feud with Bayley before surprisingly joining forces with Nikki Cross and ultimately turning babyface. A lackluster women’s tag team title reign alongside Cross was the lone supposed highlight of the year for Bliss, who recently took to Twitter to express her frustration about her lack of promo time on TV over the past several months.

Bliss’s main strength, of course, is her promo skills, so it’s been somewhat baffling to see the way she’s been underused in that regard, especially since teaming with Cross and transitioning to a babyface role. Based purely on crowd reaction, Bliss remains one of WWE’s most popular stars and will likely always have a significant presence in the women’s division as, outside of some of the Four Horsewomen, she’s been pushed stronger than any of WWE’s female other stars over the past several years. With Bliss’s concussion issues appearing to be behind her and SmackDown sorely lacking in terms of top female stars, Bliss—who almost always has a prominent role when she’s around—is one star who’s always on the verge of a major push.

If she can continue to make strides as an in-ring performer, Bliss should reclaim her spot atop SmackDown’s women’s division. 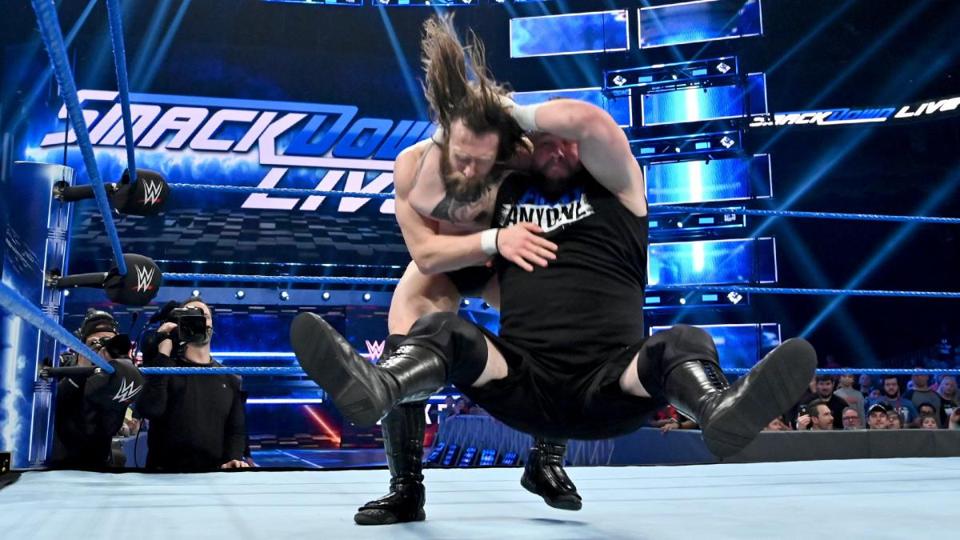 Kevin Owens won’t be left off the WrestleMania card this year.

After undergoing double knee surgery in late 2018, Kevin Owens returned to WWE in early 2019 and performed as a babyface for the first time on the main roster.

Though he was instantly thrust into the WWE title picture, he never won the title, and he was completely left off the WrestleMania 35 card in one of the most shocking booking moves of the year. His short-lived babyface run ended when he turned heel to feud with Kofi Kingston because the WWE Champion needed a villain to feud with when Daniel Bryan got injured. Owens went on to lose that feud, which made his short babyface stint even more of a head-scratching decision, especially given that he appeared to be making waves in that role. Owens began transitioning back to a babyface role during the summer when feuding with Shane McMahon and quickly became one of WWE’s most beloved fan favorites but has yet to really get that mega-push you might expect.

In terms of the booking of his character, Owens’ 2019 was a series of questionable decisions highlighted by too many face and heel turns, a drawn out feud with McMahon and a disappearing act on the road to WrestleMania 35. But in terms of getting over? One could argue that the main reason that WWE felt comfortable enough to turn the once beloved Seth Rollins heel is because Owens became so popular that he could take over Rollins’ spot as the top fan favorite on Raw. That hasn’t happened yet as Randy Orton and Rey Mysterio continue to get a major push, but it hasn’t gone unnoticed that Owens is generating incredible crowd reactions that may ultimately force WWE’s hand.

Based upon how the crowd is responding to him lately, Owens is the guy on Raw, the sentimental favorite to dethrone Brock Lesnar and the man who should be pushed as Raw’s top babyface in 2020.

Ten Years Of Fintech Megatrends For The Next Decade