5 Key Themes That Will Dominate Headlines At CES 2020 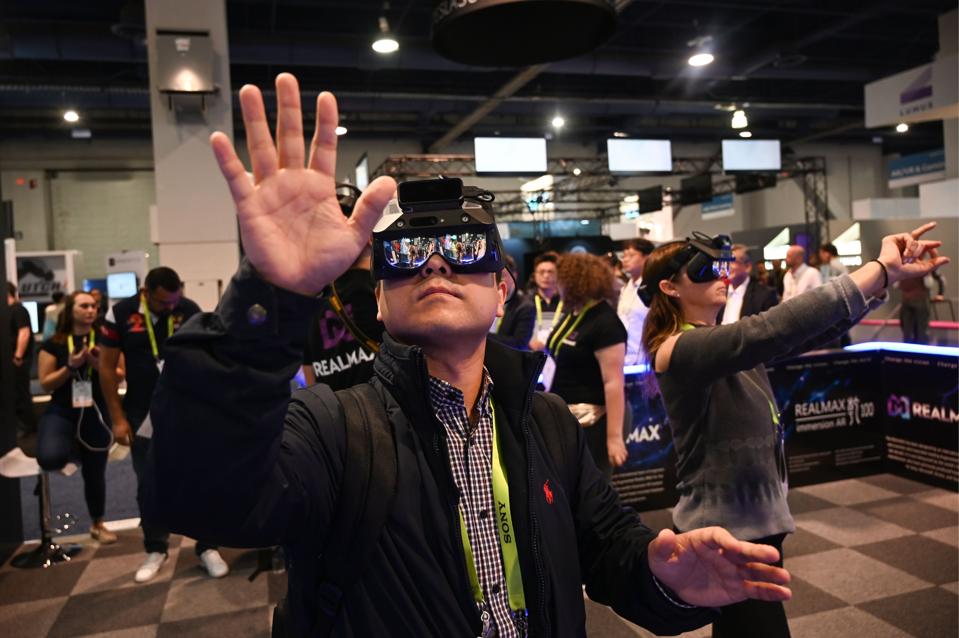 As 2019’s final days wind down, the New Year is upon us and with a new year comes another edition of CES, which comes almost straight out of the holiday and rarely disappoints as the launching pad of another year ahead in tech. Last year, I predicted some of the top trends for CES, with one of them being “AI Inside,” which essentially came true and will continue to be a focus in 2020. But what will be the other themes of this year’s big global technology event? While there will most certainly be a few product surprises that will get a share of the headline, I believe there are five themes that will be a mainstay at this year’s event.

5G For the Mainstream: While 2020 still won’t bring consumers a 5G iPhone, that doesn’t mean that 5G won’t be a super hot topic at CES (and at Mobile World Congress in February). 2019 was a big year for 5G with Chipmakers including Qualcomm and Huawei actively announcing new platforms and with carriers around the world rolling out 5G networks including a recent T-Mobile launch in the U.S. that brought 5G to an estimated 200 Million Americans. With these networks, came new devices from a number of handset makers, most notably Samsung releasing its Note 10 5G. I believe we will be seeing a whole lot of new 5G devices at CES 2020 as the technology is now becoming more mainstream across Asia, Europe and the U.S. I also expect 5G to be a sub headline for each of the other four big trends that I’m predicting for CES 2020 as faster devices, greater data volumes and powerful content plays are all enabled by 5G.

Devices, Devices, Devices: New Formats, Shapes and Sizes: 5G will find its way into plenty of new devices, but it won’t be the only thing driving device innovation. CES is a gadget show and as we see the winding down of CES as the “Big TV” show and the continued momentum of CES as one of the premier shows to launch new tech gadgets; I expect a whole lot of handheld devices and next generation PCs to be on display. With last year being a big year for foldable devices with Samsung Fold, Huawei and the rebirth of the Motorola Razr all being announced or hitting the market, I expect a plethora of manufacturers to draft off of the rise of foldable technology to launch new devices. I also expect to see some evolution in the way device surfaces are used. There have been teasers of a new Xiaomi device that will have near 360-degree surface, which to me seems a bit bizarre, but will certainly get its share of headlines.

This could almost be its own category, but it fits just as well into the “Device” category. Another topics I expect to be hot at CES will be the onslaught of new always-connected PCs with LTE and again 5G embedded. Qualcomm launched its new mobile compute platform(s) at its Snapdragon Summit this year and its always connected technology based on ARM is finding its way into products from Samsung, Microsoft and Lenovo to name a few. Of course, Intel is in the ACPC space to with its Project Athena platform. The company, while out of the 5G Modem business, does plan to deliver its own solution for 5G mobile compute, but like the 5G Apple phone, those wanting Intel and 5G in an ACPC are going to have to wait until 2021 when the MediaTek partnership delivers products to market.

Connected and Autonomous Vehicles: The floor of CES can look and feel a bit like the Detroit Auto Show as the next wave of vehicle technology has been a hot CES topic for more than a decade and this has been turbo charged as autonomous and electric cars have gained massive momentum and we cruise toward level 4 autonomous vehicles becoming mainstream (so many car puns).

The vehicles themselves will be on display, and no doubt there will be some cool concept vehicles full of futuristic technology. However, I think the headlines be focused on new and innovative technology announcements from chipmakers and OEMs, which will power this evolution of self-driving and smart cities powered by the massive big data created by vehicles and their drivers. Over the next few years, we will quietly see vehicle data become a bigger part of a new economy that will (with 5G) power the realization of smart cities.

For example, I expect to hear more from NVIDIA, which made a splash in December at its GTC China with its new Self-Driving AV Software known as Drive AGX Orin. These types of enablers for smart and autonomous vehicles will be a hot topic at CES and I believe this will lead to some announcements of design wins by chipmakers, OEMs and vehicle makers. Having said that, I expect CES to focus more on the technology and next month at Mobile World Congress we will hear about a plethora of design wins to follow from not just NVIDIA, but Intel and Qualcomm as well as a few smaller players.

Headset Reboot for AR and VR: CES has long been a popular place to introduce headset technologies as the promise of AR, VR and MR have continued to be a hot talking point despite only a few of the most exciting applications of the technology gaining momentum. For consumers, VR gaming has been hot with Oculus leading the charge, but AR for the consumer and for the broad enterprise has been a bit slower to take off with more Magic Leap and Google Glass type false starts than proven market winners. Last year at MWC Microsoft launched the HoloLens2, Which I thought showed some serious potential for enterprise use cases, however, what I’m thinking we will see more of at this year’s CES will be concept lightweight wearable AR devices that can draft off of our mobile devices and of course the potential of 5G and new chip architectures like Qualcomm’s newly launched XR2 platform.

With these vastly improved dedicated architectures coupled with the speeds of mmWave 5G, a wireless tether from a phone in our pocket to a wearable on our head could be so fast that we could do gaming that only tethered headsets have been able to do with dedicated connectivity. For VR, this could change the game and for AR, it makes usable, lighter devices much more achievable.

Streaming Wars Pushes Content Revolution: While not a gadget at all, the past year has been an endless bout of the biggest tech giants swinging their content wares at one another as Netflix saw not only Amazon, but Apple and Disney make massive entrances into the streaming content wars. As Devices may serve as the short-term cool factor at events like CES, ultimately it is what we do on those devices that will dictate their success.

Over the next year, the packaging of devices and streaming may start to feel a little bit like the packaging of windows on the PC. Apple flashed this craze with its inclusion of Apple TV Plus with the iPhone 11. Verizon has offered Disney+ free to new subscribers and T-Mobile has done this for its customers with Netflix. Of course nothing is really free, and in the end it is all about dominating the growth curve for subscriptions and recurring revenues as device makers and carriers look to reinvent their business and improve their margins. While I think the launch of now 4 massive content services may act as quite a barrier to new entrants, a big craze over the next year will be the power of next generation networks, new device formats and content as a powerful force to sell consumers on the next wave of devices, screens, computers, headsets and yes… Automobiles.

Another big year of tech innovation ahead and I expect the show to pack a punch. Now its time to wait for the news and the headlines…

The Untold Side Of Remote Working: Isolation And Lack Of Career Progression

No, You Should Not Try To Catch The...

How To See The ‘Manhattanhenge Effect’ Every Evening...