Breaking
Six Ways Tax Rates Go Up For Retirees
How ‘Mario Kart Live: Home Circuit’ Straddles The...
6 Tools To Bring Your Virtual Conferences To...
COVID-19 And The Future Of Aging: Prospects For...
Harman’s New Citation MutiBeam 700 Is A Feature-Packed...
A Startup Raises $11 Million Using Zoom, A...
Is Your Business Stagnant? It Might Be Time...
IRS Releases Draft 1040 Instructions Adding Clarity To...
Pandemic-Inspired Sales Of Telescopes Are Surging. Here’s The...
Lee Kun-Hee, Legendary Head Of Samsung And Korea’s...
Has Facebook Finally Broken WhatsApp—Radical New Update Now...
Has Facebook Suddenly Broken WhatsApp?
How to Work With a Consultant: The Ultimate...
Nuance CEO Mark Benjamin: The Trials And Triumphs...
PS5 And Xbox Series X-Friendly AV Receivers Reportedly...
‘Double-Digit’ Growth Could Boost Edwards Lifesciences Stock
Home Business 5 Lessons On Resilience From The Legacy Of NASA Pioneer Katherine Johnson
Business 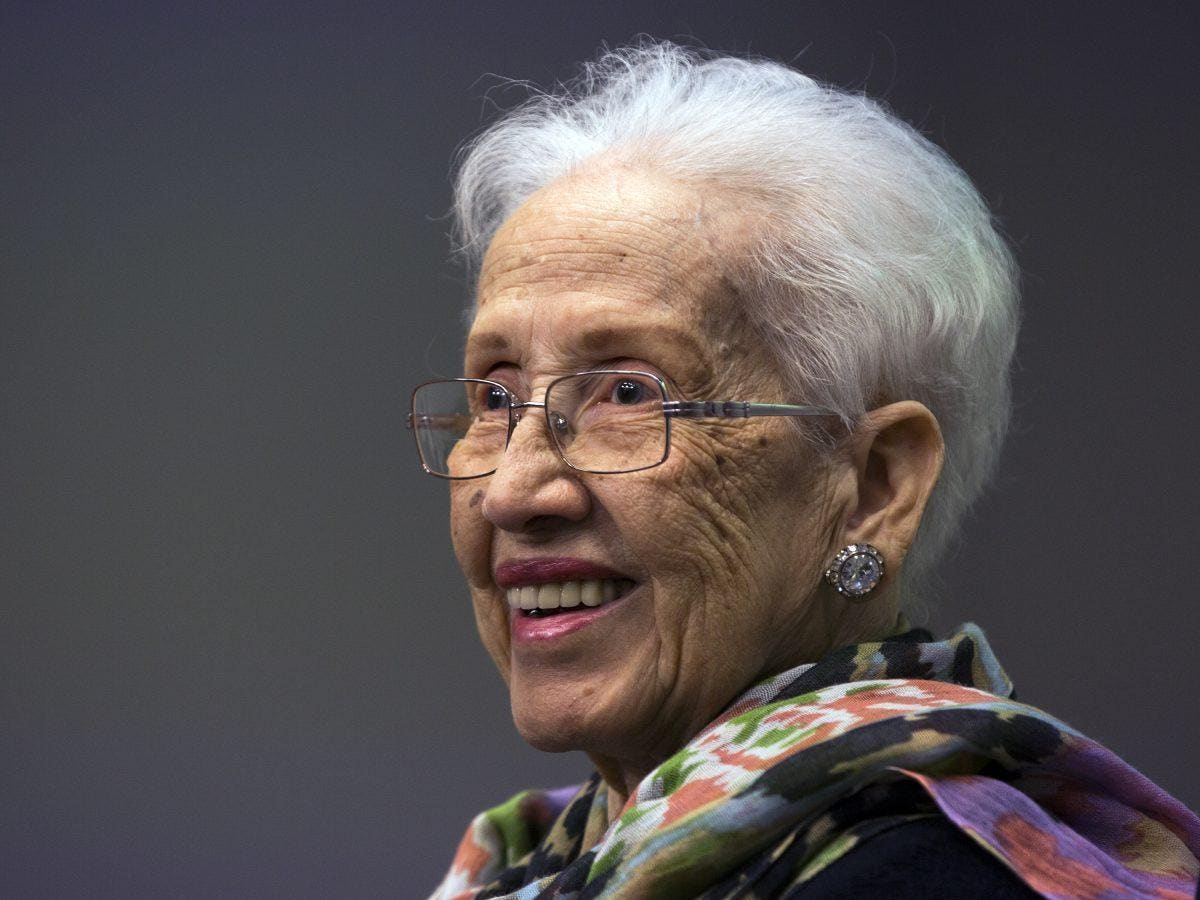 Yesterday marked one month since the passing of former NASA aerospace pioneer Katherine Johnson. She lived a full life and died at the age of 101 on February 24th, 2020. Mrs. Johnson was best known for being the mathematician whose computations led to the success of the first crewed space mission that landed on the moon. She was also one of the main inspirations behind the book and film Hidden Figures.

Born in West Virginia in 1918, Johnson grew up during a time when being black and a woman limited her career opportunities. However, she was gifted in mathematics, and the discovery of her gift changed the course of her life. Johnson was able to go to a school where she excelled. After graduating from college, she became a teacher then went on to break barriers by working in the male-dominated aerospace industry.

Research mathematician Katherine Johnson at her desk at NASA Langley Research Center with a globe,… [+] or “Celestial Training Device,” in 1962. (NASA)

She became known as the “human computer.” As a result of her trajectories, she played a crucial role in several missions conducted by NASA and she also made major contributions to aerospace research. At the age of 97, former President Barack Obama awarded her with the Presidential Medal of Freedom – America’s highest civilian honor.

Barack Obama presents the presidential medal of freedom to Katherine Johnson in Washington on 24… [+] November 2015.

As women continue to strive to use their gifts and talents to impact in the world, there are times when motivation and courage are needed to keep going. Undoubtedly, Johnson encountered obstacles with racism and sexism in her career, but she persevered. What does it take to persevere in challenging times or when you can’t see a clear path in front of you? Resilience.

Here are 5 ways that she used resilience to create her legacy:

She became what she couldn’t see.

Johnson shared in an interview with public station WHOR that her dad only had a 6th-grade education, but he was good with numbers. When it was discovered that young Katherine was good in math, she didn’t have an idea of what she could do with it as a career.  As she encountered different people who saw her gift, like her college math teacher, she became enlightened and later decided that she wanted to work in aerospace. She didn’t know what it meant to be a research mathematician but in time, that is what she pursued.

She was confident in her abilities.

Johnson was a teacher, mathematician, and researcher. She was a genius who didn’t hide her gift and educators took notice. In school, she was able to skip multiple grades which led to her graduating from high school at the age of 14 and then college at age 18. When she found solutions for problems, she shared them which ultimately led to her being respected and trusted for her mathematical abilities.

She didn’t let her race or gender hold her back from opportunities.

When she initially applied to the National Advisory Committee for Aeronautics’ (NACA) Langley laboratory, she missed the hiring deadline for that year, but she was determined to work there. In June of 1953, she landed a job at Langley working on airplanes. She worked her way up and, as she shared in the 2011 WHOR interview, when the space program came along, she asked for permission to participate in the briefings for it. However, she was told, “the girls don’t usually go.” She then asked, “is there a law?” Since there wasn’t one, her boss let her go. From then on, she began attending briefings and eventually began working on aerospace trajectories.

She was a lifelong learner.

Johnson enjoyed solving problems and often took opportunities to learn. In several interviews, she shared that her approach to problem-solving was to learn how to attack it. Johnson also said in the WHOR interview, “If you attack the problem right, you’ll get the answer.” And added, “You lose your curiosity when you stop learning.” Her desire to keep improving, growing and learning continued to propel her forward.

Johnson was a trailblazer in STEM who inspired many people. As a result of her accomplishments, women like Jeanette Epps, and more, credit her with paving the way for them to become astronauts, mathematicians, and more. However, when asked about some of her greatest accomplishments, Johnson shared that although she enjoyed her work, she loved speaking to students especially girls. She was quoted as saying, “Girls, some of them are reluctant to ask questions… Girls are capable of everything men are capable of doing… Sometimes they have more imagination than men.” She broke barriers and encouraged the next generation to do the same.

Johnson was a STEM pioneer and family woman who lived an amazing life with many challenges. Her existence serves as a reminder of what is possible when women are confident, teachable, smart, courageous, and determined.  Her amazing legacy continues to show women that no matter the times or the obstacles that you are faced with, learn how to tackle them and keep going.

Posed in Hampton, Virginia, Katherine Johnson stands before a backdrop of gathering clouds,… [+] “symbolic of the obstacles … that she had to face in her career,” says curator William Pretzer. (Collection of the Smithsonian National Museum of African American History and Culture)

‘The Wonderful 101: Remastered’ Is Coming To The Switch, PlayStation 4 And PC This May