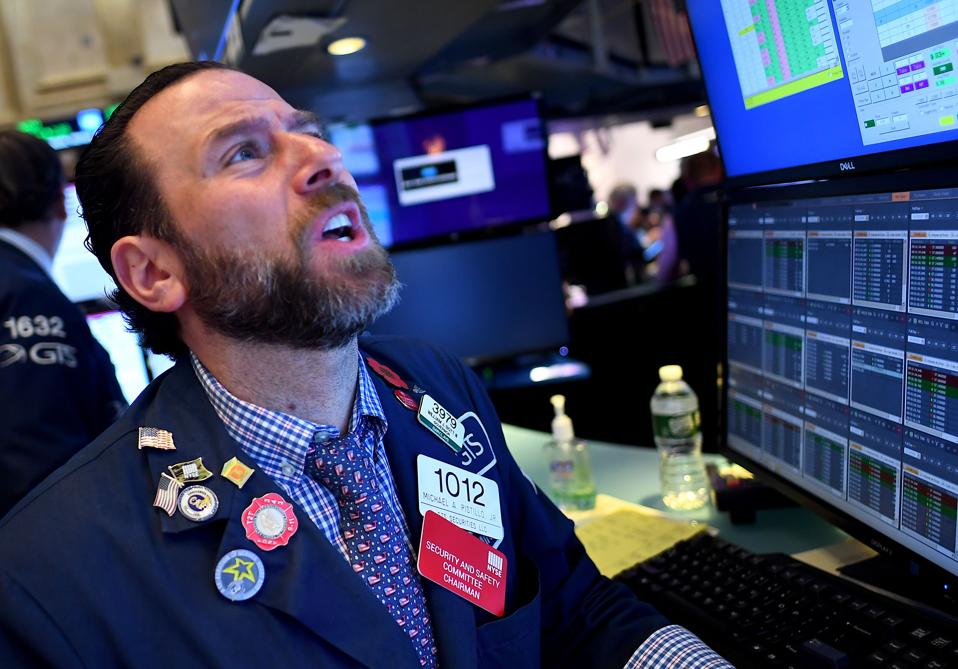 It’s been a rough week for Americans dealing with the growing coronavirus pandemic. The number of cases continued to rise while the market continued to drop, and despite Friday’s major rally, the economy still shows potential signs of a recession.

Stocks continued their wild swings Friday afternoon as the Dow soared more than 1,900 points, or 9.4% just minutes after President Trump declared the coronavirus pandemic a national emergency. The powers he invoked under the Stafford Act would release up to $50 billion in federal aid to state and local governments to help combat the pandemic.

There’s no question that markets, now officially in “bear” territory, will remain extremely volatile. According to data from Bespoke Investment Group, the average moves of the S&P 500 Index have hovered around 3% or more in either direction each day over the last two weeks. For some context, that number was about 1% for all of last year.

“I don’t think financial markets will stabilize until this virus is stabilized or a vaccine developed,” Michael Geraghty, Executive Director at Cornerstone Capital Group, said in an interview on Tuesday. “Neither of those things seem likely to happen anytime soon. So, I think we’re going to continue to have the volatility.”

Take a look at five numbers that show how we got here.

President Trump said he will bulk up low-interest loans for businesses who have taken a hit thanks to the coronavirus through the Small Business Administration. An additional $50 billion in loans were said to be effective immediately, but no further details have emerged about the plan. The stock market continued to rise and fall rapidly as investor anxiety worsened in the absence of concrete information.

Another $50 billion in funds was announced Friday afternoon when Trump declared a national emergency. This money would be available for states addressing the growing health crisis.

The Federal Reserve said on Thursday that it will ramp up its overnight funding operations—buying “repos,” or repurchase agreements—by $1.5 trillion over two days this week. The move is designed to preserve liquidity in the market; in other words, the Fed wants to prevent “freezes” and make sure buyers and sellers still have the ability to do business. It was the third time in four days the agency has intervened in the repo market.

Russia and Saudi Arabia entered a full-out price war over oil production after negotiations over supply cuts to prop up the industry fell apart. Saudi Arabia said this week that it will ramp up production to a record 12.3 million barrels per day. The United Arab Emirates followed suit, promising to boost its own capacity to 5 million barrels per day. Oil prices plummeted through the week but ended the day on Friday up about 4.5%.

Confirmed cases of the coronavirus in the United States continue to grow, with more than 1,741 infected and 41 people dead as of Friday. Many companies are implementing mandatory work from policies, and others, like Norwegian Air, are already beginning to lay off workers. Forbes is tracking layoffs here.

On Wednesday evening, President Trump announced wide-ranging restrictions on travel from Europe to the United States for the next 30 days in an attempt to slow the spread of the coronavirus. The ban will affect the 26 nations in the Schengen Area, and will exclude other European countries including Britain, Ukraine, and Turkey. The move left many travelers confused and stranded. Read more here.

Overwhelmed By Coronavirus Coverage? Here’s How It Started, And The Essential Information You Need

The Recovery Begins – The Steep Part Of...