Breaking
Can You Settle Your Student Loans Or Negotiate...
How to Use Amazon Attribution For Ad Campaigns
How To Quickly Start And Scale Your Business
Terra Virtua: What NFTs Can Teach Us About...
5 Easy Steps To Prepare Content For E-A-T...
Physical Inactivity Linked To More Severe Covid-19 Infection...
The 2021 Estimated Tax Dilemma: What Tax-Return Pros...
Want To Digitally Transform Your Business? Start With...
How to Optimize Google My Business and Leverage...
Debunking Link Building Myths in 2021
How, When And Where You Can Gaze At...
SBA Opens $16.2 Billion Shuttered Venue Operators Grants...
What are the Essential Features of a Small...
Trends In Executive Recruiting That Will Help You...
The Growing Case For Banning Pesticides Linked To...
The Reopening High – But Long-Term Issues Cloud
Home Technology 5 Refreshingly Honest Retail Predictions For 2020
Technology 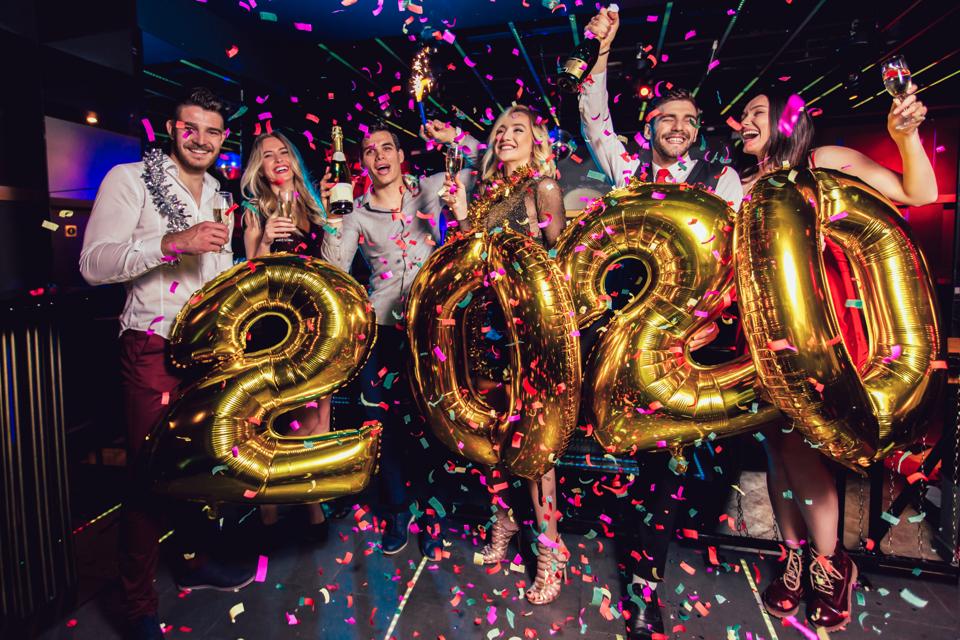 New year party celebration with friends in the club

It is time to cut right to the chase. 2019, the year retail reached its tipping point, so to speak, is coming to a close, and what lies ahead is anyone’s guess.

But, what fun is that.

The real fun is in guessing, in making predictions about the future. Anyone who is anyone puts their reputation on the line this time of year because if one hits it right (as Scott Galloway did in his Amazon/Whole Foods call), the prediction is remembered forever, and, if one hits it wrong, no one remembers the prediction in the first place.

In fact, the bar for predictions has gotten so low that Death Valley called and now wants its position 282 feet below sea level back.

What follows, therefore, tries to reach beyond the mundane. What follows is gleaned from writing and commenting on the trends in retail for Forbes nearly 100 times over the past year or so and based on looking for the patterns that have emerged and synthesizing them down in a way that is refreshing, honest, and absolutely no-holds-barred.

Interestingly Retail Dive named Jeff Gennette Executive of the Year in 2018 and then followed this up by giving the very same award to Michelle Gass in 2019.

Mark it down now but winning this award seems like the equivalent of the Madden cover curse in football. Whoever wins the award is destined or cursed to have bad performance.

As articulated last month in great detail, Jeff Gennette’s strategies at Macy’s are about as outdated as department stores themselves. Read them closely and they would be great . . . if it was 2010.

Macy’s and department stores in general offer no real reason for being anymore. They don’t answer the “why,” as in why still come to a physical place to shop? Inspiration is better served online, physical architectures are outdated, and people, especially younger generations, just have better things to do with their time from an experience standpoint.

By a similar token, Kohl’s also has little to show for itself from a differentiation standpoint.

Sure, Kohl’s has received publicity from “pilot level” efforts (my quotes to emphasize the smallness of the efforts) surrounding unique partnerships with the likes of Weight Watchers, Planet Fitness, Aldi, and even copycatting Macy’s own Market @ Macy’s concept with its own Curated by Kohl’s concept, but nothing that it has done thus far answers the same fundamental question that still plagues department stores and Macy’s — why still come to a Kohl’s to shop?

Even Kohl’s most ballyhooed strategy — its effort to to take Amazon returns — appears, based on Kohl’s last quarter’s earnings call transcript, to indicate only one thing. That, yes, indeed people want to come to Kohl’s to return Amazon products, but shopping Kohl’s while they are there?

Sorry, Jeff and Michelle. Hate to say it, but the bell will toll for thee in 2020.

As reported by numerous outlets, Amazon looks likely to open a new grocery store concept in Los Angeles sometime soon. The opening will be the equivalent of the “shot heard round the world” in retail. It will mark the beginning of an all out, bloody grocery revolution.

The public should expect five key things from this new store, all of which are the consumer equivalent of a Samuel Taylor Coleridge opium-induced dream:

Translation — consumers will be able to get everything from bags of chips to soda pop at the best prices around, in the most convenient way possible, and lugging groceries home in the car with two kids in tow will be forever optional.

It is what Amazon is all about, so expect Amazon’s hybrid grocery concept that is set to open next year to be the company’s biggest love letter to the American public yet.

Retailers are starting to get the punchline to the joke. Amazon is coming and the current methods of distributing products to consumers are not tenable in the long-run. Manual picking or third-party services are just too expensive or bring with them other operational dynamics that will plague retailers over time (like not being able to squeeze one’s cantaloupes because there are too many Shipt or Instacart pickers in the way).

Hence, the grocery industry will lead the way first in collocating automated warehouse facilities within or quite nearby actual operating retail stores. This way retailers can save money on picking and packing and yet still be closer to their consumers from a last-mile delivery standpoint, while still also leveraging their inventory for multiple selling purposes.

The sequence of events over the past few years elucidates the trend. Kroger kicked everything off with its deal with Ocado in early 2018. And, while not exactly hyperlocal microfulfillment, the Kroger/Ocado partnership is still germane to the discussion because large centralized warehouses still fulfill part of the equation for certain geographies of the U.S.

More germane is what has happened since.

In late 2018, Walmart announced its own collocated micro-warehouse pilot initiative in New Hampshire. Then, bridging late 2018 and into 2019, other grocery chains like Albertsons, Meijer, and others jumped on the hyperlocal pilot bandwagon with various partners, and Sam’s Club also began converting old stores to e-commerce warehouses. Target, while not yet testing hyperlocal fulfillment, also happened to drop a huge announcement pertaining to all this when it announced that it expects 80% of its online orders over the holidays to be fulfilled directly from its stores.

If all that activity isn’t a sign of building momentum, it is hard to see what is. It is a pace that has already started to accelerate before the public even knows what Amazon’s new grocery concept is.

Once that thing opens, look out.

This prediction, while hot off the presses, still draws on historical perspective, as in “those who do not learn history are doomed to repeat it.”

While results at Bed Bath & Beyond over the past few years have been, to put it mildly, not good, recent news suggests that the road ahead could still be quite bumpy indeed. Bed Bath & Beyond this past week announced that six members of the executive team have left the building following new CEO Mark Tritton’s arrival on November 4, 2019.

Whether this mass exodus was voluntary or involuntary, it doesn’t really matter. It is still a ton of exits really fast, which means the Bed Bath & Beyond board is, as poker players say, “all-in,” with Tritton.

While I used to work at Target, which is important to note, I never crossed paths with Mark Tritton. What I hear is that he did a masterful job at Target with the private label branding effort.

However, Bed Bath & Beyond is a far different beast than Target.

First, Bed Bath & Beyond has a number of different banners underneath it, both online and offline. Second, Bed Bath & Beyond suffers from “coupon smack,” i.e. an addiction to overzealous discounting (sound anything like JC Penney?). But, third and most importantly, Bed Bath & Beyond is riddled by the same underlying affliction as discussed above with Macy’s and Kohl’s. Target, on the other hand, is a cross-category, one stop shop experience that still gives people economy for their time in a way Bed Bath & Beyond or Macy’s never can without extensive capital structure overalls and considerable construction time and investment.

There’s nothing to say that the leadership team couldn’t have been changed out slowly over time, but to have it happen so quickly suggests someone or some people think they already have all the answers.

Prediction #5 — Digitally-native brands will be exposed as risky tenants

Will 2020 be the year of the recession? Maybe, maybe not.

But, when the chink in the armor does start to show through though, it is going to make one thing quite clear — digitally-native brands are still an incredibly risky bet.

Right now, money is flowing freely. Anyone with a computer and a dream can start a digitally-native brand. As a result, digitally-native brands are coming at consumers from all angles, across nearly every category. It is hard to differentiate what has true staying power as either a retail idea, a CPG, or what is just a flash-in-the-pan infomercial dressed up in a new way.

Whatever the case, if the ground atop which these brands sit gets more tenuous, it means that the number of new retail startups and even big name companies who have bet their futures on showcasing these brands via lease agreements or other means (almost acting like mini-malls), will soon find themselves in a world of hurt as they realize their tenants are risker than they thought and the payments come due.

Companies like b8ta, Kohl’s, Macy’s and others have all talked publicly about how showcasing upstart digitally-native brands is key to their traffic driving futures.

But are they really? Or, are these digitally-native brands, upon whom companies are betting their futures and investors’ dollars, really just young, not ready for primetime players, masquerading as big boys while they are all flush with cash?

The whole thing calls to mind the subprime Jenga scene in The Big Short.

If companies are just acting as little malls and leasing space to niche, upstart digitally-native brands, as was described by b8ta CEO Vibhu Norby in the podcast below, doesn’t that just make these brands the riskiest tenants of all in the mall?

Time will tell but more than likely the whole thing could be a bad bet amid a make it rain VC backdrop.

Choosing An Office Location? Keep These 12 Crucial Factors In Mind