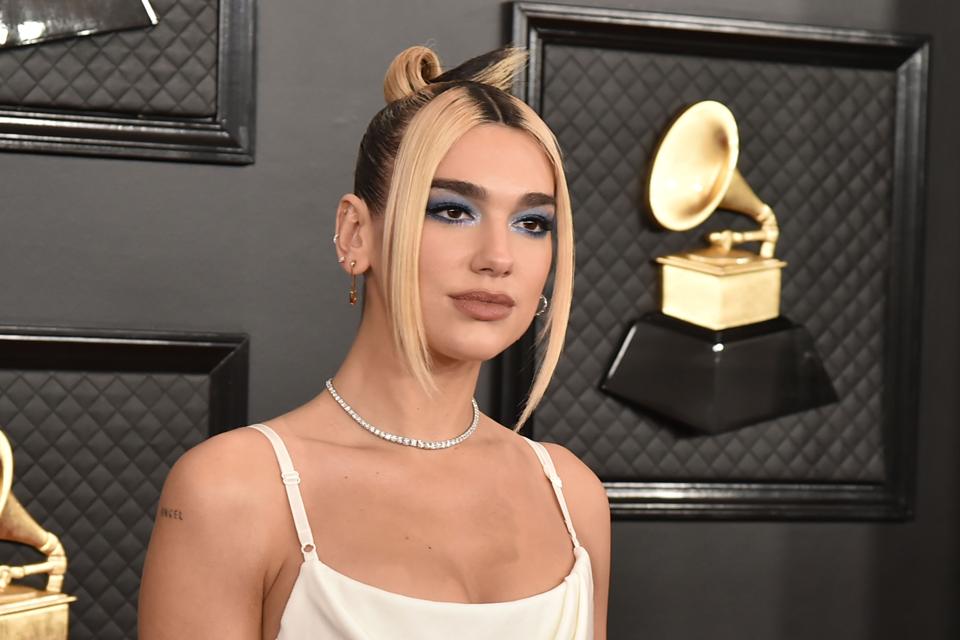 After a very tight race the the top spot on the albums ranking, pop band 5 Seconds of Summer has landed another No. 1 album in the U.K. with Calm, which beats the runner-up by less than 600 equivalent copies.

Pop superstar Dua Lipa settles for second place this frame with her new album Future Nostalgia, her sophomore release. While it’s surely disappointing to the singer that she missed collecting her first leader in the nation by only a few hundred equivalent units, she can celebrate reaching a new high point. Her first full-length Dua Lipa only rose as high as No. 3, though it did turn her into a household name.

Future Nostalgia has produced three major hit singles in the country, and it is far more successful than 5 Seconds of Summer’s Calm in that respect. Lead cut “Don’t Start Now” narrowly missed becoming another chart leader for the singer, as it stalled at No. 2 last year. Second release “Physical” steps up to a new peak position of No. 3 this frame while her latest single “Break My Heart” debuts at No. 6.

Grime favorites Skepta, Chip and Young Adz (known primarily for his work in the successful group D-Block Europe) debut their collaborative collection Insomnia at No. 3 this frame, sending all three back into the top tier in the country. On their own, Skepta and Chip (formerly known as Chipmunk for part of his career) have both charted a trio of top 10 titles, while Young Adz has appeared inside the region three times with D-Block Europe and now once on his own.

The surprise release debuts three songs, the most allowed by each artist on the chart at a time, according to Official Chart Company rules, with two opening inside the top 40. First up is “Waze,” which enters at No. 18, and it is followed by “Mains” at No. 32 and “Demons” at No. 47.

The Weeknd’s After Hours, which started at No. 1 last week, falls to No. 4 this frame, pushed down by an all-new top three. Lewis Capaldi’s Divinely Uninspired to a Hellish Extent experiences a similar dip, declining from No. 2 to No. 5.

American rock band Pearl Jam debut their new set Gigaton at No. 6. The album is their first in seven years and it’s their ninth to make it to the top 10 across the pond. That’s a very respectable sum, but sadly the group has never risen all the way to No. 1 on the chart.

Canadian hip-hop musician PartyNextDoor reaches the top 10 in the U.K. for the first time with his new album Partymobile, which opens at No. 7. The set was fronted by lead single “Loyal,” which became his third top 40 hit when it peaked at No. 31 last year. Now, “Believe It,” which features Rihanna, blasts onto the ranking at No. 12, becoming the biggest hit yet for PartyNextDoor. Another album cut, “Trauma,” launches at No. 99.

Billie Eilish’s When We All Fall Asleep, Where Do We Go?, which last frame celebrated its first full year on the chart, slides down to No. 8. That highly successful collection comes in just ahead of Harry Styles’ Fine Line at No. 9.

Elton John is back inside the top 10 once again with Diamonds, his incredibly popular compilation of his biggest smashes, which steps up to No. 10. The set benefits after the musician’s highly-publicized fundraiser, during which he performed and helped raise millions for coronavirus relief.

6 Things To Keep In Mind About The...

Talent Pipelining: How To Land The Top Talent...

What’s Wrong With Auston Matthews And The Toronto...

The Most Popular Cities For Millennial Home Buyers