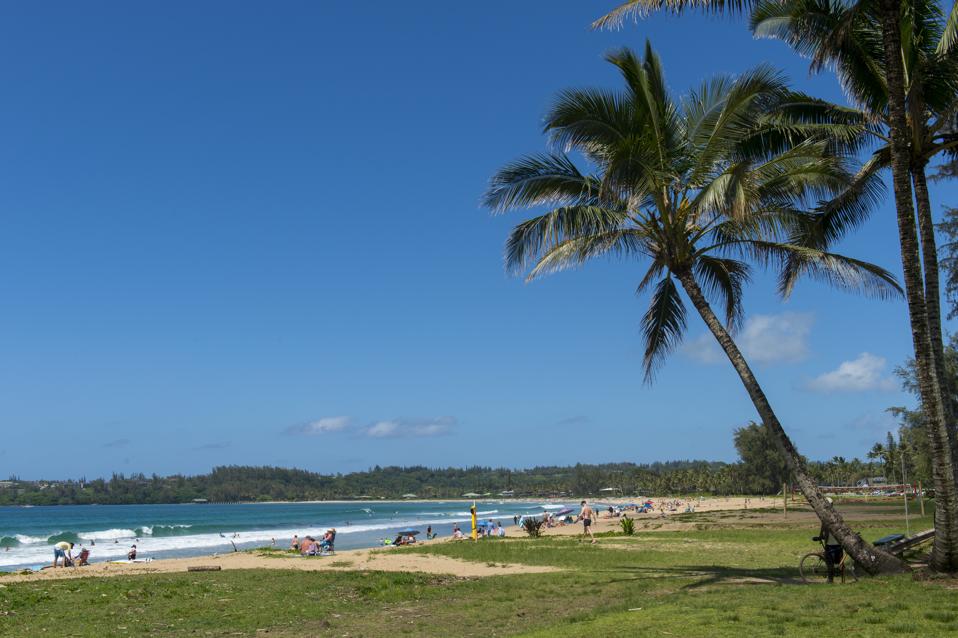 HAWAII, UNITED STATES – 2019/04/23: View of Hanalei beach on the northern end of the Hawaiian Island … [+] of Kauai, Hawaii, USA. (Photo by Wolfgang Kaehler/LightRocket via Getty Images)

The first official day of winter is upon us. Rather than staying in to avoid the cold weather, escape to a warm musical adventure by the sea or embrace the frigid temperatures by opting for the ultimate winter festival extravaganza.

You can ring in the new year at Lake Tahoe in California for the popular Snowglobe music festival or grab a special someone to celebrate Valentine’s Day for the first-ever E Komo Mai along the shores of Hawaii. If you already made other holiday plans, don’t fret and simply scroll through the rest of the list below. No matter what you’re looking to do and when you’d like to get away, there’s no doubt the perfect affair is just a click away.

Remember, the majority of these festivals like winter are right around the corner and tickets may start selling out. Go ahead, treat yourself and commit to making plans ASAP.

Navigating Art Basel is no easy feat, so let the team behind Miami’s Heart nightclub take the lead. Attendees of this festival will get the chance to witness a 63-act experience at the mind-blowing Wynwood Factory. The lineup is unlike any other featuring some of the best that techno music has to offer, which includes he Martinez Brothers, Sasha & John Digweed, Damian Lazarus, Cassy, Bedouin, and more. Moreover, there will be live performers and up-and-coming artists to watch such as Rodriguez Jr.

There’s no better way to welcome another round of the roaring 20’s than with Snowglobe. The festival is a major bucket list item for many and it’s time you make it happen for yourself. VIP tickets for all three days is only $399 and a regular GA pass is $199. If you break that down by the number of days, this New Year’s celebration is definitely more affordable than getting bottle service at the club or all the other pricey alternatives out there.

The music is non-stop at the one-of-a-kind Igloofest. In fact, festival goers have four different weekend options throughout the month of January to early February. Since the lineup is different every weekend, there’s no shame in attending all four sets of dates. With Cyber Monday coming up, it’s best to snag some snow shoes now before heading up to Montreal.

Switch things up from the cold by heading to sunny Mexico. Project Sound invites music lovers deep into the jungle of Tulum at their newly built club where you can lose yourself to the sets of Solomon, Maceo Plex, Ame and Dixon. The Instagram-worthy destination is exactly what you need to brighten up your winter season, so don’t hesitate to make this trip happen.

In native Hawaiian, “E Komo Mai” means “All Are Welcome” and welcoming everyone to the island of Oahu is exactly what this festival wants to do. Over three days, you can get to know the island along with some of the most incredible artists including DJ Dan, Doc Martin, Mikey Lion, Sacha Robotti and Kill Frenzy. Plus, as the festival gets closer, more names will be announced. Stay tuned!

Travel Restrictions Create A Direct A380 Australia To...

The Three New Rules Of Investing In Commercial...

How to Build a Business as an Introvert

Coronavirus Has Killed More Americans Than Any Flu...