Breaking
Entrepreneurs Are Bringing Transparency To Home Buying And...
Best Incentive To Get Vaccinated: Money, Messaging, Or...
Page Level Query Analysis at Scale with Google...
How A CIO Can Align IT With Business...
Blogger of the Month: Jo, Girl Eats World
6 Things Women In Business Know That Men...
How to Use First-Party Data for Ad Personalization
Pressing Reset—Putting A Fallen Unicorn Back On Its...
How We Went Viral: Promoting Content with Influencers,...
Blame Olympic Record Price Tag For Return To...
Apple iOS 14.5 Release: Should You Upgrade?
How to Come up with Podcast Topics and...
Why Gaming Gear Company Razer Launched A $50...
Technical SEO Implementations to Increase the Impact of...
30 Brilliant Ways to Market Your Eco-Friendly Shopify...
15 Tech Industry Leaders Share Overused (And Misused)...
Home Finance 6 High-Yield Dividend Stocks Wall Street Likes For Investors In 2020
Finance 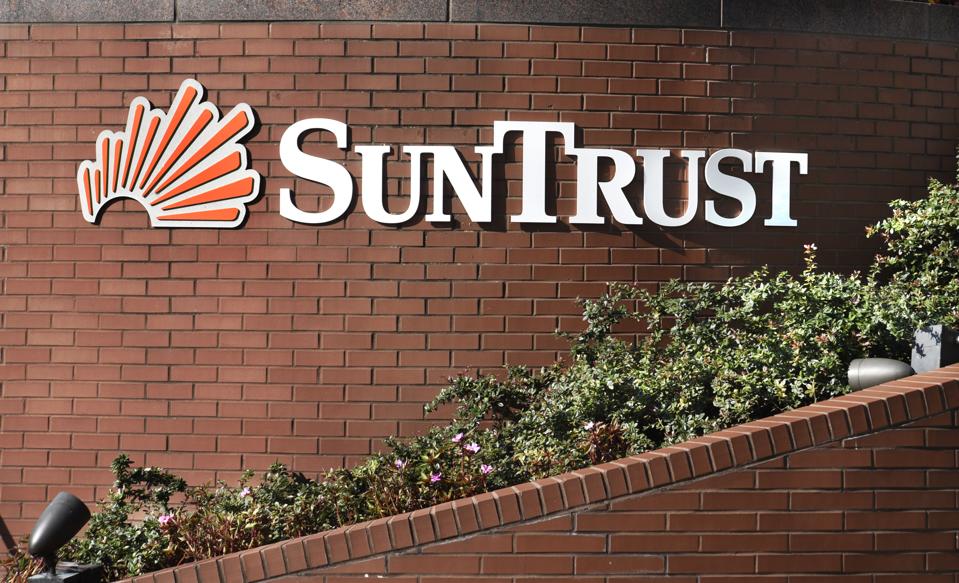 SunTrust’s merger with BB&T to become Truist was received well by investors in 2019.

Most Wall Street investment firms don’t anticipate a recession in 2020, though returns are expected to be more modest than in 2019.

But with trade policy as uncertain as ever in what figures to be a tense election year, it would be hard to blame cautious investors for banking their winnings with the S&P headed for its largest yearly gain since 2013, surging more than 29%. For those seeking a safer portfolio with guaranteed passive income in case of a market correction, high-yield dividend stocks can be a more tempting option than the fixed income market.

The U.S. 10-year treasury has been yielding less than 2% since the beginning of August—its yield is now about on par with the average S&P 500 stock. And the S&P Dividend ETF has returned more than 20% this year—likely an unsustainable pace, but it’s also unlikely to dip far into the red if the market is more volatile than forecasters think. With that in mind, here are six high-yielding dividend stocks from RBC Capital Markets’ “Top 30 Global Ideas for 2020” report that investors can consider in the new year.

Duke Energy’s modest gains underperformed the market in 2019, though continued progress on the Atlantic Coast Pipeline—a project the company owns a significant stake in—may be a catalyst for growth. 2020 could bring more regulatory clarity on the pipeline that will power homes and businesses in West Virginia, Virginia and North Carolina, where Duke Energy is based. Next year, the Supreme Court is set to hear an appeal of a circuit court decision resisting the pipeline’s intersection with the Appalachian Trail.

SunTrust’s merger with BB&T has been a hit with investors, as Truist shares (trading as BB&T shares until the merger closed in December) are up 14% since the deal was announced on June 12. RBC Capital Markets analyst Gerard Cassidy rated the new company as a top pick in his firm’s annual report, predicting that SunTrust’s cloud-based approach and BB&T’s emphasis on data centers will blend well together. “We expect Truist to benefit from the technology investments undertaken by both SunTrust and BB&T,” Cassidy writes.

The biotech giant’s attempts to extend the patent on anti-HIV drug Descovy have drawn the ire of politicians like Democratic presidential candidate Bernie Sanders and Congresswoman Alexandria Ocasio-Cortez, but there is reason to believe brighter days are ahead for Gilead after its stock lost more than a third of its value in the second half of the decade. Its new drug Filgotinib, developed in collaboration with pharmaceutical peer Galapagos to combat rheumatoid arthritis and Crohn’s disease, could be approved and launched in the next year.

For Canadian Natural, which sunk to a three-year low at the end of August, September’s oil crisis in Saudi Arabia couldn’t have come at a better time. A drone attack that decimated Saudi output caused a spike in crude oil prices, and that catalyst helped Canadian Natural shares surge more than 40% from their low point. Optimism around a U.S.-China trade deal was kind to oil prices in December as well, which lifted the S&P energy sector higher.

TC Energy enjoyed a steady rise throughout 2019, gaining nearly 50% in value to reach a five-year high by the end of the year, and RBC expects the trend to continue in 2020. The company’s emphasis on developing pipelines to serve customers in both Canada and key U.S. markets may set it up for more success than some of its energy infrastructure competitors.

2019 was an underwhelming year for European banks, but Santander’s precipitous decline in the last two years has boosted its dividend yield, and RBC analyst Benjamin Toms writes that “the discount applied to the shares for capital is overdone.” He cites Santander’s personal lending market share in Brazil and its efficient credit approval system as forces that could drive shares higher next year.

Be Resolved To Put Self-Driving Cars On Your Bucket List