Breaking
‘Remnant: From The Ashes’ Is Cheaper Than Ever...
Top Stocks To Buy Today As Markets Rise...
How To Sell Artisanal Ice Cream In The...
Making America’s Trumps Pay Their Fair Share
Fortnite Season 4, Week 9 Challenges Revealed And...
Yesterday You Were Just A Business; Today You...
Should Your Company Help Get Out The Vote?...
Hyperautomation And What It Means For Your Business
The Role Of The Indie Agency In Our...
Parker-Hannifin Crosses Pre-Covid Peak But Investors Set To...
6 Reasons Your Cold Messaging Efforts Fail And...
4 Analytics Categories To Track To Improve Your...
Predictions 2021: Cloud Computing Powers Pandemic Recovery
This Is Why You Need A Strategy In...
Economic Research Exposes Significant Flaws In DOL H-1B...
How Breast Cancer Turned This Entrepreneur Into A...
Home Business 7 Million Tulips No Tourists: Dutch Icon Keukenhof Closed To Coronavirus
Business 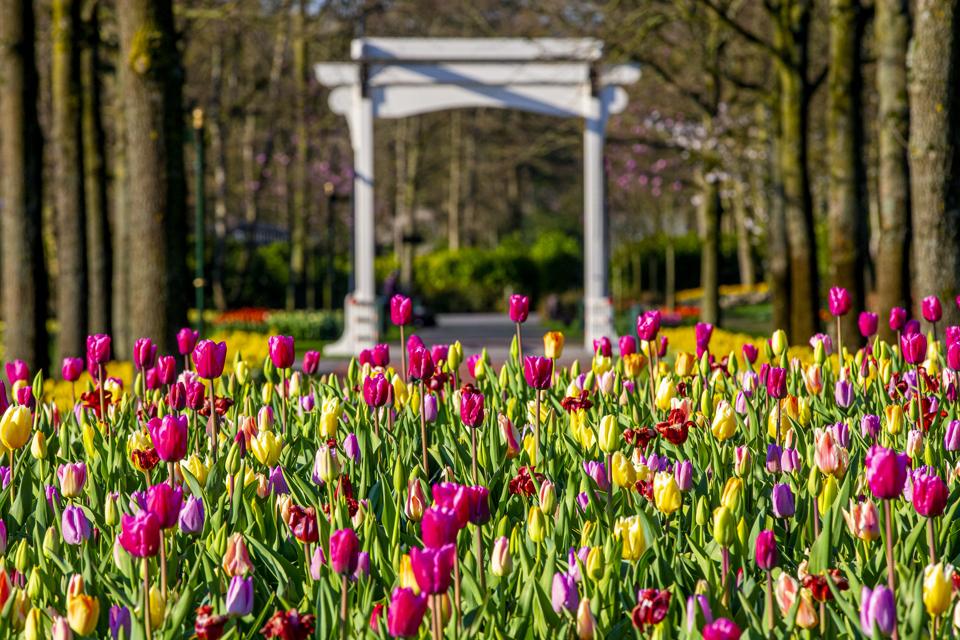 Tulips in full bloom beauty at the famous Keukenhof flower garden in the Netherlands, which is … [+] closed to tourists for the first time in its history, because of the coronavirus crisis. (Photo by Patrick van Katwijk/Getty Images)

There will be no tiptoeing through the tulips in Holland this year. For the first time since opening in 1950, the famous Keukenhof flower garden, whose 7 million bulbs attract about 1.5 million visitors from over 100 countries each year, will be closed due to the coronavirus.

The decision to nip the garden’s two month tourist season in the bud was an emotional one, director Bart Siemerink told Radio West on Tuesday. “The moment you know you can’t open, you also have to tell 1300 seasonal workers that you don’t have a job for them.”

The world’s largest flower garden, located in Lisse, South Holland, was due to open on March 21. That date was initially postponed to April 6 due to the coronavirus measures. Now the “targeted” Dutch coronavirus lockdown, in place until at least April 28, has led to its closure. The lockdown Dutch style, which the government calls “intelligent”, means only businesses which involve a lot of contact, such as hairdressers, beauticians and red light district brothels, have been forced into shutdown.

Yet just as the 1.5 metre social distancing rule has seen museums including Amsterdam’s Rijksmuseum close, the Keukenhof had to follow suit. “It soon became clear that that period would also be extended,” Siemerink says. “That would mean that Keukenhof could not open this year, even in slimmed-down forms. At some point you have to say: this year is over. Then you can also give a clear message to tour operators.”

This comes as Dutch prime minister Mark Rutte urges German and Belgian tourists to stay at home over the Easter weekend, and not visit the Netherlands, amid the country’s spiralling outbreak.

Siemerink predicts €23 million revenue losses as a result of the closure, but is optimistic about the future: “We will survive the year, though not without a hitch. We hope to make a very beautiful Keukenhof in 2021.” 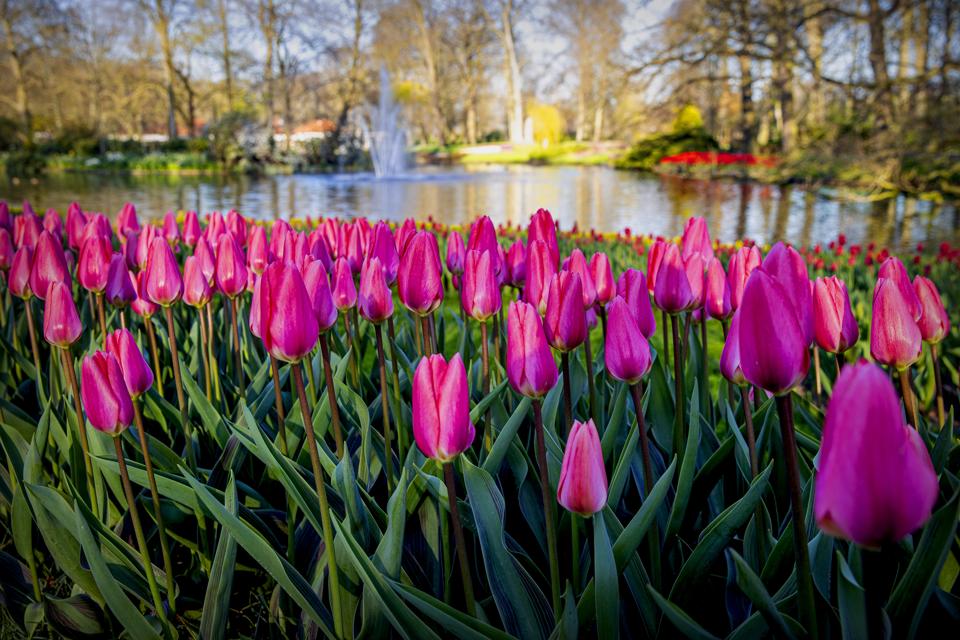 For “anthophiles” that’s a long wait. Will flower lovers be able to satiate their hearts with virtual tours and shows? Yes he says: “We are in a beautiful, blooming spring park right now and there are no visitors. We will therefore try to open up Keukenhof virtually, by allowing television crews to come and make films for the website.”

Even more reason for the tulip tailoring to continue. “Nature does not listen to developments in the world,” Siemerink says wisely, “but simply continues.”

Here’s one of the latest videos from the “Garden of Europe”.

Other videos allow you to meet the gardeners too, and get behind the florally scenes.

The closure has not stopped the gardens getting in the Easter mood. About 50 staff remain on site, grooming it ready for the 2021 opening. They are also busy beautifying it with blooming bulbs and bunnies. 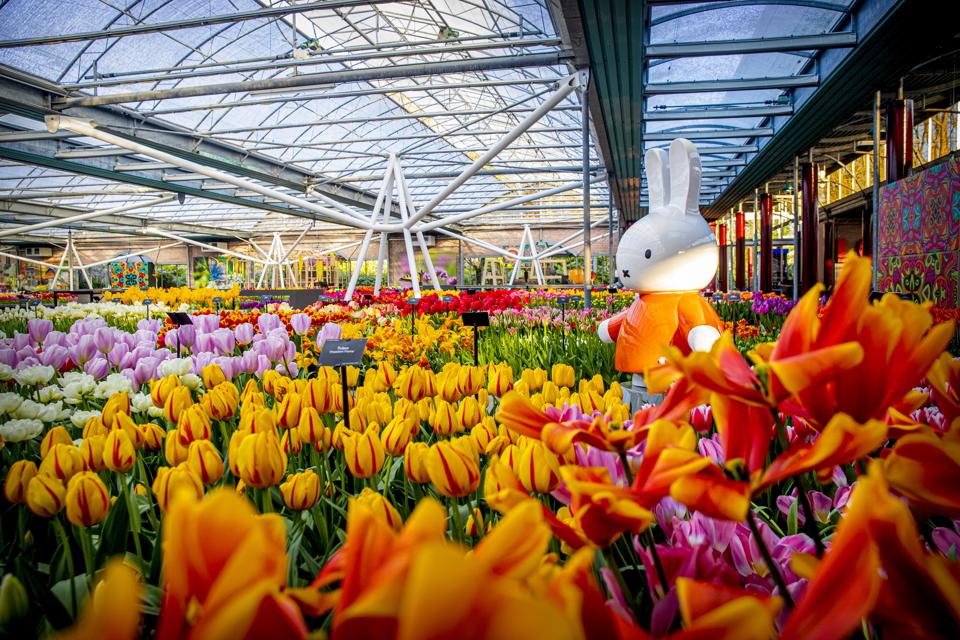 The closure of Keukenhof due to the corona-crisis has not stopped the gardens getting in the Easter … [+] mood. Bunnies and tulips are in bloom in the world’s largest flower garden, in the South Holland town of Lisse, the Netherlands (Photo by Patrick van Katwijk)

Meantime In Michigan: Tulip Time Is Off

On the other side of the Atlantic, tulip festivities have been pruned from cultural agendas too. In Michigan, organizers of the annual Tulip Time in May have announced its cancellation. An event of the same name in Australia still has a few months to go, before the Antipodean spring, to see if the floral festival gets off the ground.