Breaking
How to Develop a Winning Digital Marketing Strategy...
5 Critical On-Page SEO Factors That Impact Your...
How An Indonesian Healthcare Clinic Is Fighting Climate...
Ransomware Group Targets Hospitals At Height Of Pandemic
Zoom Is Now Worth More Than ExxonMobil—And Founder...
Stimulus Checks For $375 Will Be Issued In...
Want to Boost Your Business Marketing? Hire a...
What We Know—And Don’t Know—About Biden’s And Trump’s...
The FDA Will Not Inspect Vaccine Production Plants
Three Things Newborns Can Teach CEOs
Got Negative Feedback? Nine Smart Strategies For Handling...
The Last Mile: Teaching Incarcerated Individuals How To...
This Start-Up Is Democratizing Non-Invasive Beauty Treatments For...
A Conversation On The Vitality Of Self-Employed Individuals...
Behind The Curtain—Chapter 11 From The Inside—Chapter 15—Closing...
Inclusive Hiring: How To Address Bias In The...
Home General 77% Of Economic Activity Lost To Social Distancing Is Back, But An Economic Recovery Still Depends On A Vaccine
General

77% Of Economic Activity Lost To Social Distancing Is Back, But An Economic Recovery Still Depends On A Vaccine 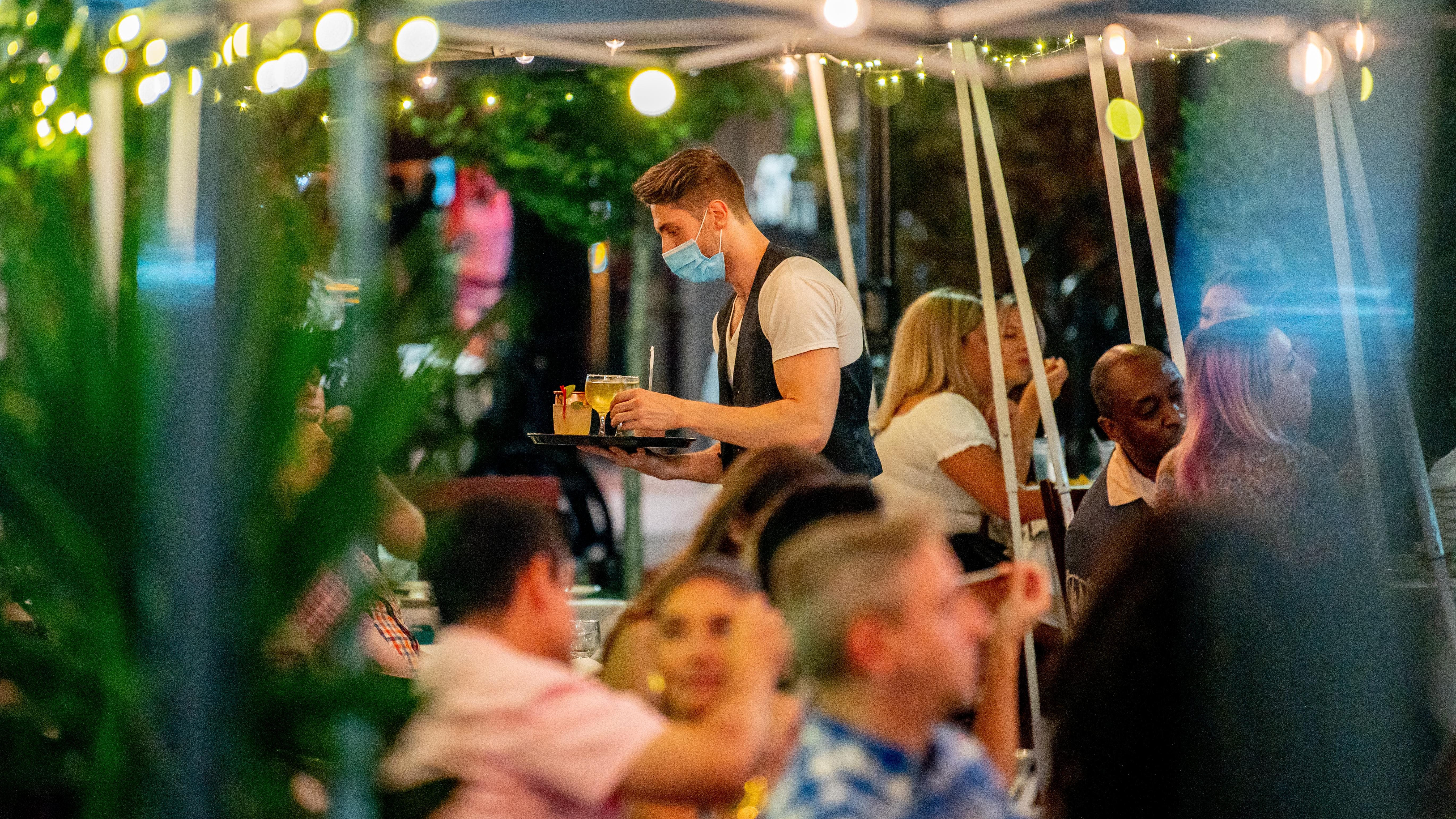 Third-quarter earnings season officially kicks off this week with big banks, airlines and consumer-staple firms set to report on Tuesday, and though Wall Street’s eyeing improvements over the previous quarter, a sustained economic recovery is still ultimately contingent on widespread vaccination.

Big banks and airlines–two of the coronavirus pandemic’s worst-hit industries–kick off earnings season on Tuesday, with JPMorgan Chase, Citigroup and Delta Airlines all set to report before the opening bell.

Expect weak and uneven sales growth, and a collapse in profit margins, to characterize third-quarter results, Goldman Sachs said in a weekend note to clients, adding that it still expects election results will have more of an impact on stocks than earnings, and that ultimately, vaccination is “essential for the normalization of the economy.”

Goldman believes there’s a 48% chance that there are enough doses of an FDA-approved coronavirus to treat 25 million Americans by the second or third quarters, the most likely timelines, followed closely by 42% odds that happens by the first quarter.

Meanwhile, Glenmede Investment Management said Monday that although it estimates 77% of economic activity lost due to social-distancing mandates has been regained, it only expects earnings will see a small rebound from an “abysmal” second quarter.

Glenmede doesn’t expect earnings will reach new highs until the second half of 2021, which the firm adds is “not so coincidentally aligned with estimates for vaccine delivery.”

In a Monday note to clients, LPL Financial had similar hopes, saying, “The combination of efficiencies gained during the recession, the strong performance of the winners and the tremendous progress in Covid-19 treatment and vaccine development, all suggest we may be only a year away from reaching normalized earnings, though we fully recognize the risk that timeline may end up being too aggressive.”

The coronavirus pandemic has been a boon for stocks in software, biotech and consumer staples (think: Procter & Gamble, whose shares are at an all-time high and up 17% just this year), but it’s been terrible to a bevy of firms reporting this week, particularly in the banking and airline spaces. The best-performing sectors this year, as tracked by S&P 500 ETFs through Friday’s close, include technology (up 32%), consumer discretionary (up 23%) and communications (up 13%). The worst-performing sectors are energy (down 36%) and financials (down 16%). JPMorgan, the nation’s biggest bank led by Jamie Dimon, reports tomorrow and has seen shares plummet nearly 28% this year.

21%. That’s how much Goldman said it expects third-quarter earnings per share will fall among S&P 500 firms, compared to a 32% drop in the second quarter and a 15% fall in the first.

“In many respects, the economy’s recovery since this spring has been pretty remarkable… Consensus estimates show an expectation that earnings reach new highs in the second half of 2021, perhaps not so coincidentally aligned with estimates for vaccine delivery,” Glenmede Investment Management’s Jason Pride and Michael Reynolds said on Monday. “Consumers are driving the pandemic recovery, but the U.S. economy is not completely out of the woods yet. There are pockets of the economy that continue to struggle, and an additional round of fiscal stimulus could put the U.S. economy on a gentler and less painful path toward full recovery once a vaccine becomes widely available.”

Banks dominate the 12% of S&P 500 earnings due to be reported this week, Bank of America noted in a Monday research note. Among firms reporting Tuesday are Delta Air Lines, JPMorgan Chase, Citigroup, BlackRock and Johnson & Johnson–all before the opening bell. Bank of America, Wells Fargo, Progressive and United Airlines are slated to release earnings on Wednesday, while Morgan Stanley, Charles Schwab and Walgreens are scheduled for Thursday. Any signs on Tuesday from JPMorgan and Citi that the economy is on the mend will help bank stocks and the overall market, says Marc Chaikin, founder of Philadelphia-based quant investment research firm Chaikin Analytics.

Eight Things Every Founder Ought To Do In Their Downtime