Breaking
How The US Department Of Health & Human...
Why Do Chinese Companies List Their Shares In...
Can You Get Covid-19 Coronavirus From Food? Frozen...
Winklevoss Twins Tell Bar Stool’s Dave Portnoy To...
Berkshire Hathaway Doubles Down On Net Lease REIT,...
70% Of Americans: Ban Foreign Apps
This Week In Credit Card News: Pandemic Brings...
Three ‘Big Impact’ Surprises That Could Slam Stocks,...
Quantum Computing: What Does It Mean For AI...
5 Questions With Jonathan ‘Magar’ Martinez Cannabis Curing...
5 Concise Questions With Jonathan “Magar” Martinez Cannabis...
Lessons From The Frontlines: Preparing A Global Vaccine...
Behind The Curtain—Chapter 11 From The Inside—Chapter 4—First...
What To Look For In A Nursing Home...
Apple’s Radical iPhone 12 Upgrade Suddenly Confirmed
5 TikTok Growth Hacks You Need To Know
Home Technology 8 Takeaways From The Davos Day Of Innovation And Solutions
Technology

8 Takeaways From The Davos Day Of Innovation And Solutions

While Donald Trump and Greta Thunberg dominated the news coverage, the biggest conversations this week at the World Economic Forum at Davos focused on “stakeholder capitalism,” and both the opportunities and necessities for business to align with the public and nonprofit sectors to solve the world’s most intractable problems. 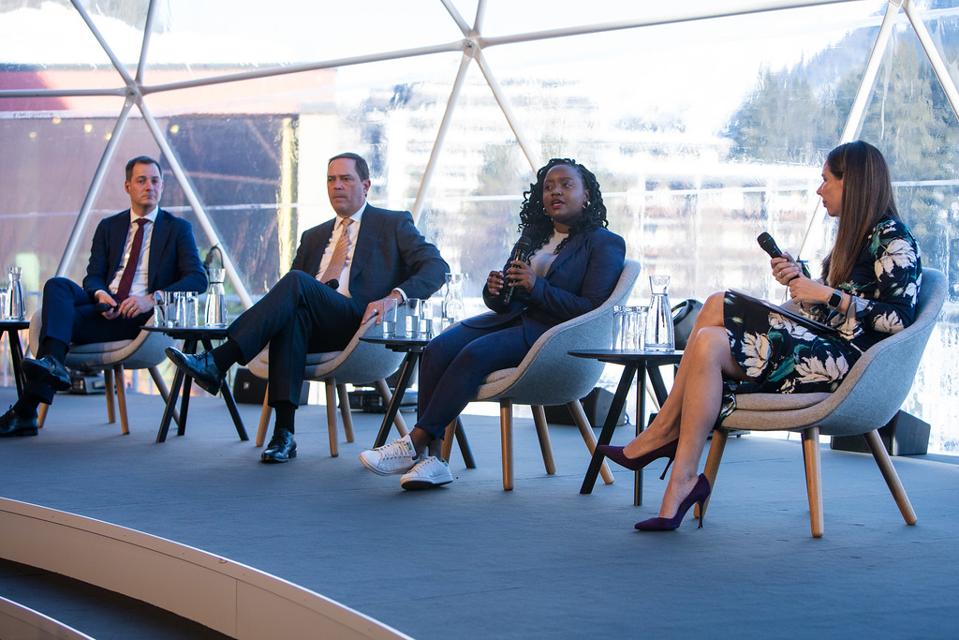 1. For 4% Growth, Study 1960s Economics. Whereas history remembers the ’60s for activism and strife, it also produced the go-go years, economically. To get that economic dynamism back, says Paul Tudor Jones, corporations need to move away from the shareholder obsession that Milton Friedman crystallized in the 1980s, and return to a more balanced approach that also values employees, customers and the environment. “The pie actually grows for you and grows for society,” said Jones, who founded JUST Capital to hold corporations accountable to what the American people expect from big business. (Disclosure: Forbes is a JUST Capital partner, and I’m a JUST Capital board member.) “In the 1960s, when private margins were half today, GDP was twice what it’s been for the past 10 years.” The shift to shareholder prioritization, Jones adds, strains government resources, undermining our political discourse. 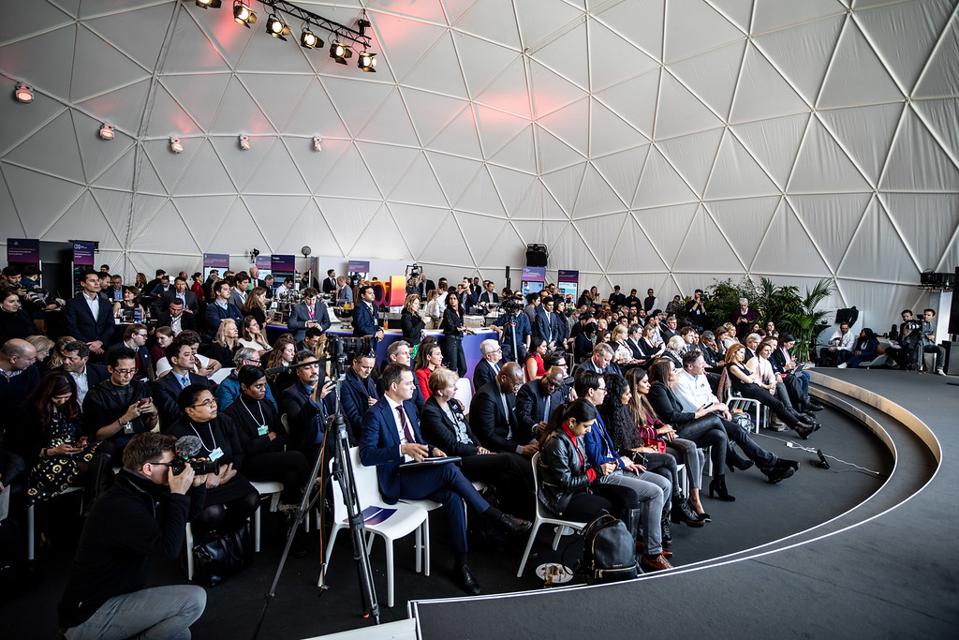 Imagination in Action Summit at the TCS Dome in Davos on January 21, 2020.

2. Every Company Is An Education Company. Hans Vestberg, Verizon’s visionary CEO, says he views employees as an essential corporate asset, whose loyalty and excitement must be stoked. And rather than a pat line, Vestberg focused on ongoing training and education for his 140,000-person workforce, with quarterly assessments across the organization, to ensure all employees have a path forward and “feel leadership responsibility.”

3. The Unionization Of Data. “Companies such as Google, Amazon and Walmart are harnessing data to unleash human potential,” said Sandy Pentland, who launched Imagination in Action along with fellow MIT faculty member John Werner. But he also likened individual data rights in the 21st century to worker rights in the 19th century. Data cooperatives would give people a pathway to push back against big tech’s use of personal data.

4. Multilateralism Remains Essential. While much of the world suffers from nationalist fever, Gavi, the global vaccine alliance born at WEF, which celebrated it’s 20th anniversary this week, demonstrates that issues that transcend borders, whether pandemics or climate or financial panics, require global coordination and cooperation, with a ROI delivered for all. Gavi is an incredible success story, with 760 million kids vaccinated since 2000. Okonjo-Iweala, the Gavi chair, is now shooting to take that number past 1 billion. “Prevention is better than cure,” said Okonjo-Iweala, who posits that every dollar spent immunizing saves $54 in healthcare costs, not to mention the human cost.

5. Giving While Living. Erasing the annual spending gap of $350 billion to end extreme poverty will require the super-rich to pay more. An elegant way: Every billionaire could donate 5% of his or her net worth each year, which, assuming most tycoons can garner 7% a year, doesn’t even require a dip in net worth. “The greatest gift is the idea that you can change the lives of millions of people,” says Chris Stadler, managing director of CVC and the chairman of Global Citizen. (Forbes and Global Citizen have agreed to partner on philanthropy research in 2020.)

6. AI Must Also Have An Artificial Heart. Elon Musk’s fears of AI aren’t misplaced. But if AI is put through a mission-driven filter, the ends will justify the means. “Tech enables what’s possible which drives norms and best practices,” says Tommy Nicholas, cofounder and CEO of Alloy, which applies AI in the fintech sector.

7. Equality Generates Prosperity. The United Arab Emirates is blessed with natural resources, and yet has vastly outperformed most other oil-rich companies with liberal trade policies—and a willingness to tap the potential of its people. “We had a dream as a small nation,” said Mohammad Al Gergawi, the UAE’s minister of Cabinet Affairs and the Future, who made news by announcing that Dubai would become the seventh host city for Global Goal Live on September 26. “I was in the third grade for the first time I saw a flag. We still didn’t have university. We were looking to hire government officials, we only had 45 university graduates, and only 5 were female. We were startup country.” Today, women make up two-thirds of government employees, half the national assembly and one-third of the cabinet. The economy booms without the kind of strife seen in much of the region.

8. Generation Z Can Make The Different. People like Greta Thunberg and Malala Yousafzai and Emma Gonzalez aren’t aberrations, said Priyanka Chopra-Jonas, who leverages her 100 million followers to push her alignment with Global Citizen and UNICEF. “I wouldn’t have had the courage to do that at 15,” said Chopra-Jonas. “It’s so amazing to finally see the power these girls are getting the power they have…each drop of water makes an ocean.”