Breaking
How to Run Nonprofit Marketing Ads
Entrepreneurs Are Bringing Transparency To Home Buying And...
Best Incentive To Get Vaccinated: Money, Messaging, Or...
Page Level Query Analysis at Scale with Google...
How A CIO Can Align IT With Business...
Blogger of the Month: Jo, Girl Eats World
6 Things Women In Business Know That Men...
How to Use First-Party Data for Ad Personalization
Pressing Reset—Putting A Fallen Unicorn Back On Its...
How We Went Viral: Promoting Content with Influencers,...
Blame Olympic Record Price Tag For Return To...
Apple iOS 14.5 Release: Should You Upgrade?
How to Come up with Podcast Topics and...
Why Gaming Gear Company Razer Launched A $50...
Technical SEO Implementations to Increase the Impact of...
30 Brilliant Ways to Market Your Eco-Friendly Shopify...
Home Business 9 Ways Ariana Grande’s Latest No. 1 Debut Made History On The Hot 100
Business

9 Ways Ariana Grande’s Latest No. 1 Debut Made History On The Hot 100 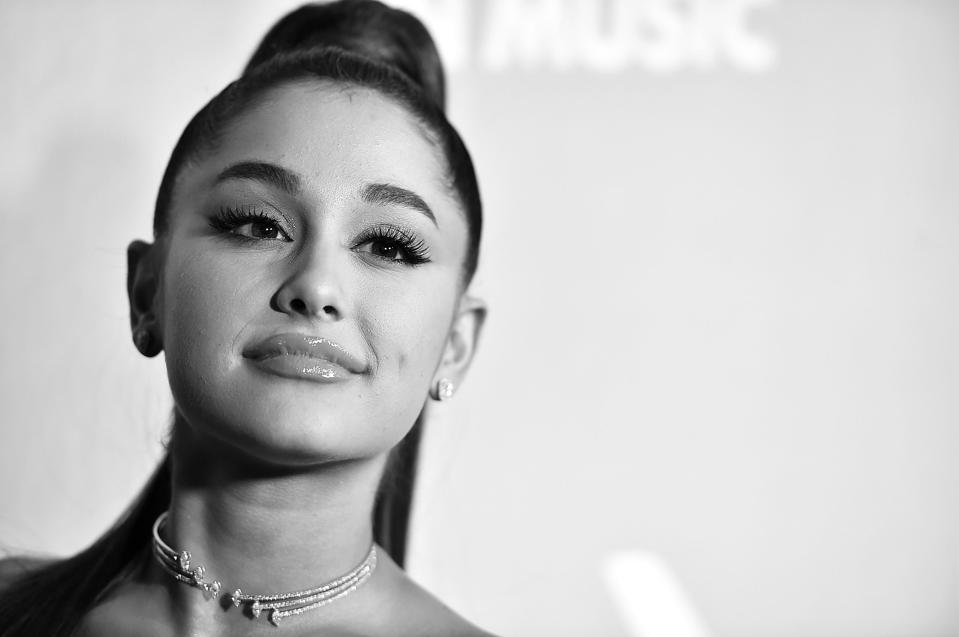 Lady Gaga and Ariana Grande’s “Rain on Me” isn’t just a catchy tune that helped propel the album it’s featured on, the former’s Chromatica, to the top of the Billboard 200, it’s also a dance-pop smash that is historically significant. The cut helped both women make history on the Hot 100 when it debuted at No. 1, and while Gaga earned several spots in the chart annals, Grande made history in at least nine different fashions with just one more hit.

First Musician To Debut Four Songs At No. 1

Very few musicians have debuted more than one song at No. 1, and none have managed to start as many tracks as high as a cut can climb as the pop singer has. With “Thank U, Next,” “7 Rings,” “Stuck With U” with Justin Bieebr and “Rain on Me” with Gaga, Grande has landed a quartet of chart-toppers.

First Musician To Debut First Four No. 1 Hits At No. 1

Not only has Grande managed to debut four songs at No. 1 on the Hot 100, she’s somehow only scored four leaders on the list. No musician has ever landed more than a single chart-topping start but not also collected another leader on the all-genre list in the traditional way.

First Musician To Debut Two Songs At No. 1 In Less Than A Month

Amazingly, two of Grande’s No. 1 debuts on the Hot 100 were spaced out by only one week. “Stuck With U” with Bieber and “Rain on Me” with Gaga were only separated by one other champion, Megan Thee Stallion and Beyoncé’s “Savage,” which only controlled the list for a single frame.

Second Female Musician To Debut More Than One Song At No. 1 In A Year

Only a handful of artists have been lucky enough to debut more than one track atop the Hot 100, and that group is made even smaller when looking solely at those females who have collected more than one No. 1 debut in a single year. Before Grande managed to do so, Mariah Carey made history by starting both “Fantasy” and “One Sweet Day” with Boyz II Men in the peak position back in 1995 (the first year a song launched at No. 1, no less).

Third Musician To Debut More Than One Song At No. 1 In A Year

When that group explained just above is expanded to include men, there is only one other musician who has debuted more than a single smash atop the Hot 100 in one year. In 2018, Drake joined Carey (at the time the only two names to do so) in this feat as both “God’s Plan” and “Nice For What” opened in first place.

First Female Musician To Debut Songs At No. 1 In Back-To-Back Years

Last year, Grande debuted her second-ever No. 1 hit “7 Rings” at the top of the Hot 100, and now in 2020 she’s not only repeated that success, but done so twice. Thanks to her unprecedented success, the Grammy winner continues to hold on to her spot in the history books as the only female artist to land No. 1 debuts in back-to-back years.

Second Musician To Debut Songs At No. 1 In Back-To-Back Years

Amazingly, while Grande is the first female artist with back-to-back No. 1 debuts on the Hot 100, she is not the first musician to do so when looking at groups and solo males. Travis Scott became the first act to manage this specific feat earlier this year, as his new tune with Kid Cudi, the successful “The Scotts” entered the tally at No. 1. Late in 2019, he scored his first instant leader with “Highest in the Room.”

First Musician to To Debut Songs At No. 1 In Back-To-Back-To-Back Years

As is mentioned above, Grande is the only female and the second-ever artist to score No. 1 debuts on the Hot 100 in back-to-back years, but that doesn’t tell the full story of her power. The superstar is actually the first to land No. 1 starts on the most competitive singles list in back-to-back-to-back years, as songs she either fronted or was credited as a featured act on began their time on the tally in first place in 2018 (“Thank U, Next”), 2019 (“7 Rings) and 2020 (“Stuck With U” with Bieber and “Rain on Me” with Gaga).