Breaking
The Impact of Internships in Marketing
3 use cases of chatbots for critical services
How To Make Working From Home Appeal To...
Tips on How to Design an Office Space...
4 Tips To Help Build Amazing Customer Relationships
How Are US Pension Funds Responding to the...
Benefits of second-hand cars for your business
4 Reasons Why Your App Needs To Undergo...
Your Guide to Online Marketing
How to find a Solicitor in London
5 car tyre and safety tips for a...
Everything You Need to Know About Corporate Social...
Is Adaptive Leadership the Key to Motivating Employees?
Why business events are set to return with...
Business events set to return with a bang!
Expanding Internationally: 5 Things to Consider for eCommerce...
Home Content Marketing A 2 Step Process For Coming Up With PR Campaign Ideas
Content Marketing

A 2 Step Process For Coming Up With PR Campaign Ideas 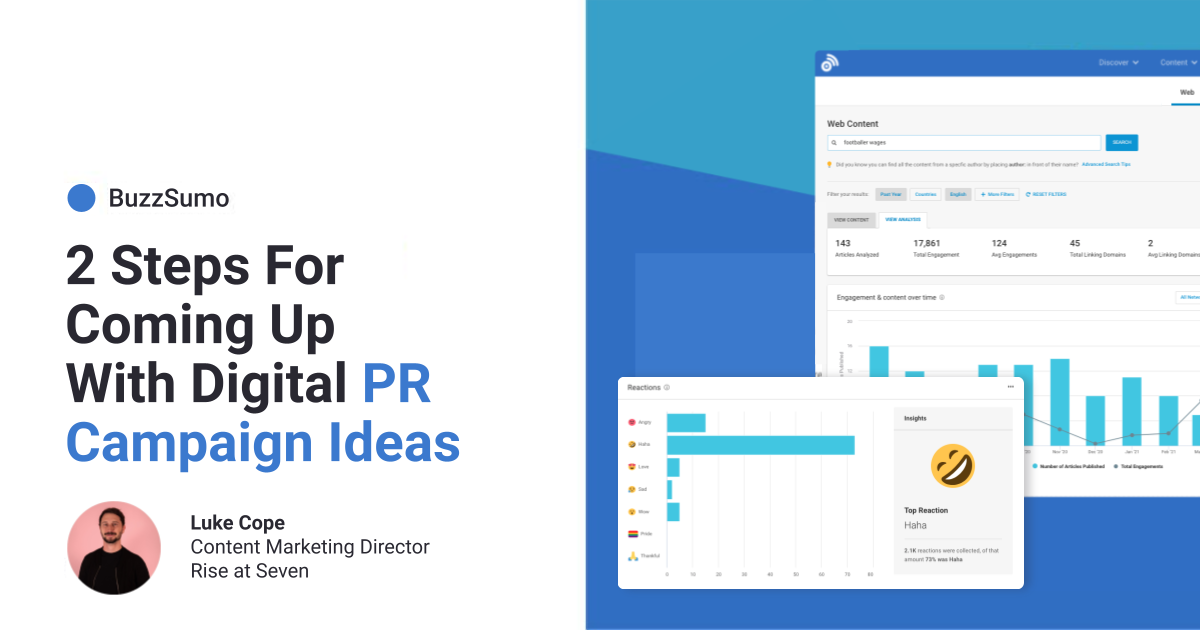 As you can imagine, when we’re talking about emotions we weren’t really focusing on the positive ones with this campaign, but it picked up a ton of links at the time and I’ve never properly deconstructed it until now. The research went as follows:

Product theme: Private number plates (Some funny number plate content but enough there for a campaign)

Then I started branching out into aspirational lifestyle themes.

Secondary theme 2: Footballers cars (Lots of content + lot of reactions in the comments)

When I analyzed the comments of these articles, I realized why they were so popular with the publishers.

There was also an element of competitiveness and one-upmanship going on.

I realized people read these articles and automatically compared themselves, so why not make that comparison literal with a calculator?

I genuinely think if you can come through this phase with an idea that’s linked to successful themes and that taps into 1-2 emotions, you are already on your way to running a winning campaign.

It’s a step I go through before every single campaign I run.

How to Create an Editorial Calendar That Will...

How To “Do” PR: The Beginner’s Guide

Why The Skyscraper Technique Is More Important Now...

How To Measure PR: The Definitive Guide

BuzzSumo + Brandwatch: 4 Ways To Match The...

7 Super Simple Ways to Get More From...

How to Become a Successful Vlogger