Breaking
4 Tips For Attracting Your First ‘Dream Client’...
Want To Generate More Sales This Holiday Season?...
Your ‘Harvest Moon’ Moment Is An Illusion: Why...
Google Meet’s Unlimited Calling Will Continue To Be...
The Need For Speed-Is Quantum Computing A Good...
Stock Market Crash: The End Game Approaches
Best Video Conferencing Software
House Democrats Debate Bill To Allow Student Loan...
For These Indigenous Artists “Land Back” Is Both...
The Current Tech Stock “Bubble” Reflects Pessimism, Not...
A Look At What’s Inside House Democrats’ New...
Page Authority 2.0: An Update on Testing and...
How Public Health Experts Are Harnessing The Power...
This Husband And Wife Built A Luxury Brand,...
This Husband & Wife Built A Luxury Brand,...
Luxury Footwear Brand Chelsea Paris Re-Launches And Stays...
Home Business A Bad Week For Markets As Coronavirus Threat Returns With A Vengeance
Business 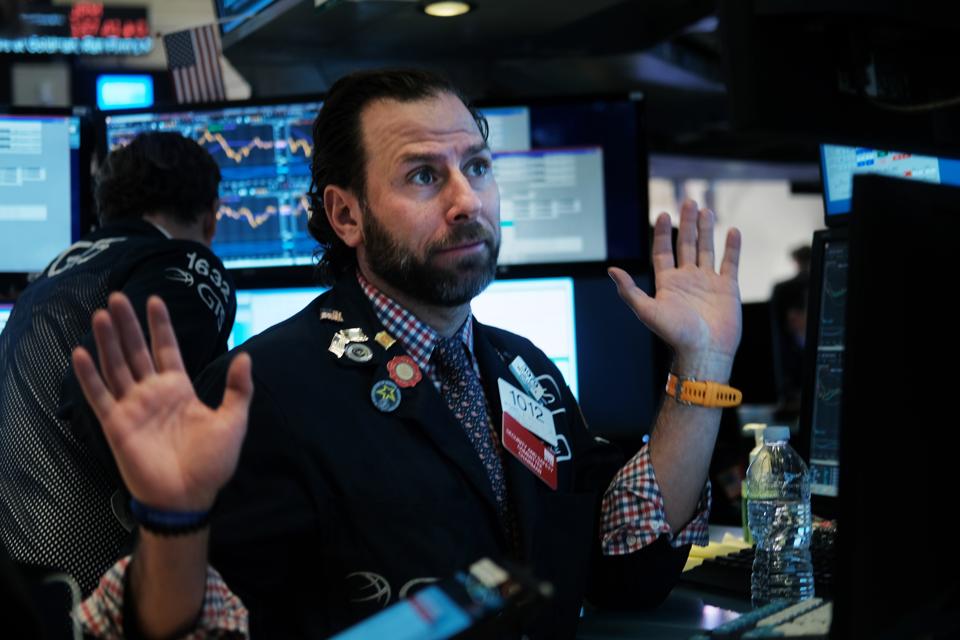 Market fears over the coronavirus sharply resurfaced this week.

Topline: The stock market fell on Friday with all three major indexes posting their first weekly losses so far this month as investors continue to worry about the rising number of coronavirus cases outside of China and the impact that will have on the global economy.

Crucial quotes: “Stocks experienced a minor bout of indigestion during the holiday-shortened week, although, in aggregate, the declines weren’t too dramatic,” wrote Vital Knowledge founder Adam Crisafulli in a note on Friday. He continues to find stocks “unappealing, largely on valuation grounds,” since clear “signs of market excess abound.” What’s more, he says, the service sector reading on Friday was especially alarming to investors. “Services has been the bedrock of the US economy, helping to offset the trade-induced slowdown in manufacturing,” Crisafulli describes. “With manufacturing still tepid, if services start to sustainably soften there won’t be many areas left to drive [U.S. economic] growth.”

Tangent: A variety of Federal Reserve officials spoke on Wednesday, suggesting that the current interest rate levels and monetary policy stance will stay on hold for the next few months. However, markets are already pricing in a rate cut later this year, according to Federal-funds futures. The central bank has previously said that it is “closely monitoring” whether the coronavirus will hurt the U.S. economy.

Big numbers: In terms of M&A activity this week, there were some notably big deals. Morgan Stanley announced it would buy online discount brokerage E-Trade for $13 billion, solidifying the bank’s shift to the wealth management business. Sprint and T-Mobile, which saw their $26 billion merger approved by a federal judge last week successfully negotiated a revised merger agreement on Thursday: SoftBank will get a smaller share of the combined company (24%)—to reflect Sprint’s declining financials over the last two years—while T-Mobile parent company Deutsche Telekom will receive a bigger ownership stake (43%).

Key background: The coronavirus has had a back-and-forth effect on the markets. Stocks have hit several record highs so far this year as prospects for the U.S. economy remain optimistic. But with the outbreak continuing to hurt corporate earnings and denting China’s already-slowing economy, investors remain worried about its negative impact on the global economy. A variety of experts are forecasting that global economic growth in 2020 will be reduced by 0.2% to 0.3%, while in the U.S., first-quarter growth could take a 0.2% to 0.4% hit.

How Seasonal Affective Disorder Can Wreak Havoc On Your Productivity