Breaking
Looking To Improve Efficiency In Your Business? Here’s...
AI and machine learning for business
How Social Media Changed the World
Shopify: The Pros and Cons
Should your business go green?
Expanding Your Business Into Spain: What You Need...
Essentials For Your Office Coming Out Of COVID-19
What Can Marketers Learn From Digital Cults?
Why NASA’s James Webb Space Telescope Will Never...
Increasing HR Effectivity and Efficiency through Software Solutions
The Difference Between Building A Startup In Bull...
Fluor Corp Ranked Among Today’s Top Shorts
Common Pitfalls to Look Out for When Buying...
Will the Olympics go ahead this year?
Pack Up the Big Top: Insights from MozCon...
Best WordPress Themes for Blogs
Home General ‘A Beautiful Day In The Neighborhood’ Gives Nod To Mister Roger’s Pittsburgh
General 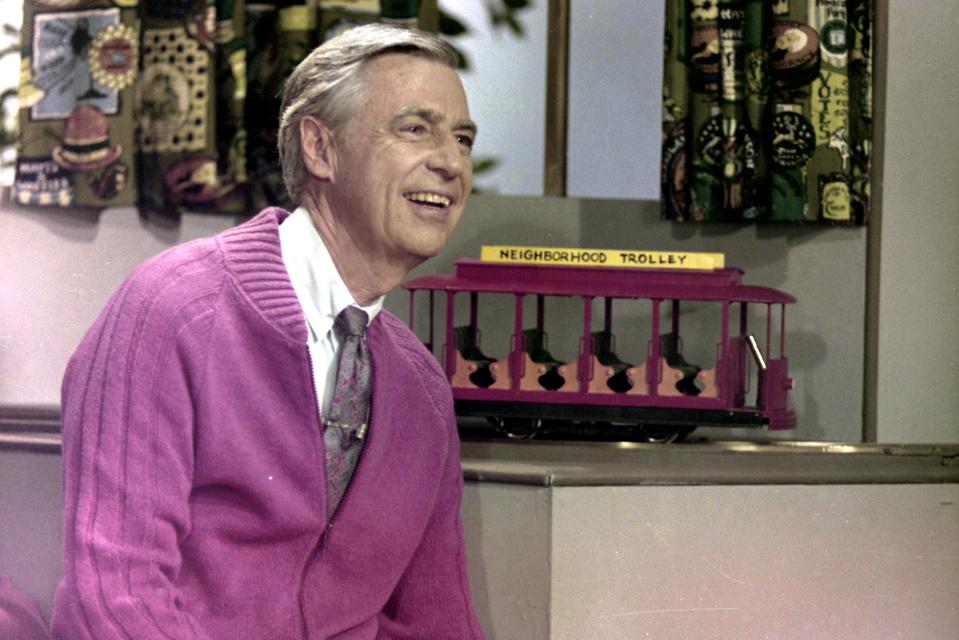 Pittsburgh enjoyed decades of beautiful days in the neighborhood when Fred Rogers was at WQED Studios creating the PBS series Mister Rogers’ Neighborhood (1968-2001). A multitasker before it was fashionable, Rogers created the land of make-believe, chose the team behind it and took on the roles of host, head writer, musical composer and puppeteer. His presence in the steel city would leave those same threads of kindness and empathy that run through all 895 episodes of the show, the threads that wove Rogers into the fabric of so many lives.

The filming and November 22 release of A Beautiful Day in the Neighborhood directed by Marielle Heller and starring Tom Hanks as Rogers and Matthew Rhys as Esquire journalist Tom Junod, has become nothing short of a family affair in Rogers’ adopted city of Pittsburgh thanks to the icon’s legacy and Heller’s inclusion of those people, places and things that helped Rogers set the stage of success for Mister Rogers’ Neighborhood.

Rogers, who died in 2003, grew up in Latrobe, Pennsylvania a small town about an hour’s drive from Pittsburgh, but there is no denying that Rogers, who built the show and his family life with wife Joanne and their two sons in the city, laid down heavy roots there.

Dawn Keezer, Director of the Pittsburgh Film Office, recently discussed with me the mutual collaboration between the city and the filmmakers which sounded rather Fred Rogers-like when it came to enthusiastic cooperation and genuine respect.

Said Keezer, “What’s interesting about A Beautiful Day in the Neighborhood is, you know, Mr. Rogers plays a very large part in it and being that Pittsburgh’s his neighborhood…everyone here in the region seems to believe they’re part of Mr. Rogers’ neighborhood too, which is a wonderful thing. And we all feel a real strong sense of ownership about this project and about this film. So what was nice about it is everybody was doing everything they possibly could to…make sure the film was actually made in Southwestern Pennsylvania and…to pull out all the stops to make sure that they could get the set pieces that they needed, that they got to film at WQED and the actual place where Mister Rogers was made. The Mister Rogers’ company (Fred Rogers Productions) let them come in and measure the actual tree and the actual— all the different set pieces themselves. They were able to interview and work with people who had actually worked on Mister Rogers at the time when they were recreating his show. So it was a real group effort. It was a real community effort and I think everyone’s thrilled to be able to finally get to see the finished project…”

While Pittsburgh was the logical choice for filming, Keezer notes that that the experience wasn’t without challenges.

“This film was very stressful primarily because of the lack of film tax credits that were available to this project when they called us to say they wanted to come and film this movie in Southwestern PA. The film tax credits, which is an incentive program we’ve had at the Commonwealth of Pennsylvania now for 14 years, is our main driver of getting business into the region. It is a global competition to get film business into different locations and our film tax credit program is woefully underfunded and oversubscribed. We always have far more work than we have funds.”

Keezer says that while the film, should have been an immediate “slam dunk,” when it came to getting everything rolling, that first tax-driven piece was shaky.

“It’s Mister Rogers. It’s a great story. It’s community-based. Everyone’s going to know about it. This’ll be great. But without the film tax credits available, it made it much more of a challenge. That’s when it took a real team effort, primarily led by Senator Jay Costa, to get us the funds needed, the incentive needed to keep this project in Pennsylvania. So once we got over that hurdle, the rest of it was pretty easy and we’re excited.”

Sadly, tax issues wouldn’t be the only challenge. The cast, crew and film community suffered a terrible loss on October 11, 2018 when Emmy Award-winning sound mixer James Emswiller died after an onset accident. The filming would continue, but hearts were heavy after the loss of a valued colleague whose professionalism was matched by his kindness.

“He was always the guy I took people to when I took visitors to set, which I do very rarely. But when I bring an elected official, I knew I could bring them to Jim and he would tell them what was going on and he would do it in a way they could understand,” said Keezer.

Never ones to hold back important opinions, the Pittsburgh community, including those who personally knew Rogers seem smitten with Hanks in the role of the icon.

Said Keezer about the actor, “I think that it just sort of fit…And then when you see it, when you first saw the publicity stills, it’s just like, ‘Wow, he embodied Mr. Rogers.’ And then he kept doing so many kind things in Pittsburgh. You know, he showed up for the Tree of Life Memorial [after the October 27, 2018 mass shooting]. He showed up for Get Out The Vote. He showed up for Pittsburgh.”

Longtime friend and colleague David Newell, the actor who Rogers cast as speedy delivery man Mr. McFeely in 1968 and who continues to make special appearances on behalf of the show, concurred.

“It’s perfect casting,” said Newell in a recent podcast interview before he headed off to an early film screening in Manhattan.

“One day I was on the computer and I happened to come across a picture or a story about the film, and I looked up and I said, ‘Where did they get that picture of Fred? I’ve never seen that before.’ And here it was Tom Hanks…They had released the first image of Tom Hanks in his Mr. Rogers’ sweater and sneakers…I can’t think of another actor who— I’m sure there are plenty of actors who could do the part, but not with the appeal that I think Tom Hanks has.” 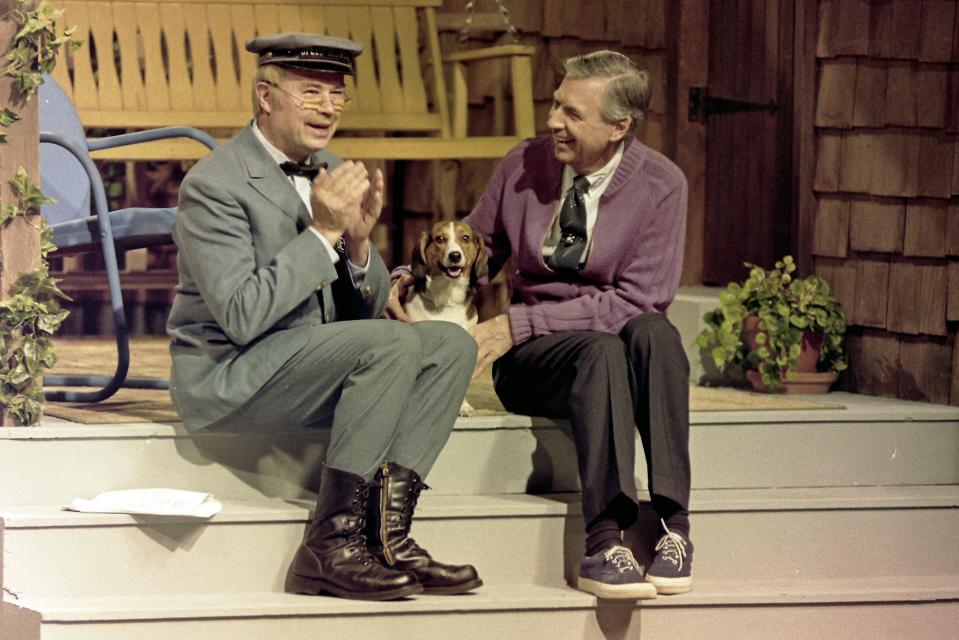 In what feels like a beautiful nod to the relationship between Mister Rogers Neighborhood and the feature film, Newell and some of his former colleagues can be spotted in film cameos. Interestingly, the “speedy delivery” actor who also served in a PR role for the show way back when had another hand in the film. He was the guy who fielded questions and set up Rogers’ interviews, including the Esquire request from Junod in 1998.

Newell doesn’t take any credit for the connection, but he does reflect on the friendship between Rogers and the reporter which wasn’t an unusual occurrence for Rogers who was all about relationship building.

“Fred was the kind of person who would write notes and he wrote notes to people all the time and kept up these connections. He made a lot of good friends from interviews that he had had that he did over the years.”

“He was such a kind person and it came out of who he was. It wasn’t an act, you know, it wasn’t just for television. It was, what you see is what you got with Fred Rogers.” 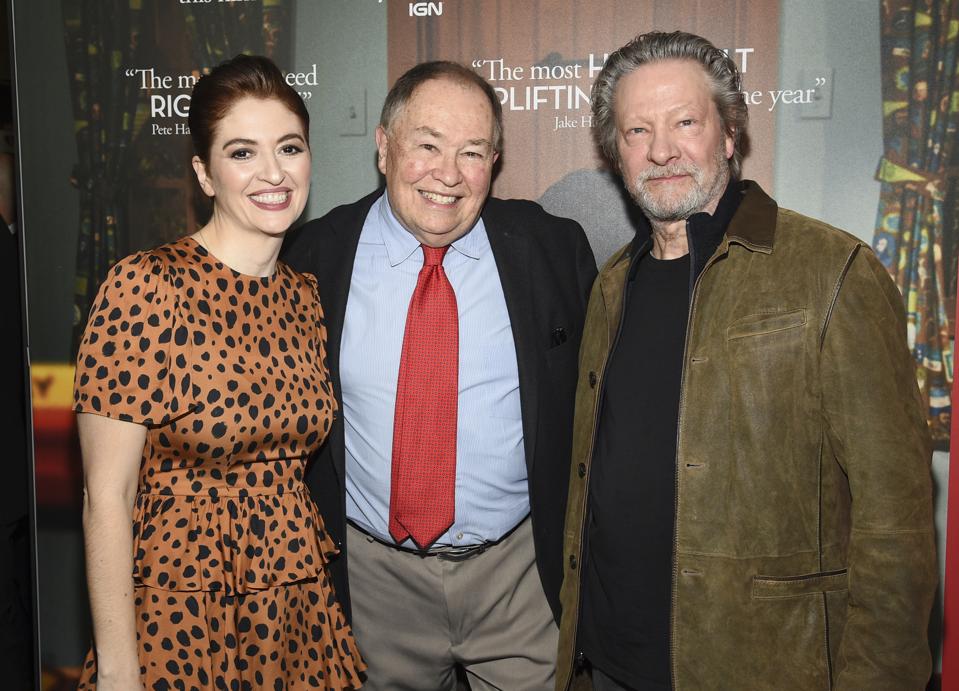 Director Marielle Heller, left, actor David Newell, who played Mr. McFeely in the original “Mister … [+] Rogers’ Neighborhood”, and actor Chris Cooper pose together at a special screening of “A Beautiful Day In The Neighborhood” at the Henry R. Luce Auditorium on Sunday, Nov. 17, 2019, in New York. (Photo by Evan Agostini/Invision/AP)