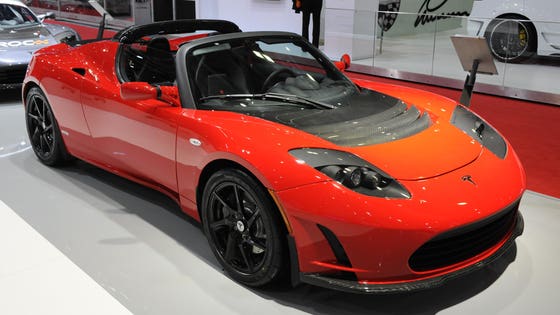 If you sat down to interview a glum Elon Musk in a hotel meeting room on a chilly Detroit day in January 2009, there’d be little to suggest his struggling electric car startup would end the 21st-century’s first decade on a high note. Tesla was nearly out of cash amid a painful recession, had just closed its Michigan office and was struggling to get electric Roadsters to its first buyers. But a call came in that brightened Musk’s mood: Daimler agreed to buy Tesla batteries and motors for a test fleet of electric Mercedes. A small deal but the first of many lifelines that kept Tesla afloat.

As 2019 closes, this impulsive, polarizing South African-born entrepreneur is a multibillionaire–Forbes estimates his net worth at $26.1 billion–on the cusp of delivering much of the clean transportation future he mapped out in a 2006 manifesto. No one has played a bigger role in the decade’s future-oriented transportation changes, which include Uber’s rise and the ridesharing revolution led by hard-charging founder Travis Kalanick; Google’s self-driving car push and its spinoff as Waymo; commercialization of laser LIDAR sensors for robotic vehicles started by Velodyne; autonomous trucks from startups like TuSimple; and smartphone-enabled mobility apps like Waze and Moovit that took some of the stress out of commuting.

As with other green energy companies, Tesla got a boost from government subsidies designed to promote alternatives to foreign fossil fuels. Started in a Silicon Valley garage, it shifted to mainstream automaker in 2010 when it bought a mothballed plant in Fremont, California, from Toyota, funded by a low-cost Energy Department loan. Without that bargain-priced factory, Tesla couldn’t have delivered the Model S sedan in 2012. The car was a breakthrough, a battery-powered wonder that topped all expectations and sent Tesla stock on an upward tear. Model X, a pricey crossover with tricky-to-build falcon-wing doors, followed in 2015 after numerous delays, but Musk’s next coup was the Model 3 sedan in 2017, positioned as the first affordable Tesla.

Musk, whose initial fortune came from the sale of his stake in PayPal where he was a cofounder, couldn’t figure out how to sell it at a long-promised $35,000 base price and suffered through months of “production hell.” But by 2018 the Model 3 had become Tesla’s sales volume leader. The Model Y crossover, built off the 3 platform, is due in 2020. A restyled electric Roadster is in the works, as is an electric semi and the controversial, wedge-shaped Cybertruck pickup that debuted in October 2019.

Musk’s sci-fi nerd instincts have built a vast fanbase, drawn hundreds of thousands of Tesla buyers and made him very rich (though relatively cash-poor). The bulk of his wealth stems from owning about a quarter of Tesla, the value of which has spiked since its 2010 IPO, despite never posting an annual profit. Powered by investors’ singular faith in Musk’s vision the smallest U.S. carmaker, which was close to death in 2009, has a $73 billion market cap as of Dec. 20, dwarfing that of vastly larger GM, Ford and Fiat Chrysler.

Although he’s turned Tesla into the global leader in electric vehicles, the past decade has brought new crises, including battery pack fires, high management turnover, reports of problems at its factories (including a high rate of safety violations at Fremont)  and litigation over deaths of customers using Tesla’s Autopilot driving feature. Musk has also created multiple headaches with careless Twitter comments and insults. The former brought SEC litigation that cost him $20 million and the Tesla chairmanship; the latter forced him to go to federal court in Los Angeles to defend himself against a lawsuit brought by a British rescuer Musk called “pedo guy.” (A jury decided the insult wasn’t defamation.)

Tesla enters the 2020s as a far bigger entity than the struggling startup it was at the start of the 2010s, and Musk is light years from that low point in Detroit in January 2009. But with his impulsive nature and itchy Twitter finger, the test remains whether he’s the best person to run a company with a fast-growing global footprint that may soon be building and selling millions of electric cars a year. He’s also got competition across the spectrum, from startups including Lucid, Byton and Nio to global giants Volkswagen and General Motors who are all accelerating their electric lineups but sees vast opportunity ahead.

“We want to get Tesla volume to where it is … replacing 1% of the global fleet over time,” he said “The demand for new cars will rise as the world transitions away from combustion engine vehicles.”

Partners In Health In Rwanda: Lessons In Eliminating...